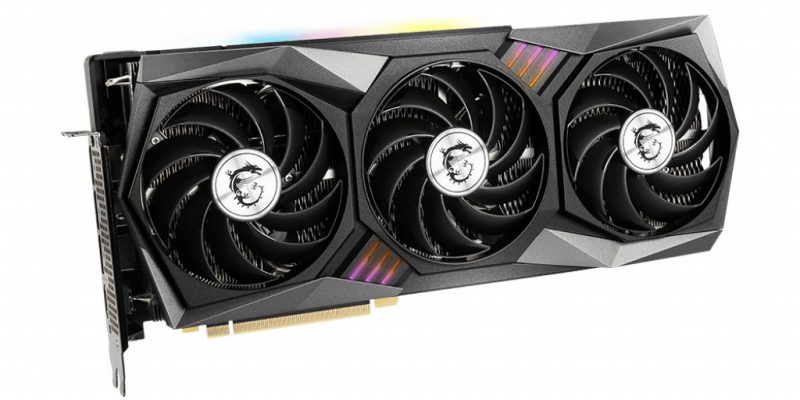 More details on the RTX 30 Series cards are emerging as the October 29 launch date draws closer. Today, both MSI and Asus revealed specifications for several models of RTX 3070 cards. We can expect a mix of OC’d and non-OC’d options from the two companies, but there will be plenty of other features for consumers to consider, too.

First up, we know about three different RTX 3070 models coming from MSI. There will be a Gaming Trio model, Ventus 2X OC, and a Ventus 3X. The Gaming Trio sounds to be the premium of the pack and features a base clock of 1500 MHz with a boost clock of 1770 MHz. This boost clock is a step up over the Founder’s Edition, which only reaches 1730 MHz. In addition to the improved performance, the Gaming Trio should see the same quiet operation of the 3080 variant with MSI’s revised TORX 4.0 fans. As the name suggests, there will be three of these fans. You will also be able to customize the card with RGBs and install the unit with a support bracket that comes in the box.

As for the RTX 3070 Ventus cards, the clock speeds are still unknown. The naming implies they will be overclocked though, so you can expect sufficient performance. We do know that they will feature several distinctions though. The Ventus 2X OC will feature only two fans and appropriately come in at a shorter length. It may lack some of the cooling power of the three-fan Ventus 3X. However, the design should make it a better choice for smaller PC cases. Also bear in mind that the Ventus cards will lack RGB. They should be priced lower than the Gaming Trio accordingly. 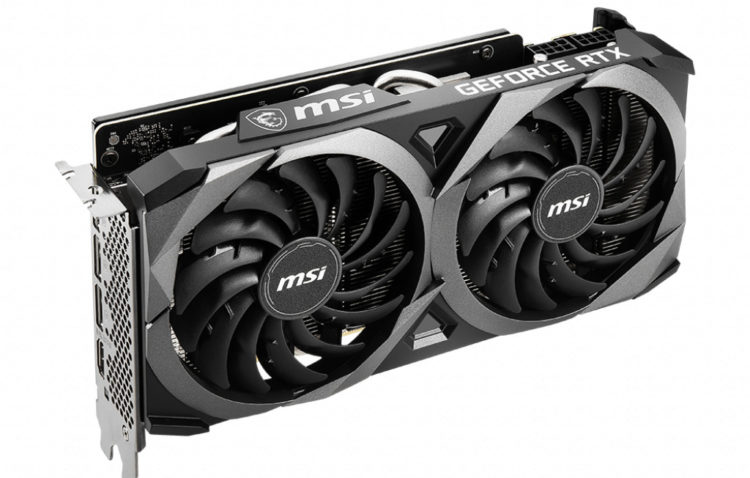 If not one brand, perhaps the other

Over at Asus, there are options aplenty, too. We only know of the non-overclocked models so far, but they are likely just as good as the coming Ventus cards. The core clocks and boost clocks for all three Asus models will be 1500 MHz and 1755 MHz respectively. The premium option from Asus will be the ROG Strix which features triple fans and RGBs. It’s a big card, you will want to consider your case dimensions if you’re interested in it.

Alternately, you may consider the RTX 3070 TUF model which will be slightly smaller, while retaining triple fans. Finally, there’s a two-fan option called the RTX 3070 Dual. It will save some space and include some things like manual fan speed controls. Both the TUF and Dual will include small RGB strips.

As far as pricing goes for either brand, that information has yet to be revealed. We know that the Nvidia Founder’s Edition MSRP is $500 USD. However, there will surely be a premium with most of these models, especially on those with RGBs. Considering the proven demand for the RTX 30 Series so far, they all may be a little higher than the Founder’s Edition pricing. 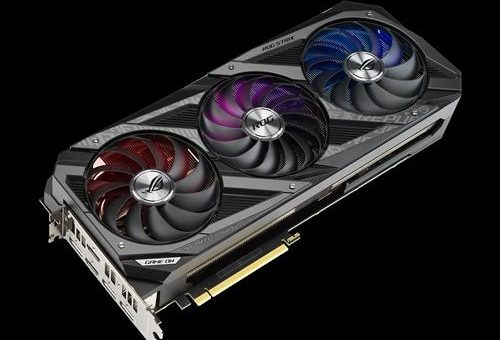 The RTX 30 Series has seen unprecedented demand since it launched back in September. Both the 3080 and 3090 models sold out within minutes of availability as a result of enthusiastic customers, human scalpers, and bots alike. The situation has led to a degree of controversy and outrage, as many want to turn RTX on for their personal gaming machines and enjoy next generation performance.

Both Nvidia and its AIB partners responded to the situation with new transaction methods as well as the two week delay on the RTX 3070 series. While both Nvidia and its partners have taken steps to increase inventory and prevent scalping, the RTX 3070 launch will likely be a bit chaotic, too. If you’re looking to score one on October 29, you’ll want to be ready around the exact availability release times. Alternately, you can queue up for your new card through EVGA.

By Michael Feghali55 mins ago
Hardware