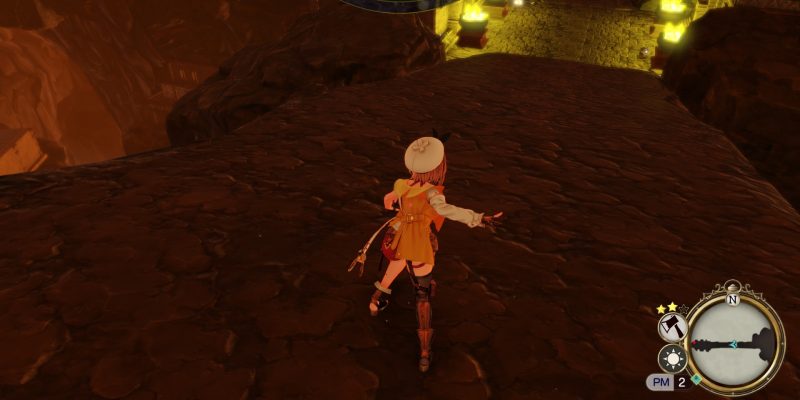 Atelier Ryza 2‘s big new feature is ruin exploration. But it doesn’t do a great job of explaining it. This guide will break down exactly what you need to do in order to spend less time wandering aimlessly while figuring the details out. The systems are a good deal more complicated than I was expecting, but this Atelier Ryza 2 ruins guide will lay them out so that they’ll be easy to wrap your head around.

For every ruin you explore in Atelier Ryza 2, you’re going to want to get 100% completion. This isn’t just for completionists either; it’s helpful in general. Getting 100% completion grants Ryza skill points and unlocks nodes on her skill tree, making it very beneficial to aim for. Keep in mind that this doesn’t apply to the first ruin you come across, as you can only partially access those in the beginning. The second set of ruins will let you get started right away.

What you’ll want to do is open your adventure journal and navigate to the ruins you’re currently in. This will show you what you need to do to hit 50%. These are almost always some variation of killing a certain number of enemies, gathering specific alchemy ingredients, or finding items in treasure chests. As such, make sure and read these and keep an eye out for anything that may fit the bill. The descriptions of the enemies are pretty clear, so it’s unlikely that you’ll be confused. Regardless, you’ll want to open every treasure chest on the map and gather any new ingredients that are available. 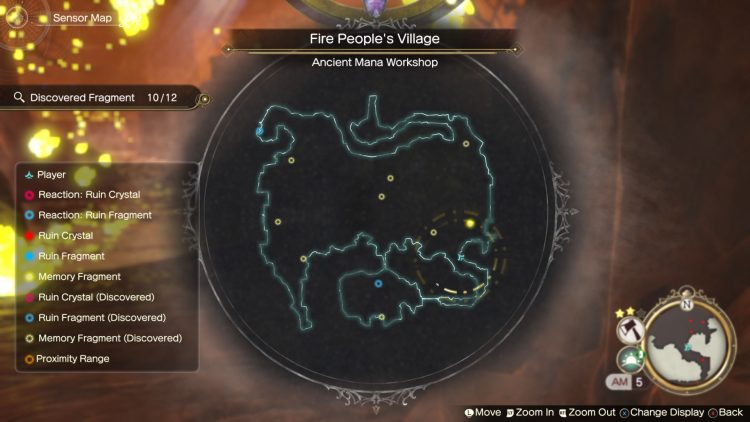 Take a look around

As soon as you complete the initial objectives, the magic compass that you found in the first set of ruins in Atelier Ryza 2 will glow and you’ll be able to use it to locate fragments. When you press the map button while this is available, it’ll take you to a different screen showing the fragment map. This screen tells you exactly how many fragments there are in that particular section, along with how many you’ve found. Both yellow and blue fragments count towards the total. You’ll notice a yellow circle surrounding Ryza’s position on this screen. Any fragments within the radius of that circle will show up on this screen.

All you need to do is make sure you take a look at the screen for every part of the map, which will highlight the fragments. Fragments themselves come in four varieties. The most common is the basic yellow one that you simply pick up. The next is the yellow one that changes into the remnants of people having a conversation. Then you’ve got fragments that manifest as a shadow enemy that you’ll need to defeat. Finally, there are the blue fragments that have a beacon showing their location on the compass screen. When you pick these up, they add a location where the lore is tied together.

Once you have the corresponding blue fragment in Atelier Ryza 2, the location where it was picked up will show in the adventure guide. Once you select the location (if you have enough completion), you’ll see a few different sections with glowing circular slots. Hovering your cursor over these will show a bit of text, with two-to-four phrases highlighted in green. What you want to do is select the spot and then find the memory that has corresponding text. For instance, if the incomplete lore has a highlighted phrase about blacksmithing, then you’ll want to find a memory that also has a highlighted phrase about blacksmithing. Just do that and you’ll have 100% completion in no time! 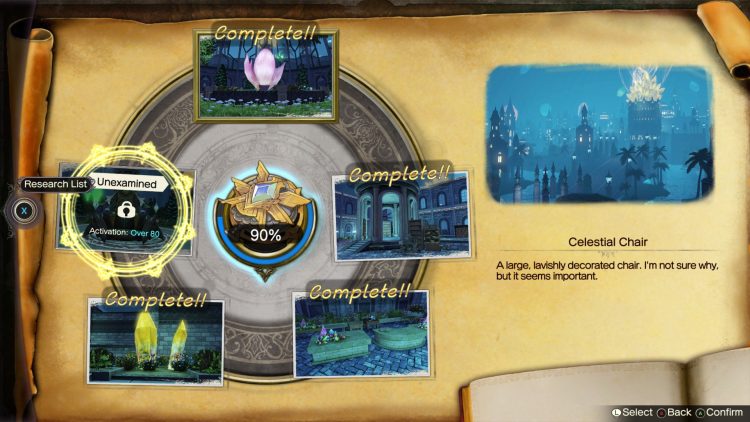