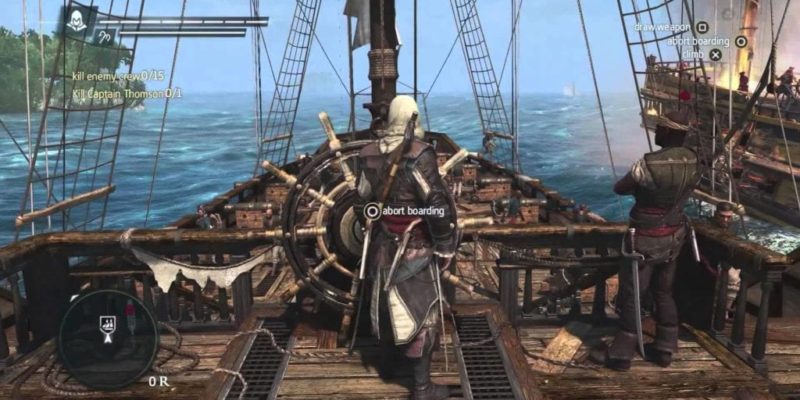 Arr! Be ye int’rested in Assassin’s Creed 4: Black Flag? Then swivel your spyglass to this narrated gameplay footage, which shows off some naval exploration, treasure hunting, ship boarding, and an assault on a fort.

Multiplayer aside, I didn’t like Assassin’s Creed 3, so I’ve been pretty wary of Assassin’s Creed 4 ever since its announcement. This trailer, though… well, I admit it actually looks like a step in the right direction.

The naval stuff looks considerably expanded from AC3. Synchronisation points appear to be fast travel points, too, giving speedy access to every corner of the gigantic map. Boarding ships, building up your fleet, and upgrading your flagship are all of high importance. Battles spontaneously erupt between rival nations in the waters. Forts can be captured, causing them to work for you and fire their cannons at enemy ships nearby. This is starting to look like a fun combination of Assassin’s Creed and Sid Meier’s Pirates!.

Also, the music is fantastic, and the trailer’s well worth a look for that alone.