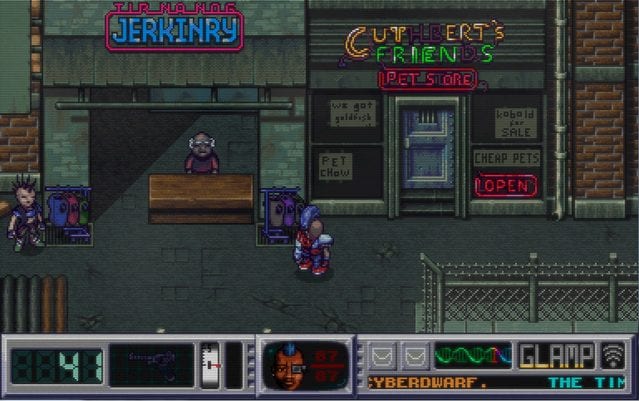 If, like me, you once upon a time donated some money towards the sequel to the best RPG ever made, then you might be wondering if Barkley 2 is still in production. The answer is ‘sure!’ according the latest Kickstarter update.

Originally funded back in 2012 with $120,000, the game known by its full title The Magical Realms of Tir na Nog: Escape from Necron 7 – The Revenge of Cuchulainn: The Official Game of the Movie – Chapter 2 of the Hoopz Barkley SaGa is edging ever so slowly towards completion. “The game is still being worked on despite every evidence pointing to the contrary,” say apostrophe usage contrarians Tales of Game’s.

The current development work is “mostly the clean up of NPC’s and Quests, making sure every permutation is taken into consideration, fixing inconsistencies in the dialog and overall making sure they are all as they should be”. In the latest update you can see a couple of videos of the game in motion, including a heart-stopping quest to pay the mortgage on time. Quite literally exactly what I want from Barkley 2.

Here are a few images, too.