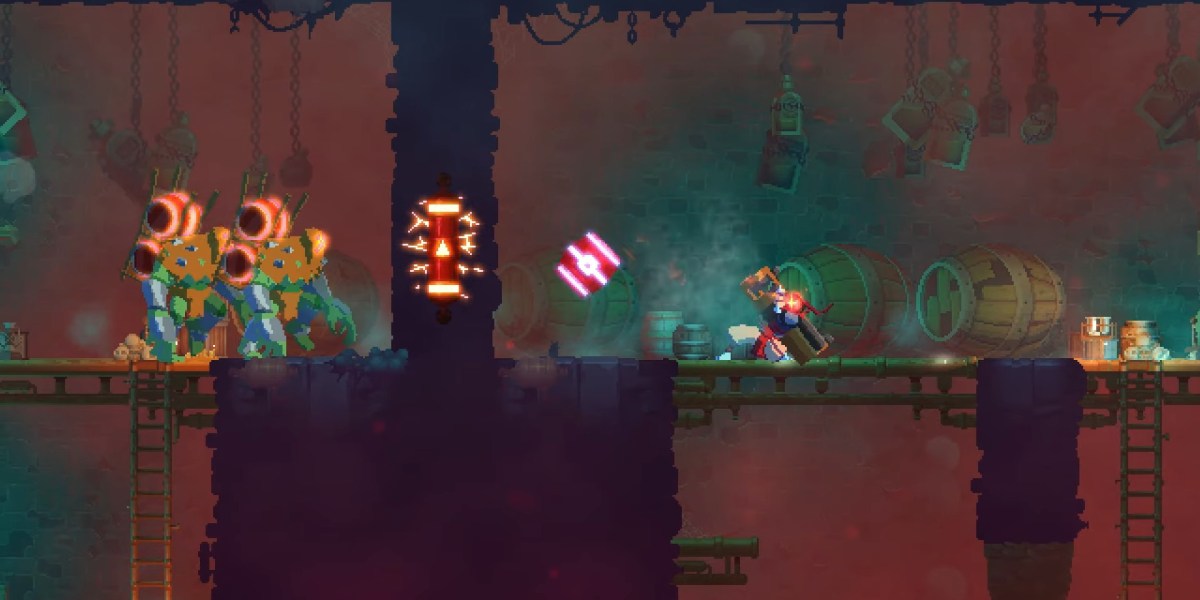 Marking the 20th content update for Dead Cells, Motion Twin released the Barrels O’ Fun update for the game on Steam yesterday (following the recent Update of Plenty). It’s free to download now, and it adds a lot of content, so make sure to update your game! It’s also coming later this summer to PS4, Xbox One, and Switch.

In addition to the new biome, the update brings two new items: The Barrel Launcher and Tesla Coil. The Tesla Coil is a shock-inflicting turret that can target multiple opponents at once. Clearly, we’re here for barrels, though. The Barrel Launcher shoots explosive barrels at enemies, but be careful! They can throw them back, too.

The barrel theme goes beyond that. The Derelict Distillery was a swath of new enemy types, each with a barrel loadout, as well as destructible walls (of course, only destructible with barrels).

Oh, and there’s a new soundtrack

Flaming barrels and a brand new biome still can’t top the new soundtrack. Barrels O’ Fun adds includes an 8-bit version of the original soundtrack, and it sounds incredible (just watch the gameplay trailer above). You can switch between the original OST and the chiptune version in the settings, but you should really stick with the chiptune one, because it sounds great.

To mark the occasion, Dead Cells is 40% off on Steam now. If you haven’t already, make sure to pick it up. The promotion ends August 24.