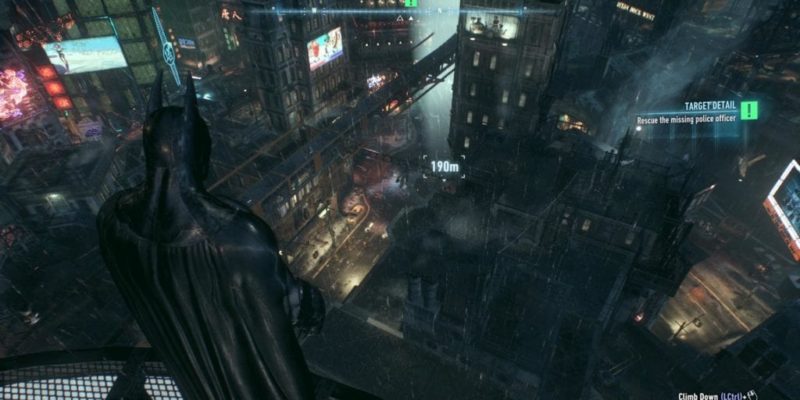 An announcement made on the Batman: Arkham Knight Steam community group suggests that the troubled PC title will return to sale later this month.

Initially released in mid-June this year, the PC version of the latest Arkham jaunt had more problems than the Gotham police force. Poor performance (even on high-end machines), texture pop-in, outright missing effects, and suggestions that the PC port had been hurriedly outsourced by Rocksteady to a third-party developer, all resulted in a disastrous launch.

Batman: Arkham Knight was a major embarrassment to both publishers Warner Bros and GPU company Nvidia, who had demonstrated 60fps performance and (missing) graphical effects in a pre-release video. Nvidia had also included the game in various promotional bundles.

The game was pulled from sale on Steam, and those who’d purchased the game for PC (even through key sellers like GreenManGaming) were eventually offered refunds.

“While there were significant performance improvements made to the game, the teams are continuing to work on additional updates,” the Steam announcement reads. “We expect these updates to be ready at the end of October, at which time the PC version will be made available for purchase.”

It adds that “support” for all the DLC so-far released on console will also be included. PC players who’ve put up with this gigantic, months-long clusterfuck of a release might have been hoping for some free DLC by way of a compensatory gesture, but it doesn’t sound like that’s going to happen.