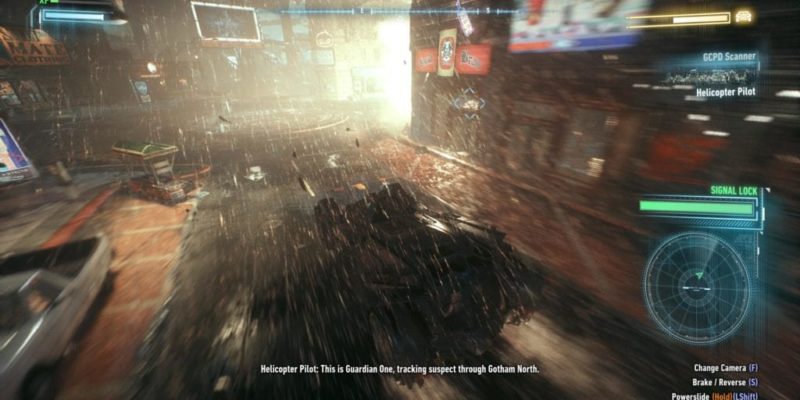 In response to the steady realisation that Batman: Arkham Knight is still suffering from major problems on PC, Warner Bros have extended a full refund offer on the game to the end of 2015.

Despite returning to sale last week (after being pulled from purchase in June), Batman: Arkham Knight still had significant problems. Those who’d stuck with the game found that many of the issues that affected it at launch still remained. Few additional improvements or fixes seemed to have been employed since an “interim” patch put out in September.

Whether this was down to a lack of resources being allocated to the rescue project, or something which points to much deeper, systemic problems with the way Batman: Arkham Knight handles on PC, is not exactly clear. But the end result is that many people can’t play it to the expected standard.

In a statement on the game’s Steam community hub Warner Bros go some way to acknowledging the problems, writing “We worked hard to get the game to live up to the standard you deserve but understand that many of you are still experiencing issues.”

“Until the end of 2015, we will be offering a full refund on Batman: Arkham Knight PC, regardless of how long you have played the product. You can also return the Season Pass along with the main game (but not separately).”

An addendum from Valve notes that some playtime-based refunds are being accidentally rejected at present, but this is being looked into and should be resolved shortly. Players are encouraged to re-submit any rejected requests.

For those who after all this still want to keep hold of the game, Warner Bros say “we are going to continue to address the issues that we can fix and talk to you about the issues that we cannot fix.” The latter half of that sentence is, to my knowledge, the first time the company has admitted that there are certain issues with Batman: Arkham Knight that will never be resolved.

Why Not Give Consoles A Try?

Warner Bros. Has Given Up on Arkham Knight PC, Offering Refunds