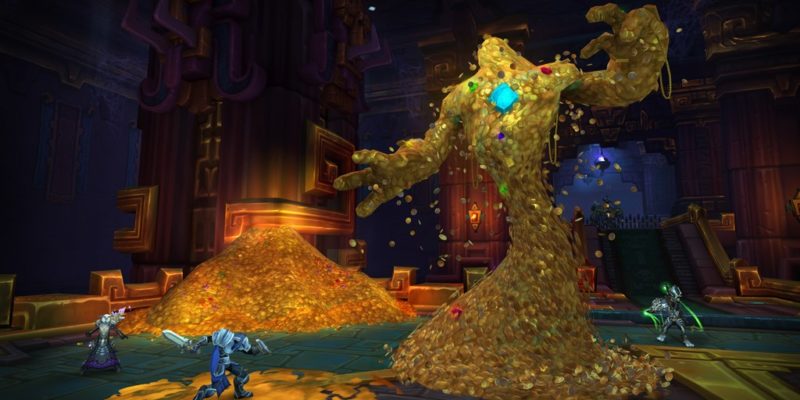 Recently, I managed one of the hardest challenges in World of Warcraft: Battle for Azeroth: I made the five million gold required to buy the Mighty Caravan Brutosaur mount. Of all my gold-making methods, the spare part farm has been the fastest, but it’s not the only method I used. In fact, I made the first three million very slowly, but steadily, flipping materials.

I first read about flipping materials on The Lazy Goldmaker. The profit on any individual sale is likely to be low, but because some materials are always in high demand, you’re almost guaranteed tons of sales. Once you had an idea of which materials were best to invest in, which times were best to buy, and which were best to sell, you could make a tidy, regular profit.

I used to make a lot of gold this way — but I haven’t used this method for at least a year. There are drawbacks. 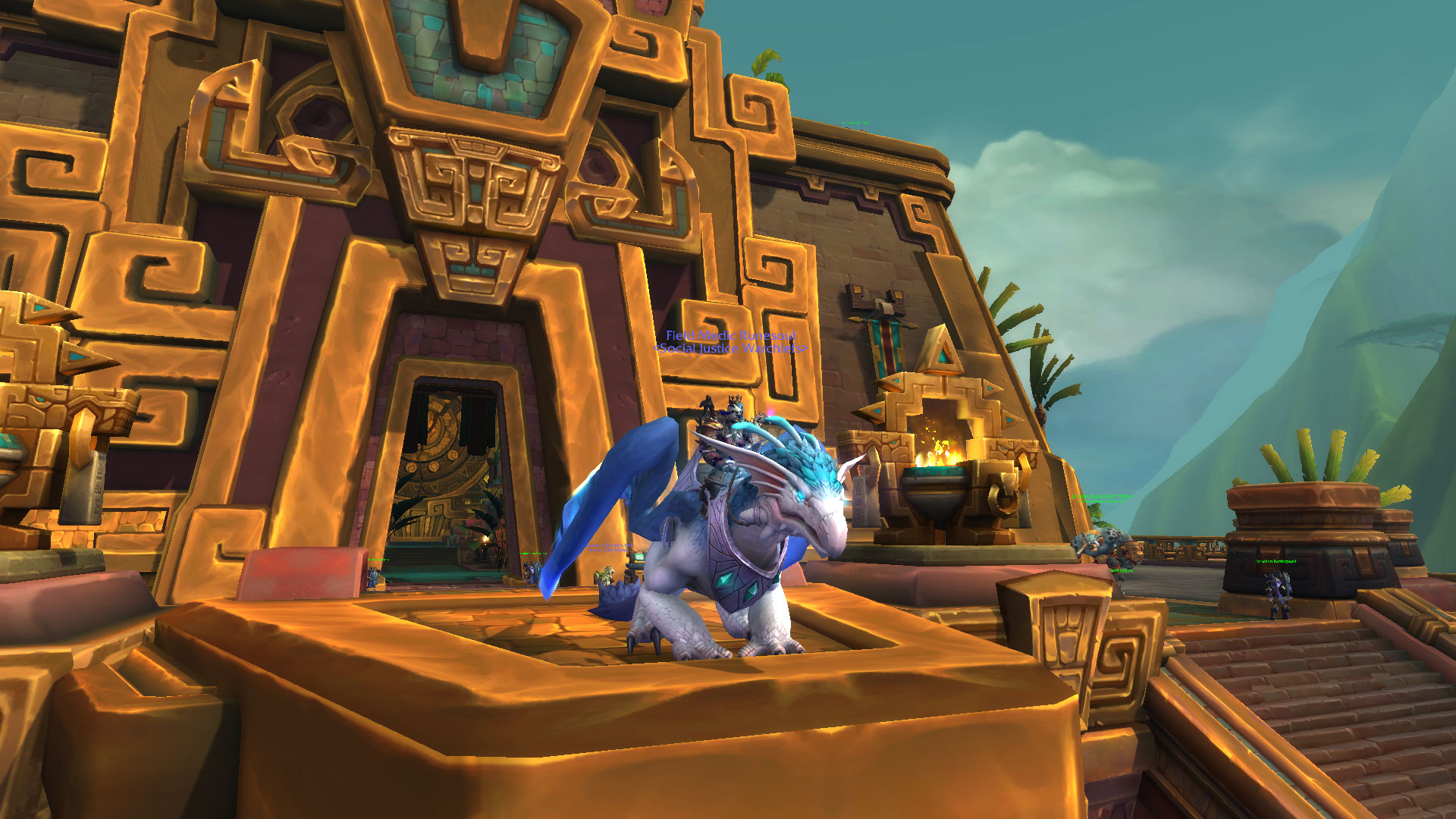 The first and most obvious one is that the entire in-game auction house system has changed. It’s been designed specifically to try to help stabilize prices, with methods discouraging undercutting. This doesn’t mean undercutting doesn’t happen at all, but it does make it harder to find deals. The second problem is this method works best when there are a lot of players — at the beginning of an expansion, for example. So there are drought periods where the only people really using the auction house are gold-makers desperately trying to resell all the same stuff to each other. Finally, it takes a long time. Lots of money comes in, but lots goes out as well. Over time, your pile of gold does get bigger, but not nearly as quickly as it will if you do something more proactive.

If you are interested in trying out this method, I can only recommend getting BillisOnyxia’s TradeSkillsMaster profile. It’s the profile I used and relied on while I was flipping. The genius thing about it is it’s set up in a way where you cannot post for lower than you paid — so it’s nearly impossible to sell your items at a loss. BillisOnyxia has also created a profile for Classic for those struggling to make gold there.

Making gold through war tables required a lot of alts, which means I started Battle for Azeroth with an entire army — and nothing for them to do. Thankfully, there are still many ways to make gold with an alt army. And with the current 100% experience buff, it’s never been easier to get alts to max level. 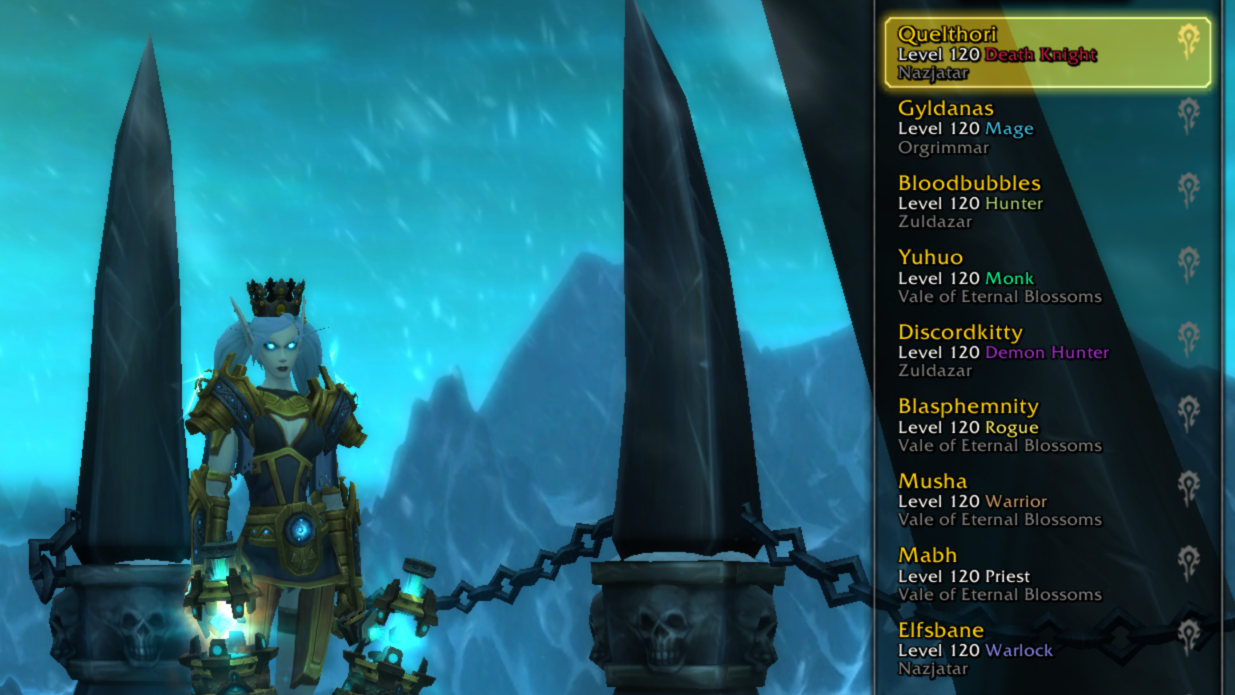 Making gold with an alt army just means taking advantage of the content that is rare but rewards a lot of gold. For example, sometimes an emissary quest’s reward will be 2,000g. I have 12 max level characters, which means I can make up to 24,000g every time a gold emissary quest is up. Every now and then, a character might even fill up a reputation bar and earn a paragon chest, which is another 5,000g or so per chest.

The Island Expeditions weekly quest sometimes rewards a gold mission worth 5,000g. Even if you don’t get this mission every time, there are other ways to make gold through Island Expeditions. Hazelnuttygames has a good video that mentions some.

Lately, 8.3 content has been particularly rewarding. As Visions of N’Zoth assaults cycle around Uldum and Vale of Eternal Blossoms, various rares become available to kill. These rares drop a variety of rewards, including mounts, pets, and toys. Targeting the rares who have a chance to drop pets is something you want to do, as you can sell those pets on the Auction House, and they’re still selling for a lot. As an example, I’ve sold three K’uddly pets, the pet that drops from the Vale of Eternal Blossoms rare spawn The Forgotten, for 75K each. 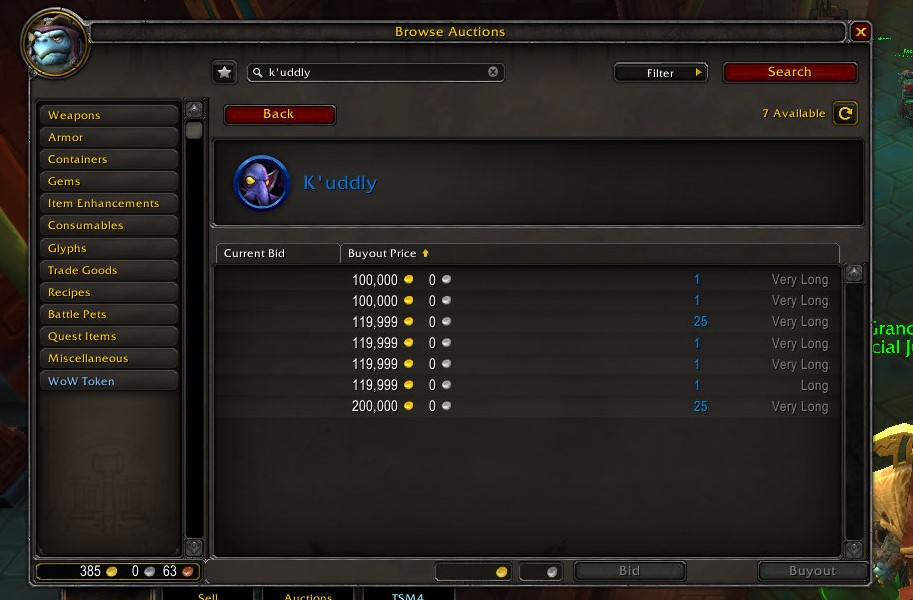 And prices are only rising.

Finding these rares can be time-consuming, and the pet isn’t a guaranteed drop. To be fair, you wouldn’t be able to sell the pets for so much gold if they were. To speed up the pet farming process, take your character to the rare’s spawn point, then hunt for groups in the group finder. Many people post when these rares are up. Do not join camping groups though. These groups are a waste of everyone’s time, as they gather everyone on a single realm, waiting for a single spawn.

Finally, you can use alts’ professions. I have three engineers whom I use to make Sky Golems, a mount that’s always in demand for its ability to harvest materials without dismounting. These golems sell on my realm for 30K each. I can only make one per month per character, but that’s still 90K easy gold a month.

These are just my own ways of making gold, but they are not the only gold-making methods that exist. They work for me, as they already fit into my play style. Ultimately, only the methods you enjoy most will work best for you. If one form of gold-making is too painful, too much of a chore, or just not fun anymore, then don’t do it.