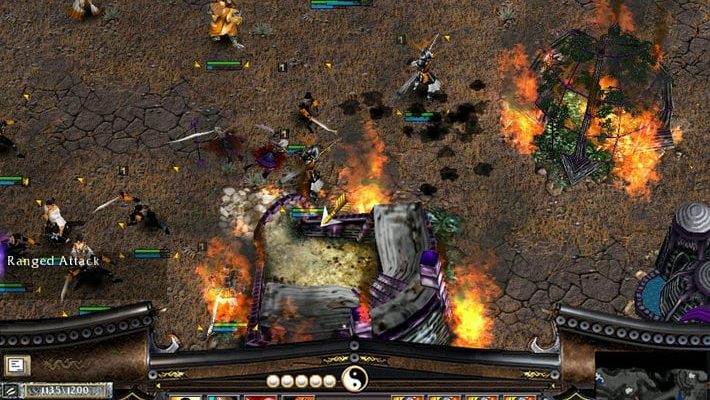 GOG’s massive summer sale is coming to a close with a 24 hour repeat of every deal so far – including free copies of Battle Realms. I’m fairly sure you lot like free games, so I thought this was probably worth a mention.

Battle Realms is an RTS released back in the dark old days of 2001, which I really rather liked. Themed around a fantasy version of feudal Japan, it put you in control of one of four clans vying for power, and used a relatively unique Yin/Yang system to reward you for taking part in combat with points that could be spent on hero units or upgrades.

And now it’s free on GOG! Head over to GOG’s main page and scroll past the vast field of deals swaying in the breeze, and you should come across the “free Battle Realms” button. Click that and at some point in the near future you’ll be emailed a code for the game. Battle Realms is regularly priced at $9.99, so it’s not a bad little saving.

I believe this freebie also includes the Winter of the Wolf expansion. While it’s not mentioned in the deal itself, I don’t think the original is on GOG except as part of a bundle containing both.

While you’re at it, you might as well also take a peek at those deals, as there’s some good ‘uns in there. The Wolf Among Us for $6.24? Huge amounts of Bullfrog stuff for $13.09? Yes please.