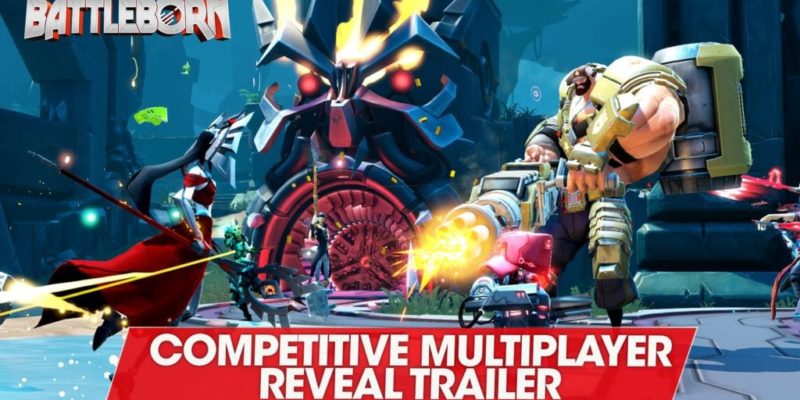 Battleborn comes with three team based competitive multiplayer modes, Capture which is a capture and hold deathmatch, Meltdown where heroes must guide minions to their death in the incinerator to score points, and Incursion where heroes must defend a base from AI controlled minions.

To demonstrate all these a new trailer has been released.

The big news for everyone is that the Battleborn open beta test is “coming in 2016” which may be a little later than some might have hoped.

In other testing news, Gearbox will beholding a small closed technical beta test on Thursday 29 October where players can try out Battleborn’s Meltdown competitive multiplayer mode and a new Story Mission called “The Algorithm” with 15 of the game’s 25 playable heroes. Testers can get heir name down for that here. Pre-loads of the client have already started for those accepted.

As far as characters are concerned, gearbox has also revealed ISIC, the powerful spirit-mech, as a new playable character who is described as:

“Once the lead manufacturing Magnus of Minion Robotics, ISIC abandoned his post to crash reality itself through the application of unthinkably complex code. Though debugged by Kleese, this Magnus is still regarded as among the most nihilistic and terrifying of the Battleborn“

Fallout 4 Achievements have been revealed