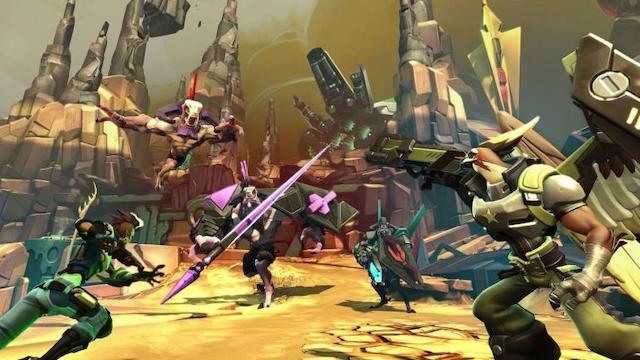 It’s been a good couple of years since Gearbox’s Battleborn got any kind of update. But today, 2K Games finally put the writing on the wall — Battleborn will soon ride off into the sunset. In an update on its official page, the company outlined its plans for the co-op themed shooter. It’ll remain online for a little bit longer, though some of its features will have limitations.

First off, the game is no longer on digital storefronts. So if you didn’t buy it before, you’re probably out of luck at this point.

Secondly, there’s only a short amount of time left to purchase premium Platinum currency for in-game items. The company noted that fans have until February 24, 2020, to make purchases. Once that date passes, players will only be able to spend what currency they already have in-game.

Finally, the game’s servers will shut down for good in January of 2021. That gives fans a full year or so to play with their buddies on teams. Once that’s done, however, 2K makes it clear that “Battleborn will no longer be playable.” And this is in any form — the game also won’t be accessible for single-player, either. “Battleborn won’t be playable in any way,” it makes clear at the bottom of the report.

Battleborn initially released in May 2016, in the hopes of giving Gearbox Software a new franchise to lean on. Unfortunately, a huge competitor stood in their way — Blizzard’s Overwatch. As a result, the game never found its footing and struggled to maintain an audience.

At least fans still have time to enjoy it for a little while. It beats the game vanishing today, right? If you’re feeling nostalgic, check out the gameplay trailer above. And don’t weep too hard for Gearbox — Borderlands 3 appears to be doing just fine at the moment.

Project xCloud won’t get any exclusive titles — for now