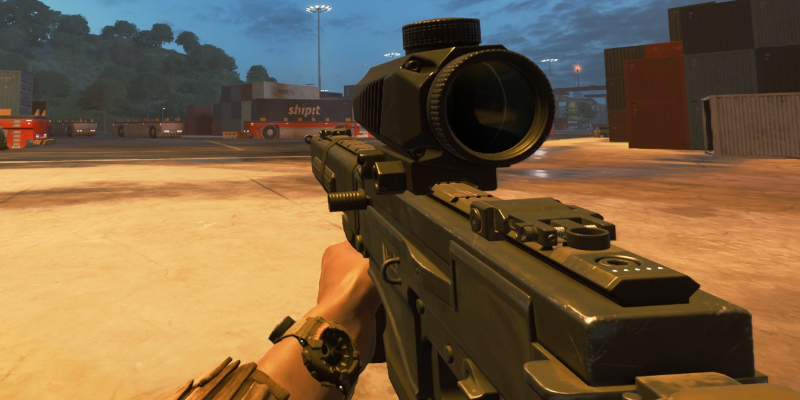 Nothing quite says Battlefield like camping with a sniper rifle or a DMR. It may frustrate other players, but there’s no doubting the value that a skilled marksman can bring to just about any team. Right now the best marksman rifle in Battlefield 2042 is the SVK. So those who are confident in their ability to click heads will want to know how to get the most out of this gun. Thankfully, PC Invasion has you covered.

Since this is a DMR build, it’s important to take advantage of a higher zoom optic. I find the M22 3.5X to be perfect, as it provides a nice amount of zoom without going overboard. Some other good options are the Bravo 3X and the M11 6X. It can also be worth switching to a lower zoom optic like the Fusion Holo when playing aggressively.

The High-Power ammunition type ensures that the SVK remains a two-shot kill at all ranges. The Standard Issue provides far superior handling, but loses that two-shot capability at long range. A downside to the High-Power ammo type is that it does recoil fairly heavily, which can take some getting used to. Shooting on the move is ill-advised with the SVK as it suffers from a huge accuracy penalty if fired while moving. It’s better to stop moving and then take your shot. To improve accuracy for these moments, it is best to use the Cobra Grip, which improves accuracy when standing still. This does come at the cost of an increased penalty for shots while moving, but you shouldn’t be trying to do that anyway.

The Champion Muzzle Brake is an incredible attachment that greatly reduces vertical recoil. By minimizing the kick between shots it becomes far easier to land a follow-up shot, finishing off any targets that survived the first. Those looking to play more aggressively with a close-range build should instead opt for the Shortened Barrel, as it improves the SVK’s slow fire rate. 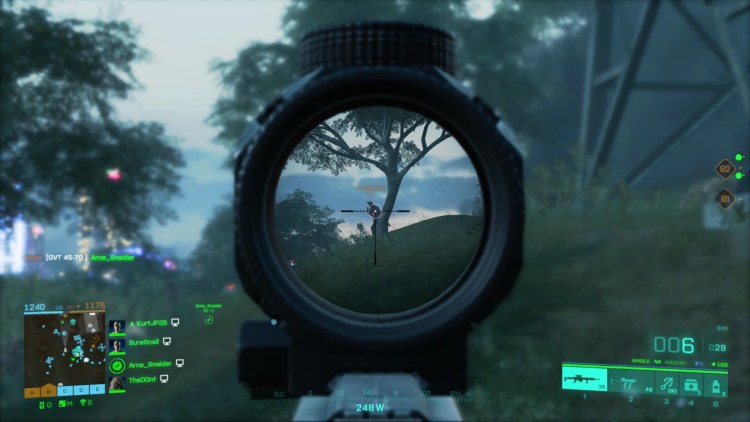 As with all the DMRs in Battlefield 2042, the SVK benefits greatly from being used alongside a fast-firing handgun. Regardless of how it is built, the SVK is never going to be a great weapon for close-quarters combat. For these situations, it’s better to switch to a secondary weapon of choice. All three work fine, although the MP28 is arguably the best all-around pistol.

Assuming that a slower playstyle is embraced, the Insertion Beacon is a fantastic choice for the gadget slot. It allows you to set a remote spawn point anywhere on the map. Find a location where you can pick off enemies from a distance and place the Insertion Beacon nearby. If you die, then you can just spawn on the Beacon and get straight back into the action. It is the best gadget for controlling a desirable region or spot on the map. A skill that both DMR and sniper players alike should be looking to develop to benefit their team.