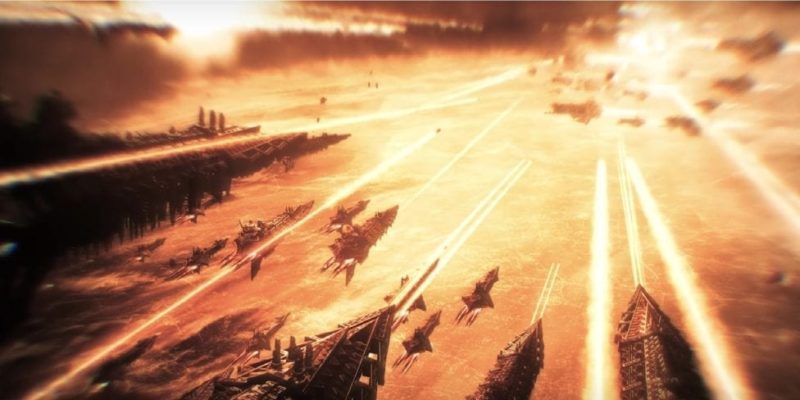 In just a few more hours, players will get to experience the grim darkness of the 41st millennium in Battlefleet Gothic: Armada 2. The latest from Tindalos Interactive is set during Warhammer 40K’s Gathering Storm event. The 13th Black Crusade is in full swing just as Abaddon the Despoiler launches his latest bid to take over the Imperium. From Cadia’s fall to a galaxy-tearing conflict, players can choose the Imperium, Necrons, and Tyranids in all-out naval warfare in space. Check out the launch trailer below:

As we’ve detailed in the past, all twelve factions will also be made available for multiplayer matches. These include the Orks, Eldar, Tau, and more. Likewise, each faction will have sub-factions and skill sets to augment your style of play.

Do be forewarned, however, that the Emperor’s light does not shine as bright as one might hope. Based on discussions regarding the game’s beta, there have been a few problems with the AI, fleet limits, and battle systems. To that end, Tindalos Interactive have made note of numerous changes underway in preparation for the game’s release.

Apart from day one fixes, there will also be a number of post-launch content. A fixed co-op mode for the campaign will be made available in March. Likewise, there will also be a means of removing the cap for skirmish and unranked multiplayer matches, allowing for insanely massive bouts in the endless void. This is just what Warhammer 40K’s grand battles are all about. There is, perhaps, nothing more intriguing than the promise of a fourth grand campaign. We’re hoping it’d be focusing on Chaos since, well, Abaddon finally won something.

We’ll find out more in due time. You can check out Battlefleet Gothic: Armada 2 via the Steam store page here. We’ll also have our review of the game later on so stay tuned for that as well.