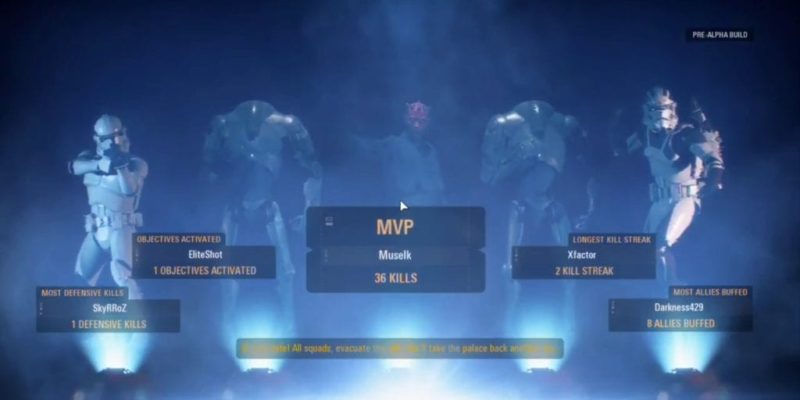 EA finished off their E3 2017 event with a fifteen minute Battlefront 2 multiplayer match. They insisted on commentating over it like it was some kind of sports event, but whether that’s something you appreciate or not you can still enjoy the footage.

It also features a brief cameo by NBA Live, due to somebody messing up the feed slightly. Anyway, the match takes place on Theed and includes people playing as Droids, Imperial Officers (who are handy for keeping your other characters going in the fight), and a spot of Darth Maul.

Have a look over here for more Battlefront 2 details that were revealed at E3, and some more standard trailers. The multiplayer match is below.

Battlefront 2 debuts with a three minute gameplay trailer, many details

Need For Speed: Payback can learn a lot from The Fast & The Furious