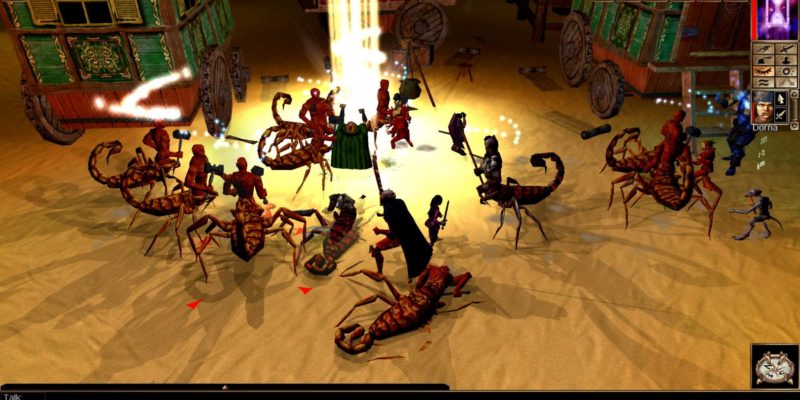 This new version is now available to pre-order priced at $19.99 USD. Pre-order customers will also be selected from a pre-order pool by Beamdog to Headstart Program. Selected players will be able to play, import modules, and update persistent world servers ahead of launch.

“Neverwinter Nights was a unique game that distilled the essence of Dungeons & Dragons and allowed players to build, share and act as Dungeon Master for amazing gaming experiences,” said Beamdog CEO Trent Oster. “I think this unique combination makes Neverwinter Nights one of the most versatile role-playing game experiences of all time.” Neverwinter Nights: Enhanced Edition combines the familiarity of the Forgotten Realms with new features like advanced graphic shaders, 4k support, updated translations (French, German, Italian, Polish and Spanish) and the fan community’s most requested bug fixes.

The good news for fans and modders is that the visuals have been improved and this updated version is backward compatible with mods and saves from the original NWN. Advanced graphics options have also been added such as pixel shaders and post-processing effects for “cleaner, crisper visuals”. The UI elements can also be adjusted to tackle higher resolutions such as 1080p and 4K. This includes the portrait, combat bar, inventory.

There will also be a Digital Deluxe bundle on offer which includes the original premium modules Pirates of the Sword Coast, Infinite Dungeons, and Wyvern Crown of Cormyr. Two soundtracks of original music and a new portrait pack is also included.

Beamdog are encouraging fans to hit up their forums to discuss the this latest slice of RPG news and a live stream will be happening in a few hours so watch out for that.