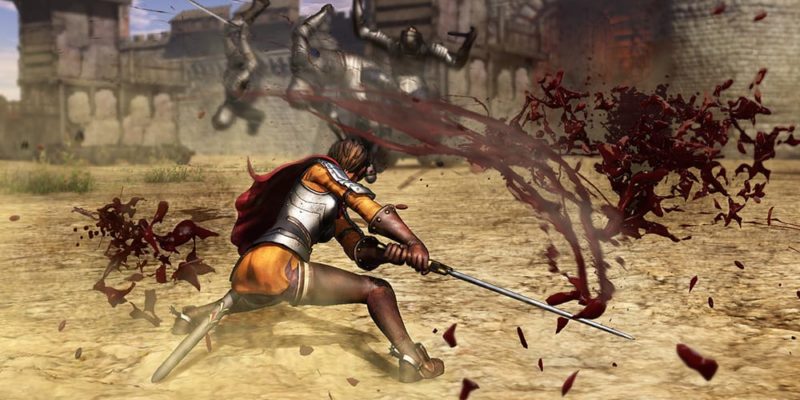 Koei Tecmo have released a pair of new gameplay videos from the upcoming Berserk ‘musou’ title, showing Casca and Judeau as playable characters. Berserk is getting a release in Japan on 27 October, but the Western (and PC) release is still under the slightly vague “Fall/Autumn” window.

Casca goes into battle with a sword, and appears to have the useful special ability of ‘sending a bunch of spearmen to run at people’. Judeau, meanwhile, specialises in lobbing throwing knives at everybody. His special talent is lobbing loads of throwing knives all at once.

You can see both of those Berserk trailers below, along with a couple of new images.