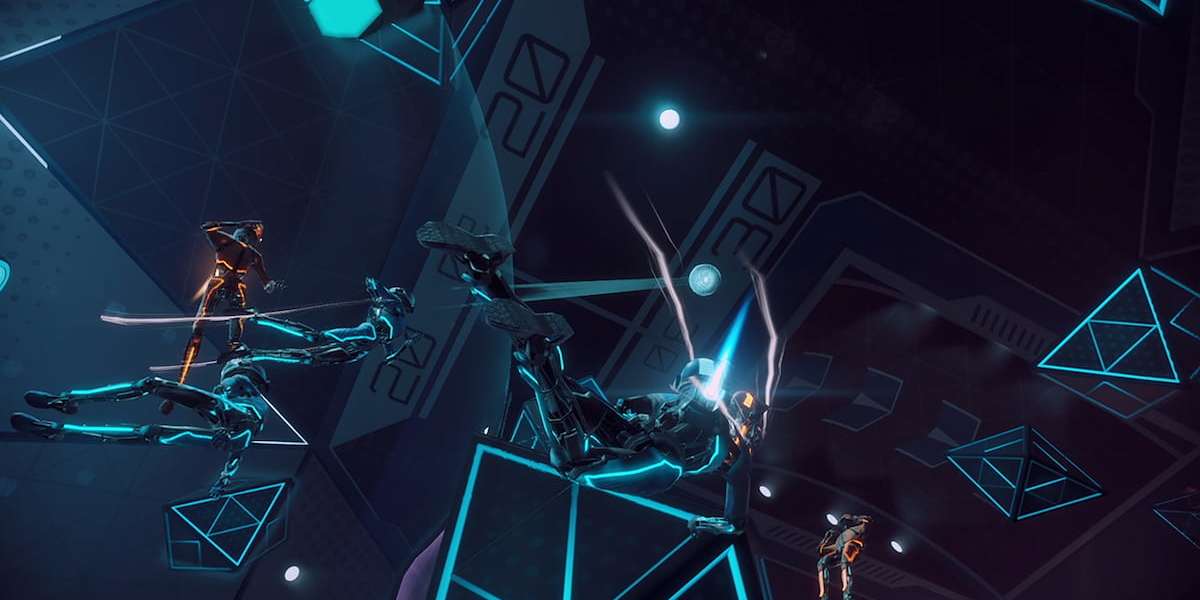 Image via Ready At Dawn

Virtual reality (VR) gaming has come a long way. You can now fully immerse yourself at home with the power of VR systems. They look as enveloping as we once envisioned. You can now almost entirely control your character in VR with body movements with the help of specialized controllers that send infrared LEDs to the cameras on your headset. What better way to sink into VR than playing with your friends and feeling like you’re in a single room? In that spirit, we put together a list of what we believe are the best multiplayer VR games of all time.

The best multiplayer VR games of all time

Cook Out: A Sandwich Tale 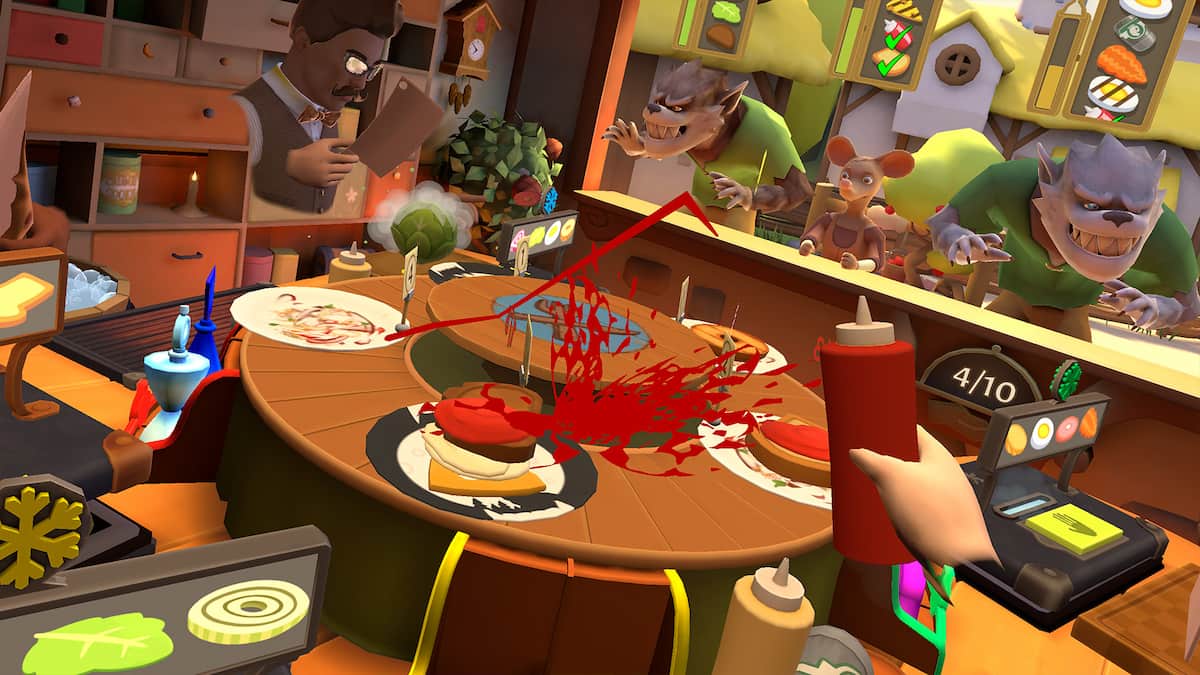 If you’re a massive fan of Overcook, then you’re looking at its VR counterpart. Cook Out: A Sandwich Tale entices its players to play it with communication and full attention. Each player has a set of ingredients you will need to create the customer’s order, which heavily implies that you must work together to get past the level.

You and your friends won’t always be on the same page. This is when the chaos will erupt, and you’ll be in for a long night of screaming and laughter. If you know and main Tracer, a DPS hero in Overwatch, you would surely be fond of Hyper Dash. Hyper Dash is a fast-paced first-person shooter similar to Unreal Tournament and Quake in speed and hypersensitive gameplay. The game has multiple game modes, such as payload, domination, control point, deathmatch, and even a special mode called mutators.

Imagine you and your buddies in a single team against the enemies in an octane-induced first-person shooter. You’re in for a fun night! 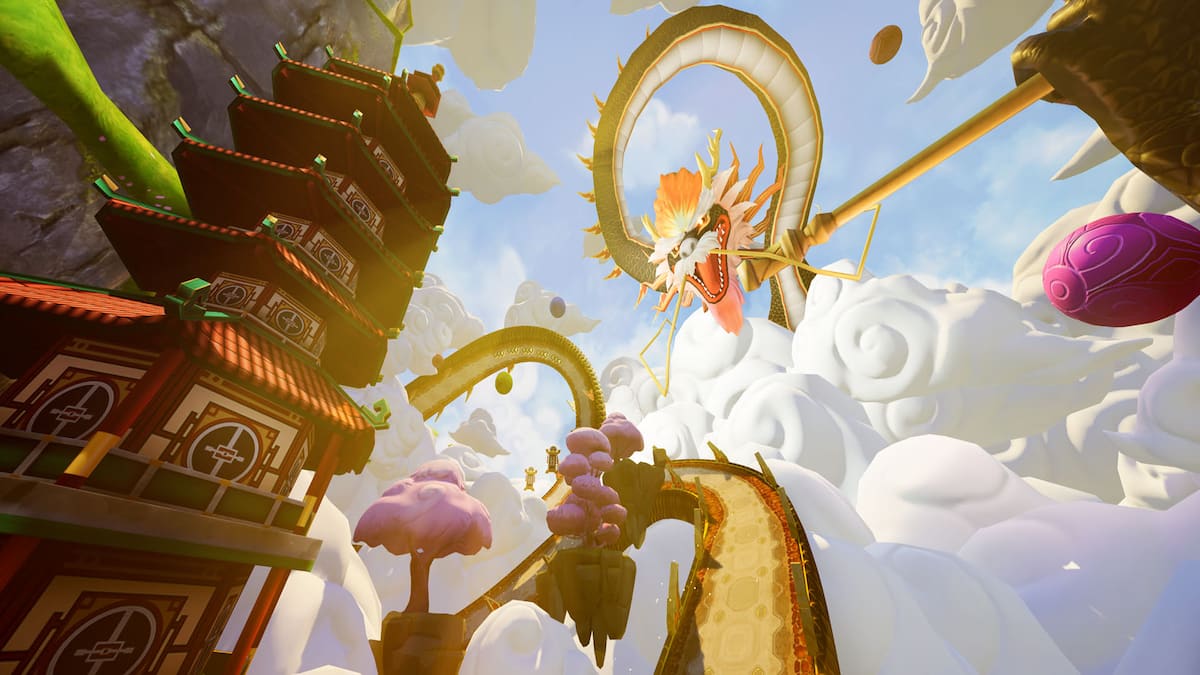 Dash Dash World is the perfect combination of Mario Kart and virtual reality blended with its spicy twist of powerups and customizations. With developers constantly pushing updates for the game, you’ll have endless fun with your friends as the variety of content you can play is humongous.

You can play with up to eight friends or eight random players on the internet. Cross-play is also available, so you don’t have to have the same brand of VR headset to play the game. 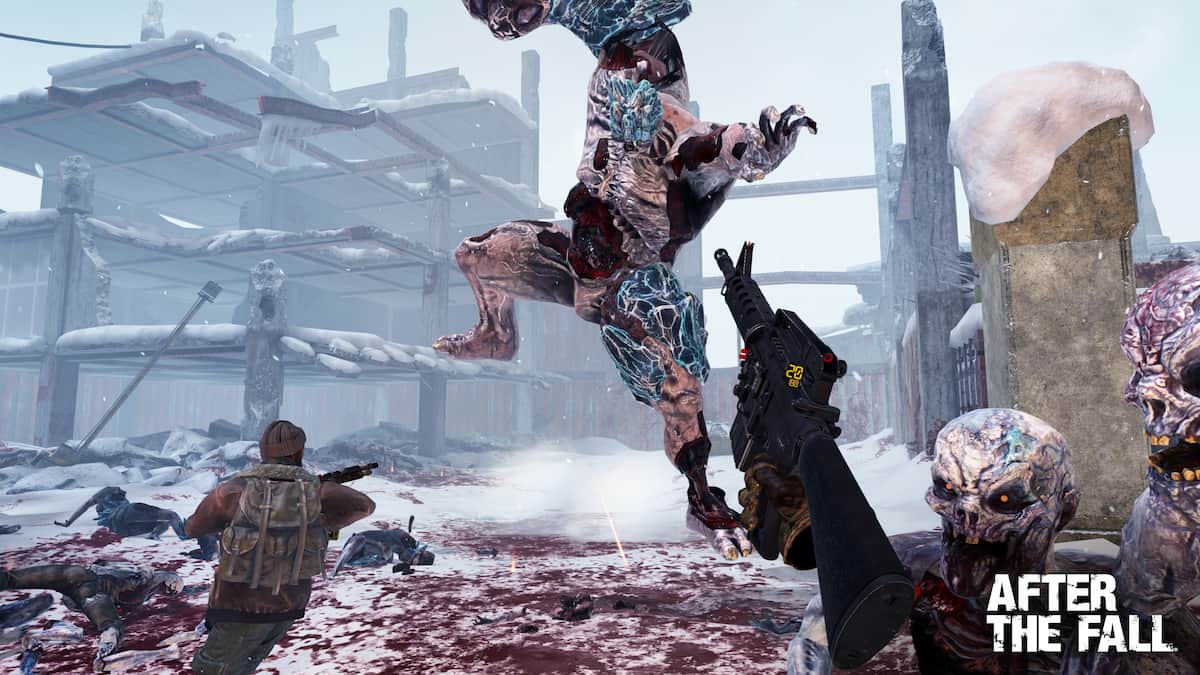 The “insert game name” VR version does not stop there, as After the Fall is an insanely fun and exciting shooter that pits you on a map full of “zombies” along with mutated versions of them. This game is the equivalent of Left 4 Dead for VR but with weapon upgrades, more challenging levels, and higher replayability value. It’s one of the best VR multiplayer games if you enjoy level-based shooting and upgrading mechanics.

You and your friends can traverse the highly deadly world of After the Fall and protect each other until you get to the next level. The gunplay is very decent and integrates well with the VR controls. This game is cross-play compatible, so there’s a healthy player base. 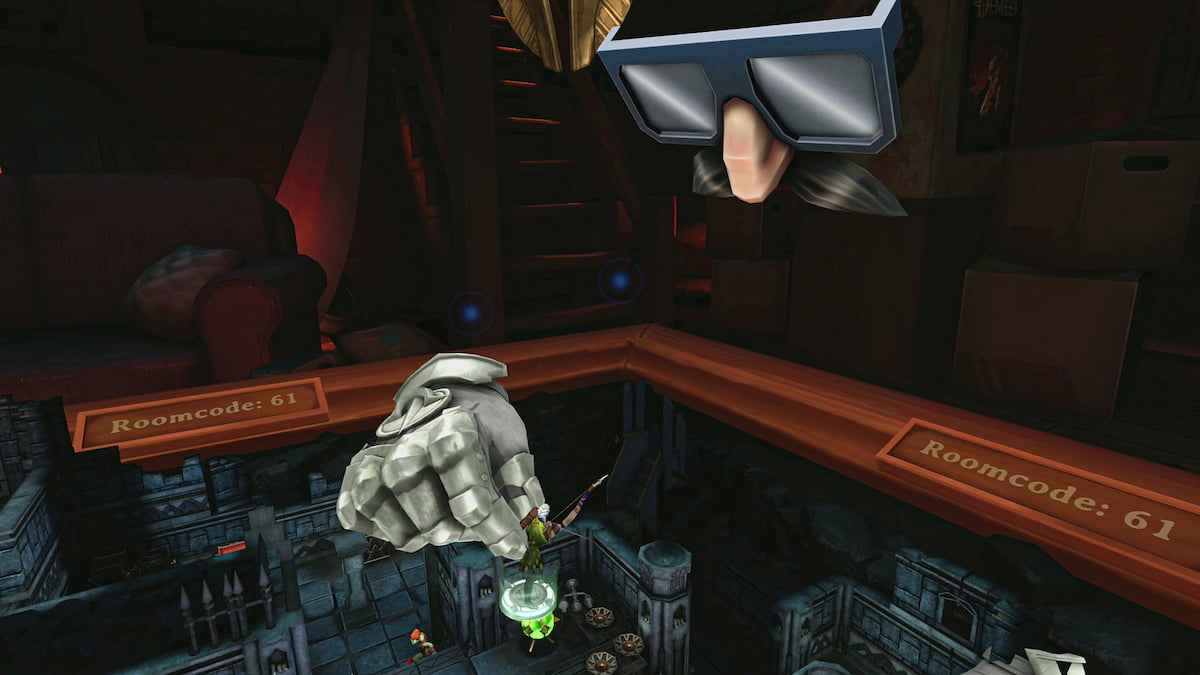 Demeo is a board game tabletop RPG, which is perfect if you and your friends are into Dungeons & Dragons. You control a distinct set of characters throughout the game, and your main goal is to get to the main boss of the map. The best feature that it has is the card system, which heavily influences your game progression.

Each playthrough of a map is different. If you pick up Demeo, you and your friends will have an exciting adventure for hours. 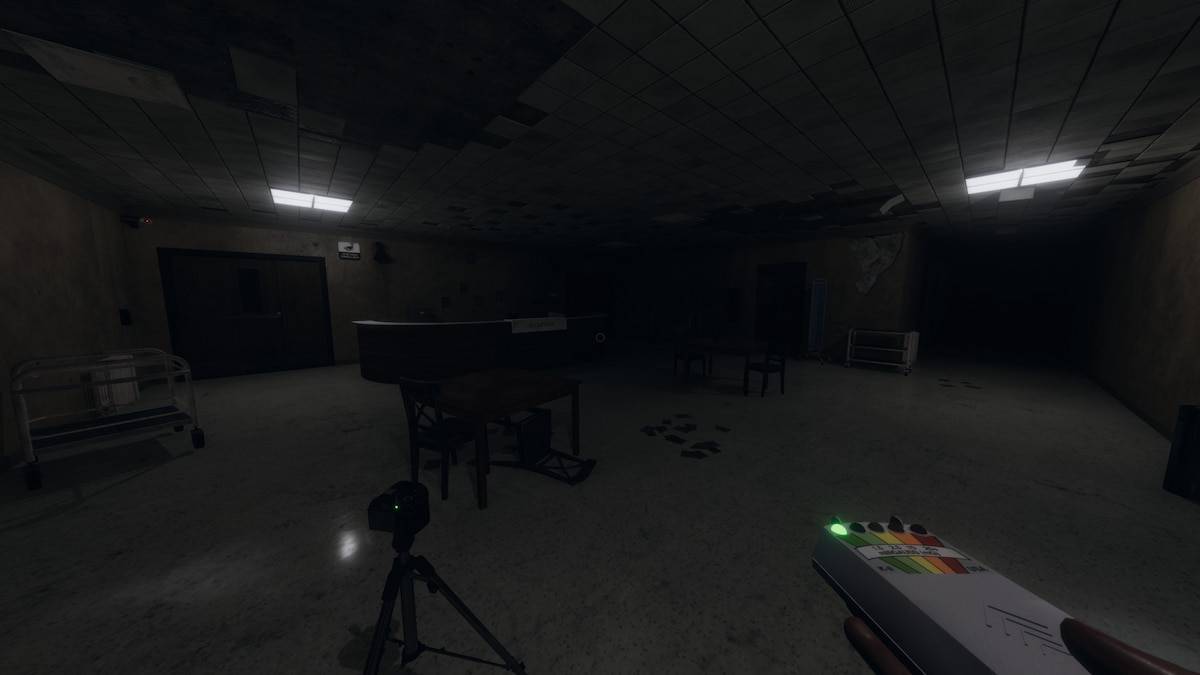 One of the best multiplayer survival games, Phasmophobia takes its turn in the VR world. You and your friends are a group of ghost hunters like the ones in TV shows. Your primary objective is to survive the night and determine the type of ghost haunting the area.

The gameplay sounds simple, yet it’s challenging and terrifying since some entities are much more aggressive than others. You must also strategize and plan accordingly with your friends to complete the mission successfully. Overall, VR gives this game a different feel compared to playing it regularly on the PC. 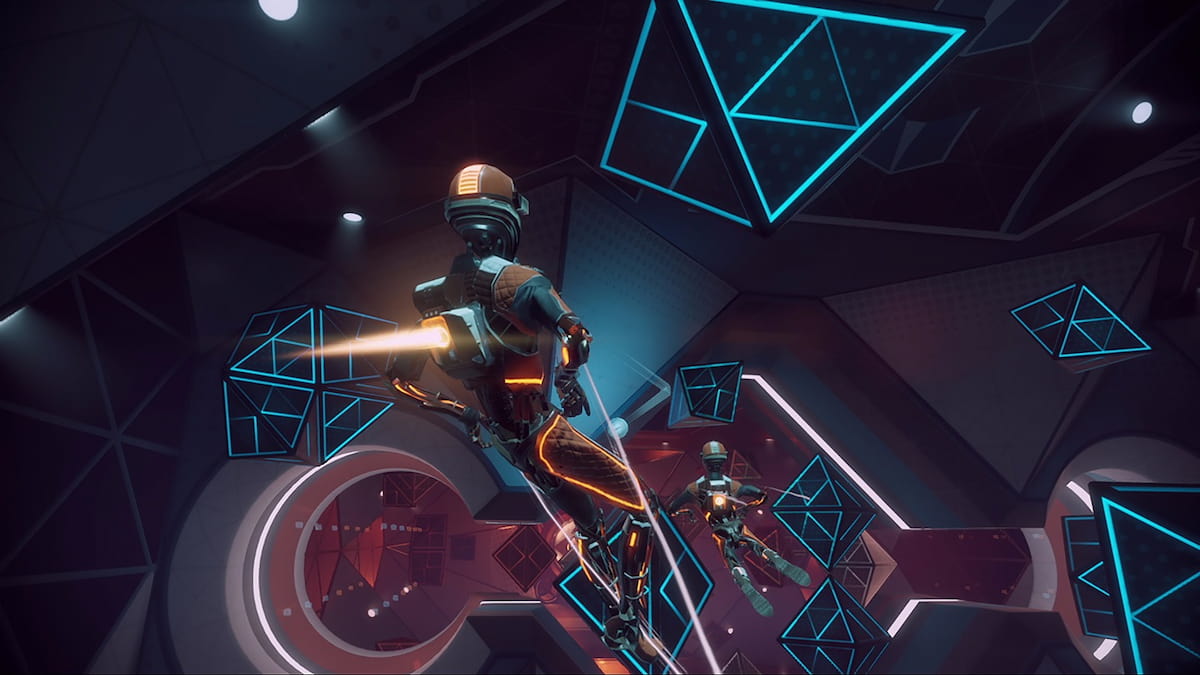 Image via Ready At Dawn

Echo Arena provides a sports-like environment in zero gravity. It’s a 4v4 team game wherein the goal is to throw the disc into the goal, similar to Rocket League. You and your team must try to outplay the enemy by intercepting their throws or knocking them out for a few seconds.

You can use your thrusters or grab side walls to throw yourself forward for a better launch speed. It’s a highly innovative game that might become an actual sport in the future.