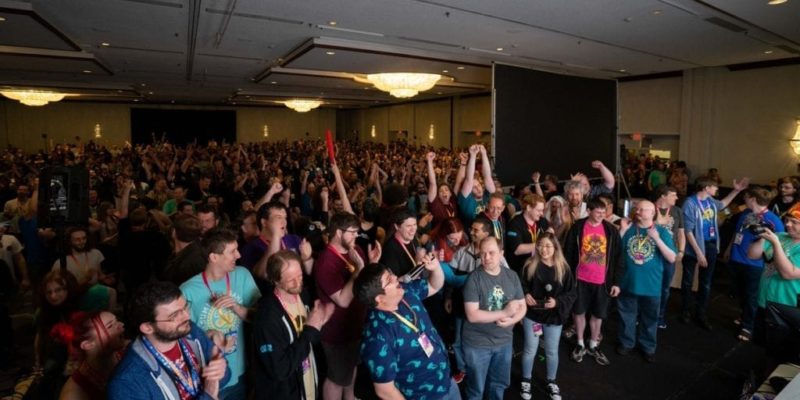 Summer Games Done Quick 2019, the charity showcase of some of the fastest gamers in the world, has finished another great week. Just as the event’s final game was wrapping up, SGDQ 2019 rang in over $3 million in donations for Doctors Without Borders. It’s one of the most fun happenings in gaming, and it’s a blast to watch speedrunners demonstrate how to quickly complete games whenever Games Done Quick hosts one of their biannual events.

The week was filled with games being beaten with mind-numbing speed. There were too many great runs to fit all of them on a single list, though. As such, we narrowed down the ones we thought were the most interesting and entertaining to watch. Be sure to let us know which runs were your favorite!

Here are our favorite games from SGDQ 2019:

Portal 2 is a fantastic game thanks to its physics-based puzzles and the iconic portal gun. The pair of these can lead to wonderful ‘ah-ha’ moments when playing through the game the first time. When in the hands of speedrunner, however, this duo leads to some pretty jaw-dropping tactics. Can’t Even’s run of Portal 2 showed how fickle physics can be by building up momentum to skip over entire sections of a puzzle and pass right through some boundaries. This was one of the first runs to start SGDQ 2019, and it was a great way to kick off the week of game-breaking fun.

When Arkane Studios designed Prey, they did so with speedrunners in mind. That’s one of the core influences behind the goo gun. While you can finish the game in under seven minutes by utilizing some pretty major glitches, LifeL1ke opted to show just how fast one can beat all of the main quests. He did this in a little over an hour, which is insanely fast. I spent 30 times that amount just trying to beat the game!

SGDQ 2019’s donation incentive for a Prey glitch showcase was also met, so check out the video around the one hour and seven-minute mark to see some of those.

The Borderlands 2 run this year was a three-player co-op run of every quest in the game. TheFuncannon, Shockwve, and Amyrlinn have a fantastic banter throughout the whole run, and their coordination in quickly completing quests is a machine as well oiled as Hyperion itself. This was one of the lengthier events at Summer Games Done Quick 2019, but it’s an essential watch for any Borderlands fan. That’s all the more true with the next game releasing in just a few months.

Clustertruck is a really unique platforming game. You must jump from truck to truck as they recklessly cruise down a bunch of wild levels. Connorace makes his way through the game using only the starting abilities in just a hair more than 28 minutes. It’s unrealistic fun that’s bound to make you feel like an action hero in a way that very few other games can, and it’s super loveable because of that.

Now, excuse me while I see if the fact that I completed Clustertruck is a good enough qualifier to get my CDL…

You might not have heard of Remnants of Naezith, and that’s okay. It’s one of Steam’s hidden gems, and XepiccatX’s run is well-worth watching. Naezith‘s main gameplay mechanic revolves around using grappling hooks to traverse through levels filled with hazards. It’s a prime game for speedrunning tricks, as building momentum and tight navigation can lead to some head-scratchingly fast levels. The run is completed in about 20 minutes, so if you’ve never seen the game, this year’s GDQ speedrun is worth watching!

Completing Hyper Light Drifter is an achievement worthy of some sort of public recognition. It is challenging, to say the least. The story is also rewarding to experience, which is a fantastic accomplishment by Heart Machine considering there is no spoken dialog. It was showcased by one of my favorite speedrunners at SGDQ 2019, CovertMuffin, in under 40 minutes.

When I start up a new map in Minecraft, I spend my first night down in a hole avoiding monsters. Illumina1337, on the other hand, spends it hunting for Endermen and working his way into the Nether. Did I mention that it’s all done on hardcore mode? This was a great run, not only due to illumina1337 and his couch’s incredible understanding of the game but also because of the occasional messages coming in from Mojang’s developers during the Games Done Quick marathon.

Castlevania: Symphony of the Night | Dr4gonBlitz

Symphony of the Night speedruns have been along for a long time, but they keep getting faster and faster every year. It really is impressive to see runners beat SotN as fast as they can, and Dr4gonBlitz was able to beat all of the bosses, retrieve all of the relics, and save Richter in less than 45 minutes at SGDQ 2019. That’s faster than it took me to realize that “Alucard” is “Dracula” spelled backward.

Octopath Traveler had a donation incentive before the game started to choose which of the game’s characters would be the star of Summer Games Done Quick. Four speedrunners traveled to the event, each ready to make their way through last year’s best-looking JRPG. Turns out there is a lot of love for Therion, as he won by a notably large margin. Watching altabiscuit’s run through Octopath Traveler made me want to revisit the game. If only I had an extra 100 hours that I could spend doing so…

Pokémon games are always fun to watch because they are so technical. Some trainers are battled solely for how much experience they give the party, while others are completely avoided. Stat changes play a huge role in seriously underleveled Pokémon taking down gym leaders. Keizaron’s Pokémon Crystal run was a great demonstration of how much planning goes into a Pokémon speedrun. Yet all of that planning can quickly go out the window when a rival lands a critical hit or uses an unexpected move.

The Legend of Zelda: Breath of the Wild | Wolhaiksong

When Eiji Aonuma told the world that Breath of the Wild players could run to fight Ganon immediately after finishing the starting area, the speedrunning community took the challenge and ran with it. After getting the main runes and the paraglider, Link can skip over all of the Divine Beasts by jumping on a Bokoblin’s head and then fly right to Hyrule Castle in seconds (no, really). The current world record for an Any% run of Breath of the Wild (without an Amiibo) is 28:59, so Wolhaiksong’s lightning fast time of 33:51 is nothing to bat an eye at.

Tetris has come pretty far since its release back in the 1980s, and last year’s Tetris Effect really reminded the world how much fun a simple line-building game can be. Along with great gameplay, the visuals are absolutely stunning. It’s almost a shame that Blink (the runner and face of the Harddrop Tetris comunity) was able to fly through the game in nearly a half hour. Nonetheless, it’s incredible to see the mastery of one of the oldest, and most popular, video games in the world.

A Link to the Past + Super Metroid Randomizer | Andy and Ivan

If you are new to watching speedruns, you might wonder how you can play both The Legend of Zelda: A Link to the Past and Super Metroid. You might also be curious about what a randomizer is. Well, randomizers take all of the items found in chests, or other item-spawning things, throughout the game and shuffle them around. For example, pulling the Master Sword from its pedistal could yield 10 Rupees instead of the blade of evil’s bane. Runners have no idea where the items are, so they have to look through every chest until they find the ones they need.

This can even be done across multiple games, as with the A Link to the Past + Super Metroid randomizer. Essentially, you are trying to find items from both titles while jumping between the two games, all so you can beat both of their final bosses. It’s not a challenge for the faint of heart. Ivan and Andy somehow make it look much easier than it is, and their entertaining couch makes the three-hour run fly right by.

The final game at SGDW 2019 was a six-hour, 100% run of Chrono Trigger. It featured every side quest, the battle against six Nu, and a hug from Lucca when Crono returns to life. The classic RPG was coming to an end just as Summer Games Done Quick 2019 hit their all-time record of over $3 million. It was a fantastic game to wrap up an incredible event.

Everything we know about the three Cyberpunk 2077 prologues