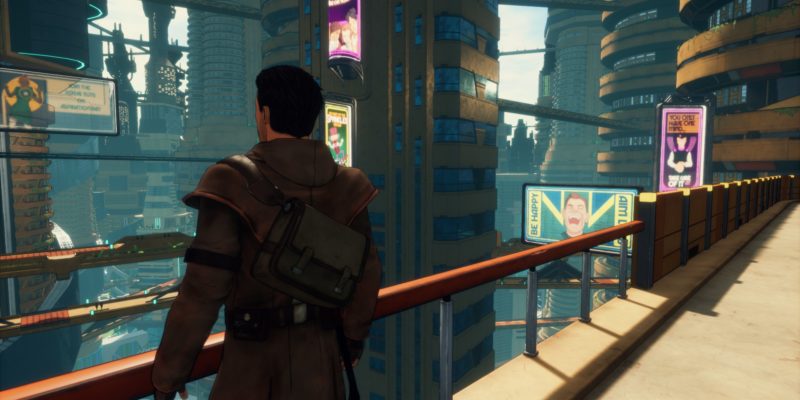 So many beloved games promised sequels down the line, only to meander in development hell for decades. Beneath a Steel Sky was a much-loved point-and-click adventure game from the mid ’90s that had a great aesthetic and built an intriguing world with resonant characters and amusing dialogue. It’s been 26 years, but Beyond a Steel Sky is finally creeping toward a release. I got an early look at a demo, and while fans might not find the visual style particularly reminiscent of its forebear, much of what they loved about that game is front and center.

Beyond a Steel Sky takes place years after the last game. This section is going to contain some spoilers for a 26-year-old title, so go ahead and skip it on the off-chance you’re worried about that. The game starts with some comic sequences showing series hero Robert Foster living in a village after having installed his sarcastic robot pal Joey as the ruler of Union City. He’s enjoying his life in the Gapland (it’s basically the wasteland in any post-apocalyptic story you’ve ever seen) when a huge metal vehicle shows up and abducts one of the village’s children.

Not content to leave this as it is, Foster sets off on the vehicle’s trail, only to find that it headed straight into Union City. But things aren’t quite how he left them. Joey got up and walked off one day, leaving others to take command. Union City is now controlled by the leaders of several ministries that have installed chips in the citizenry that allow them to access any number of amenities. As Robert isn’t a citizen, he has to source his chip by other means to get into the city and find the vehicle responsible for the kidnapping. 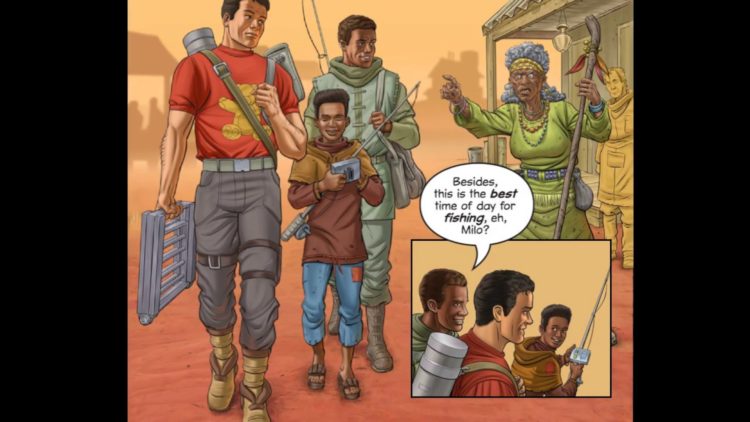 Nobody tell them they’re in the desert.

The game is fully voice acted, and it completely nails that classic adventure game feel. The dialogue is excellently delivered and wonderfully written, with lots of amusing details and many laugh-out-loud lines. Suffice to say, the story left me wanting more when the demo ended, and I honestly can’t wait to see where things go next.

To anyone who’s even a little worried, Beyond a Steel Sky is still very much an adventure game. You walk around, talk to weird people, find and use items, and interact with the environment to push forward. After a few minutes, I felt right at home with the way the game handled, as it’s very much built on top of the core principles of the genre. However, there’s no more pointing and clicking.

Beyond a Steel Sky can be played with a mouse and keyboard or controller, and Foster is controlled directly. During all movement, he’s shown via a standard third-person camera that can be rotated around him. You can’t click on anything around you, but instead, just walk up to it and press a button or key to interact with it. If you’re using a mouse, though, you can select an option from a list of choices from a drop-down list by using your mouse cursor. This includes deciding what to ask characters about or what to do with the items in your inventory. 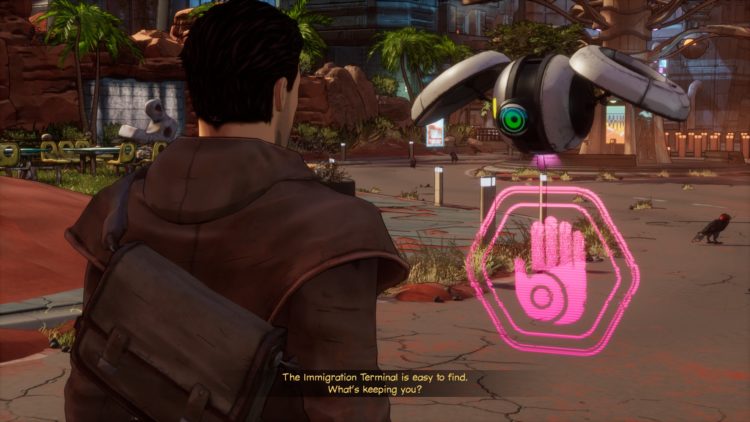 Talking to a sassy robot maybe?

The very first section in the game is concerned specifically with teaching the player the general mechanics and getting Foster into Union City. Like the adventure games of old, everything is very packed with character, and many of the steps you need to take to achieve your goals are amusingly silly, such as leading a large scavenger bird around using a rotten sausage. It’s all very endearing.

During this section, Foster acquires one of Beyond a Steel Sky‘s main items, the hacker. He can use this to interact with the programs of most nearby machines to change their behavior. He accomplishes this by swapping specific commands with others, sometimes with humorous consequences. A lot of the demo’s puzzles revolved around using the hacker correctly, and while hacking machines is a very standard gameplay mechanic nowadays, it’s well-implemented and logical here.

As this is an adventure game, there’s not a whole lot to say about the way the game controls. Everything works well and nothing feels particularly cumbersome, although Foster is kind of slow, even when running. Naturally, when in dialogue, Beyond a Steel Sky switches to a different kind of camera that allows you to better focus on both Foster and the people he’s interacting with. 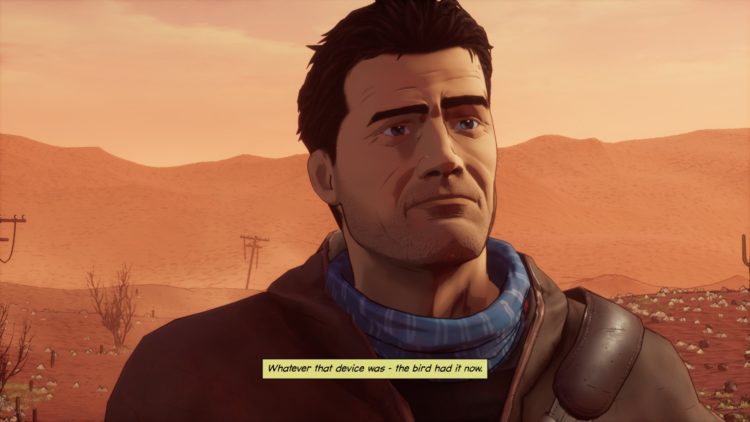 There’s no context for this and it isn’t important, but that bird’s name is Big Steve.

Visually, Beyond a Steel Sky might alienate fans of its predecessor. Gone is the grimier look. In its place is a game that looks more akin to Tales from the Borderlands or something similar with its cel-shaded look, which makes sense given current trends. The game looks fine, although it’s not going to blow anyone away. Character models are simple and the areas aren’t exactly technical marvels, but everything has plenty of character and enough detail, so I didn’t mind too much.

It’s perhaps still too early to judge the game, as the demo doesn’t go much further than the opening, so I didn’t get to see much of Union City at all. That being said, I think longtime fans will have very little issue becoming accustomed to the way the game looks as they get swept away by its many charms and how entertaining its narrative is.

I didn’t exactly have high hopes for Beyond a Steel Sky when I started the demo up, but after spending a bit of time with it, I’m completely sold. This is now one of this year’s upcoming games that I’m most looking forward to, and I’ll be surprised if the final product doesn’t deliver. The adventure game genre is still very much worth exploring, and it’s nice to see people who once worked on the classics delivering a similar experience in a more modern package. There’s no set release date yet, but you can be sure to expect a review whenever that may be. I know I’m very much looking forward to seeing the rest of Foster’s adventure. 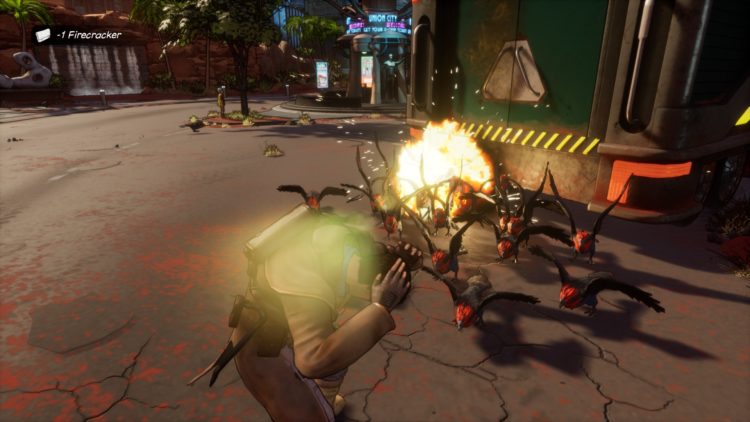 That’s one way to scare a flock of scavenger birds away from a truck of expired mini-sausages.

By Jason Rodriguez18 hours ago
Interviews

By Jason Rodriguez18 hours ago
Interviews