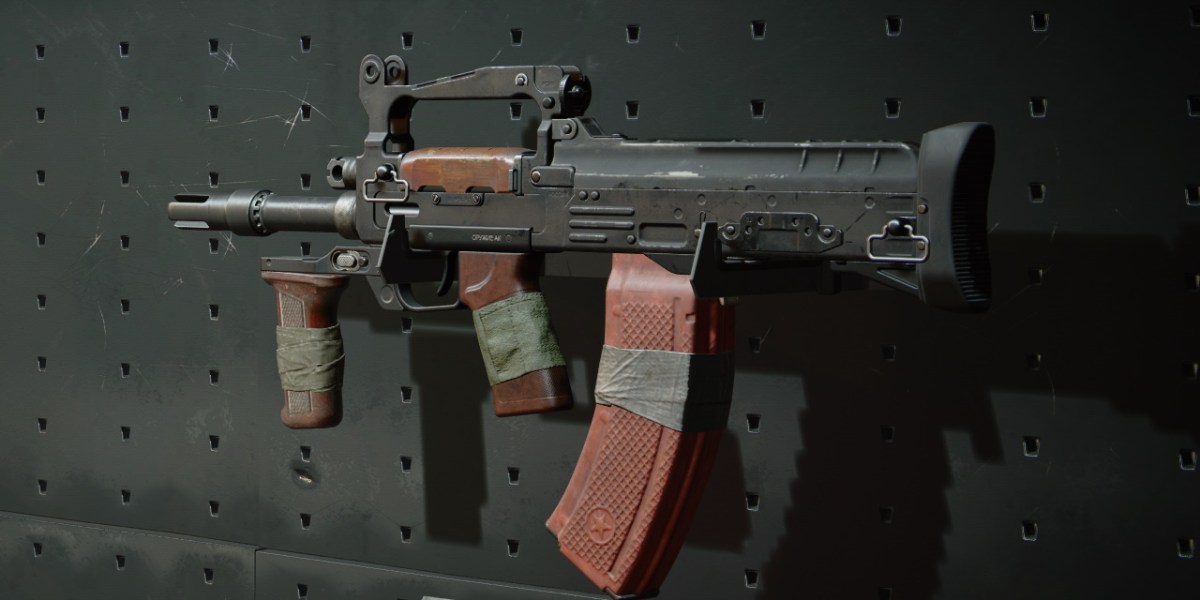 The Groza was added as part of the Black Ops Cold War Season One update. The Groza is a hard-hitting bullpup rifle that fires high caliber 7.62×39 rounds. It is probably best known in real life for its unusual vertical shape and one of a kind iron sights. This Russian rifle didn’t actually feature in the Cold War itself, coming into military service a few years after the collapse of the USSR. Regardless, it’s here now and I’m sure you’re eager to find out what the best build is.

The Groza hasn’t exactly caused overwhelming enthusiasm within the Black Ops Cold War community. Despite being a top-tier choice in Warzone, most players have given up on using it in regular multiplayer. This is at large because of its awful recoil spray pattern which is unnecessarily difficult to manage. But the Groza is only that bad when left stock. Once you put on a few recoil control attachments the Groza can become surprisingly accurate, making it a viable choice for a Black Ops Cold War loadout.

I did play around with the Gunfighter wildcard, but found that using eight attachments is overkill on the Groza. Despite its serious downsides when left stock, it only takes two or three attachments to convert it into one of Cold War‘s best weapons. Instead of that, I use the best-in-slot Perk Greed, which allows me to run Ghost and Ninja at the same time. Being able to stay off the radar and run around silently enables a more aggressive playstyle. Your other choice of perks is personal preference, but typical top-tier options like Flak Jacket, Assassin, and Forward Intel are all viable.

As touched upon previously, the Groza has a very unique set of iron sights. I’d even describe them as the marmite of iron sights. You’re either going to love them or hate them. Personally, I don’t enjoy using them at long range but find them to be excellent within thirty meters or so. Given that most encounters in Black Ops Cold War are within that range, they work fine. But if you do intend to take the Groza into game modes that feature longer range engagements like Dirty Bomb, an optic may be worthwhile. 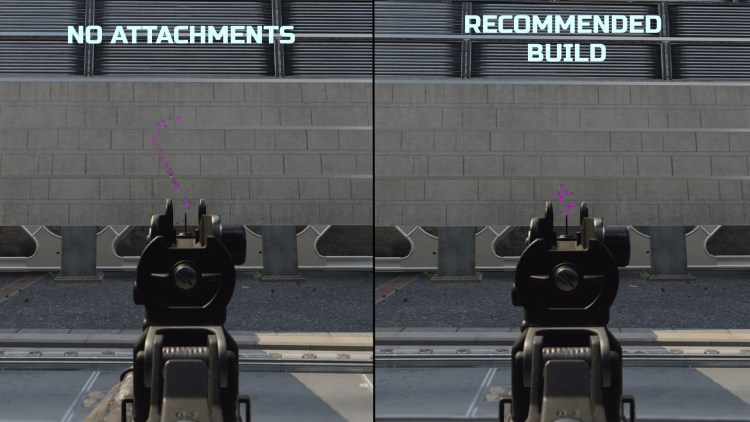 Assigning the proper attachments on the Groza is crucial. This gun goes from unusable garbage to a top-tier assault rifle when built right.

By far the Groza’s biggest problem is its nasty recoil. Without any attachments, the Groza has a horrid spray pattern that kicks hard up and left before swerving back inward. In an FPS full of laser-accurate assault rifles and submachine guns, this recoil pattern will result in lost gunfights. Fortunately, with both the KGB Eliminator and Spetsnaz Grip, this can be almost completely negated.

Supposedly, these two attachments combined provide a 23% reduction to vertical recoil and a 20% reduction to horizontal recoil. While those numbers are impactful, they don’t explain the extraordinary gap between the Groza’s recoil pattern before and after equipping them. In practice, the reduction feels closer to 70% or even 80%. It really does feel like a completely different weapon once you get to gun level 41 and equip both of these. Be aware though that the grind up to that point can get frustrating.  A low-level, ill-equipped Groza loadout will be outperformed by just about every other gun in Black Ops Cold War. 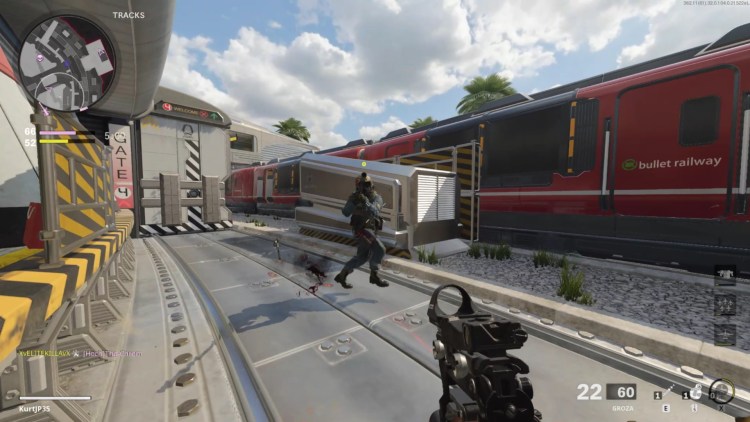 The Groza has some great handling characteristics for an assault rifle. This makes it a good choice for aggressive playstyles, although an SMG will generally outperform it.

The rest of this build is relatively standard. The 16.2″ Gru Composite helps increase bullet velocity by 25% while also extending the max damage range out by nine meters. This results in a new max damage range of 47.6 meters, which is far enough to ensure you’ll get a five-shot kill in the majority of engagements. However, if you intend to play Dirty Bomb, a longer range barrel such as the 16.7″ VDV Reinforced may be more suitable.

Thanks to the Groza’s excellent handling characteristics, we can afford to take the aim down sights (ADS) hit from the VDV 50 Rnd Fast Mag. At the cost of an additional 76 ms being added to the ADS time, we get more ammo, a larger clip, and a significantly improved reload time. Our new reload time of just under a second is excellent considering the 50 round magazine. To counteract the ADS penalty of the 50 Rnd Fast Mag, you’ll want to use the Gru Elastic Wrap. This is a must on basically every gun build in Black Ops Cold War. It reduces the ADS time by 30%, yielding a new ADS time of 252 ms. This isn’t especially impressive for an assault rifle, but it is quick enough to remain competitive in most scenarios.