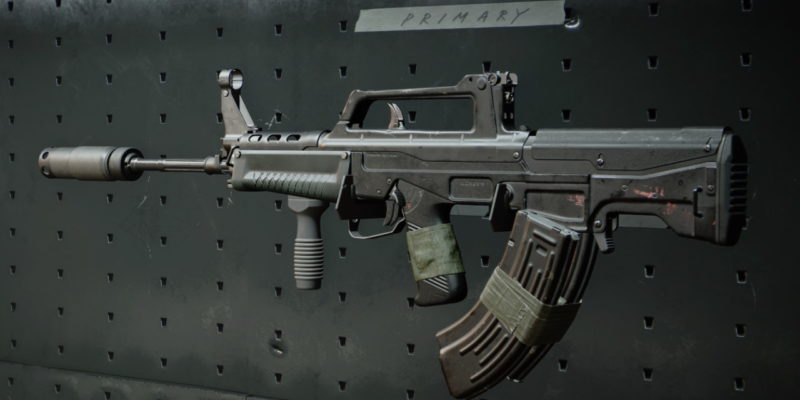 Black Ops Cold War is the second time the QBZ-83 has made an appearance in Call of Duty. Long-term franchise fans may remember the Type 95 from Modern Warfare 3. The QBZ-83 is based on the exact same real-life gun, the QBZ-95. The QBZ-95 was never actually used in the Cold War, but we’ll let Treyarch off this one time. A little bit of creative liberty is fair when putting together any game based on history.

As for its performance, the QBZ-83 is the most mobile assault rifle in Black Ops Cold War. It has the best in slot aim down sight time at 283 ms and the fastest sprinting movement speed at just over 15 MPH. This makes the QBZ-83 a sort of SMG hybrid comparable with a heavier Uzi build from Modern Warfare. That makes it somewhat situational but when built right it can be a good choice for those who like to play more aggressively with their assault rifles.

As with most guns with good iron sights, we pass on Gunfighter and opt for the Perk Greed wildcard instead. You don’t need all eight attachment slots to make the QBZ-83 good so you’re better off taking six perks instead. Lawbreaker can be an okay alternative if you want to run a sniper secondary since the QBZ-83 isn’t exceptional at long range. Although this build is fairly accurate snipers, LMGS, and easier to use rifles such as the XM4 will generally outgun it from afar. The QBZ-83 isn’t exactly Black Ops Cold War‘s premier counter-sniper.

Speaking of accuracy, when ran without attachment the QBZ-83 kicks far too hard to be viable. Similar to the FFAR 1, you need to run as many recoil-reducing attachments as possible to make the QBZ-83 competitive. And there’s arguably no better attachment to do this than the SOCOM Eliminator. The 17% reduction in vertical recoil it provides is excellent for staying on target. Even though this does provide a 10% increase in horizontal recoil, this isn’t overly problematic. The QBZ-83 doesn’t bounce side to side much anyway so this con is hardly noticeable. 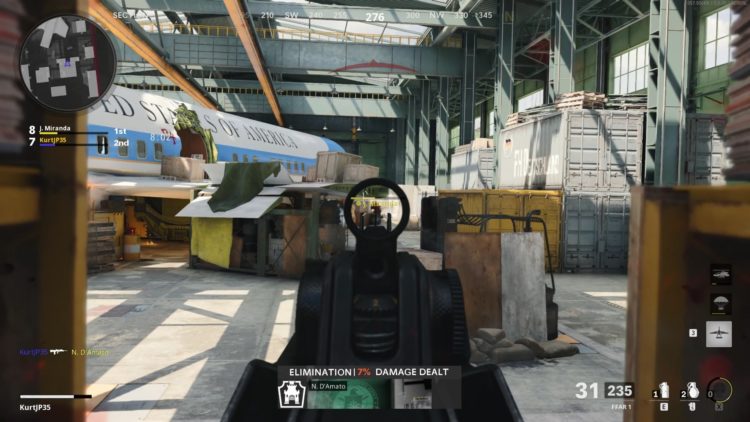 Looking to minimize recoil as much as possible, I’d also recommend the Field Agent Grip. The 20% reduction to horizontal recoil isn’t actually that important. It does cancel out the main con provided by the SOCOM Eliminator, but it doesn’t matter too much either way. What we’re more interested in is the 6% reduction to vertical recoil. When combined with the Eliminator this QBZ build will kick 23% less than when left stock. If you feel this isn’t necessary and that the SOCOM Eliminator removes enough recoil on its own, consider using the Infiltrator Grip instead. Since the QBZ-83 has some outstanding mobility stats, using a grip that takes advantage of that is a good idea. It’s especially useful for those who like to run and gun with Ghost and Ninja.

As per usual, I recommend the 16.5″ Ranger barrel. Any barrel that increases bullet velocity is difficult to pass on in Black Ops Cold War. This game is infamous for its guns straying closer to being projectile than hitscan than ever before. So throwing on this barrel which doubles bullet velocity, effectively making the QBZ-83 feel like a hitscan weapon, is well worth the penalty to your strafing speed. This is particularly useful when trying to shoot moving targets on larger maps such as Satellite and Miami. 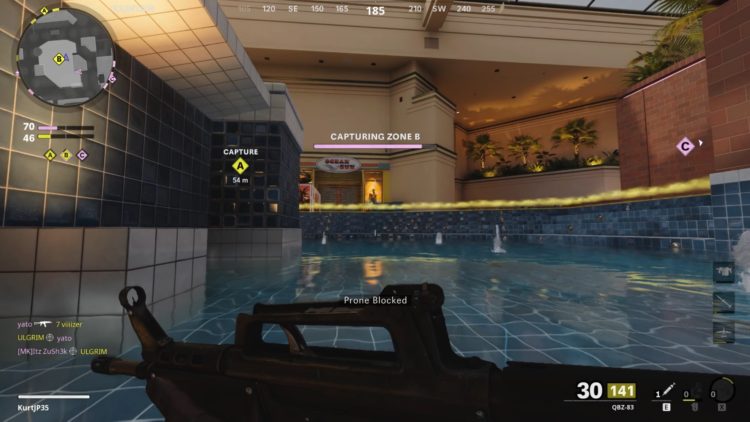 The mix of its good range and great mobility makes the QBZ-83 one of the best guns in Black Ops Cold War for playing the objective.

For the magazine slot, I tend to lean towards the Jungle-style Mag for most of my builds. This is because I have a bad habit of reloading after every kill so shortening my reloads is the priority. The Jungle-style mag cuts down your reload time from 1.6 seconds to just short of 1.2 seconds. Given the relatively minor improvement, you might find more value with either the SAS Mag Clamp or standard 40 round mag. Personally, I don’t like the 17 ms aim down sights penalty provided by the Mag Clamp, so I tend to avoid it.

And just like literally every other decent build in Black Ops Cold War, you’ll want to use the Airborne Elastic Wrap. As per the standard with assault rifles, the Elastic Wrap reduces our aim down sights speed by 30%, thereby cutting down time to just 198 ms. That’s only 6 ms slower than a fully optimized MP5. In other words, there is no better assault rifle for playing fast and aggressive. Just be aware that thanks to its so-so damage profile, the QBZ-83 will still lose to most submachine guns up close.

Fortnite guide: All eight of the Pleasant Park safe locations with golden bars