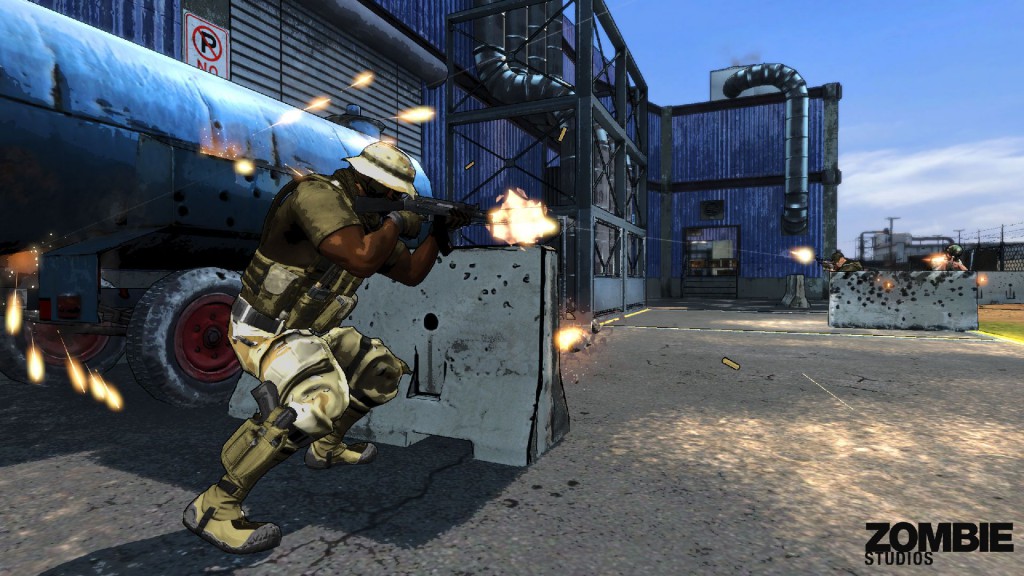 Tim had a decent time playing Blacklight: Retribution, so there’s a reasonable chance that Zombie Studios can rework that magic for a downloadable third-person shooter. This time there’s no suggestion that Special Forces: Team X will be free-to-play (like Retribution), but nor is there anything in the announcement to rule that out.

The “team-centric” game looks a little like Borderlands with its cel-shading approach, but don’t say that too loudly or people might get upset. Interestingly, Team X is boasting a “tile-based” map system that promises hundreds of unique arena combinations.

It’s due in Autumn for the PC. Oh, and the full game won’t have the amusing ‘censorship’ bars shown in the trailer below. In case you were worried.