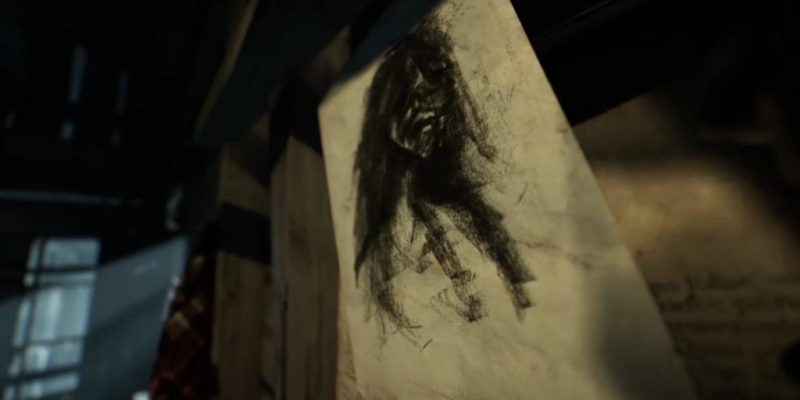 Blair Witch is less than two weeks away from release, and today we got a brand new story trailer, fresh from the woods. Today, during Gamescom 2019, Bloober Team released the “insanity” story trailer, which shows off flashbacks and visions that will torment your every step.

Blair Witch is a first-person horror game, that employs psychological terrors. As a former police officer, you must traverse through dark woods and into underground bunkers searching for a missing boy. You won’t be alone, however. Various creatures also inhabit the woods. Ellis is also plagued by hallucinations as well as his memories of a troubled past. From the press release, it sounds like Ellis’ sanity is affected by his journey over time. However, I doubt it’ll include a sanity meter like in Eternal Darkness.

Since the game is coming from Bloober Team, expect problems to get worse before they get better. The makers of Layers of Fear 2 have mastered the art of escalating dread. We can see in the trailer just how dire Ellis’ situation can get. Using only a flashlight and camcorder, he explores abandoned camp sites, a dilapidated bunker, and an abandoned town wrapped in mist. The pacing is also quite similar to Bloober’s past efforts. Movement is slow and methodical, and based more in exploration and discovering clues. But like in prior games from the developer, there are demons to face — or, more likely, to escape from.

Aesthetically, the game is looking rather great. So far, it matches what we expect from the team that had us sprinting through an abandoned ship not too long ago. The lighting is especially moody, where darkness wraps around the small cone of light coming from your flashlight. Additionally, Blair Witch is capable of reaching 4K resolution if you really want to see its monsters that more clearly.

Blair Witch will launch onto PC on Aug. 30, and you can check it out now via Steam.

Swing like Spider-Man in an outrun playground in Cyber Hook

By A.K Rahming3 hours ago
Hardware