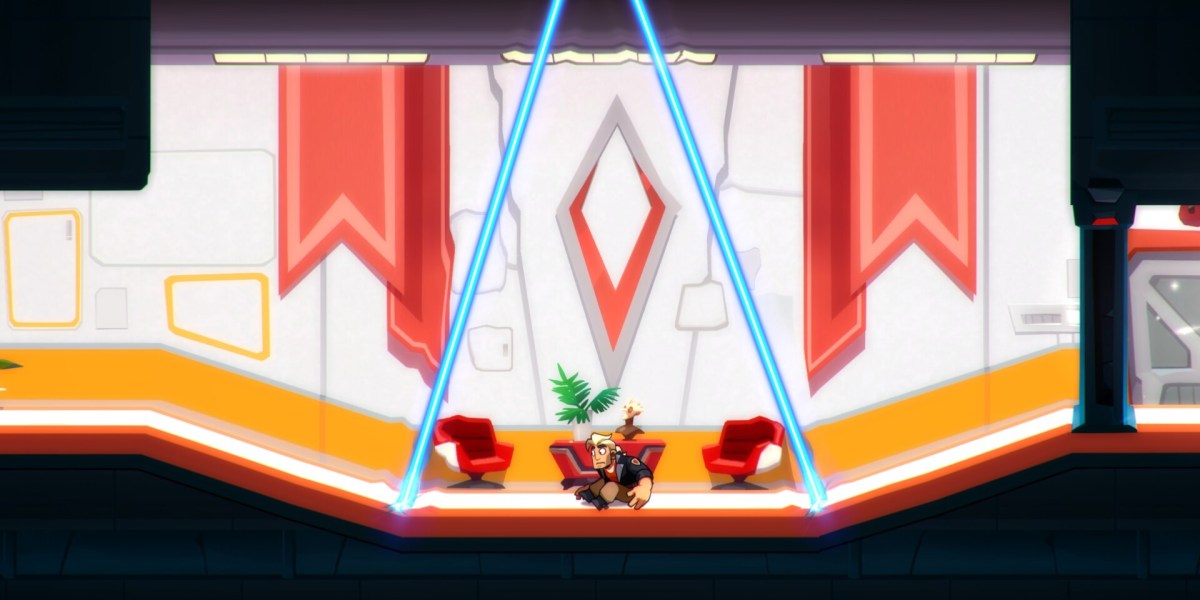 I’m often iffy on Metroid-likes releasing into Early Access. There’s something about playing a game and then getting slapped with something that says “the game is a work in progress, so none shall pass!” Blast Brigade has entered Early Access today, promising 15-25 hours (that’s quite the range, innit?) of platforming action. The current build of the game features 40-50% of the finished product, which is already good for hours of playtime while making it longer than most games in the subgenre. Blast Brigade is set to stay in Early Access for another six months or so, but the question stands: Is Blast Brigade worth it?

Blast Brigade puts you in control of a soldier going up against a mad scientist named Cread. It’s very hammy, James Bond kind of stuff that is overtly a comedy, but the writing is actually quite funny. The dialogue is fully voiced and there are even semi-animated cutscenes. Blast Brigade‘s main character is Jeff Jefferson, who is an idiot that attributes his poor mental faculties to a great many blows to the head. After a little while, you’ll get more playable characters, including a KGB agent named Shura who has an English accent for some reason.

You don’t simply just have your characters all in one place, though. Shortly before you take control of Shura, she and Jeff become combined with a quantum gadget that places other people within some sort of realm where they wait to be swapped back in. Shura plays identically to Jeff, though, save for having different secondary guns and an extremely useful grappling hook that lets her latch onto rings scattered about. If you played the demo, it cut off right as Jeff was about to enter Cread’s base. Your progress will be carried over from the demo if you made it that far and you can jump right back into it. 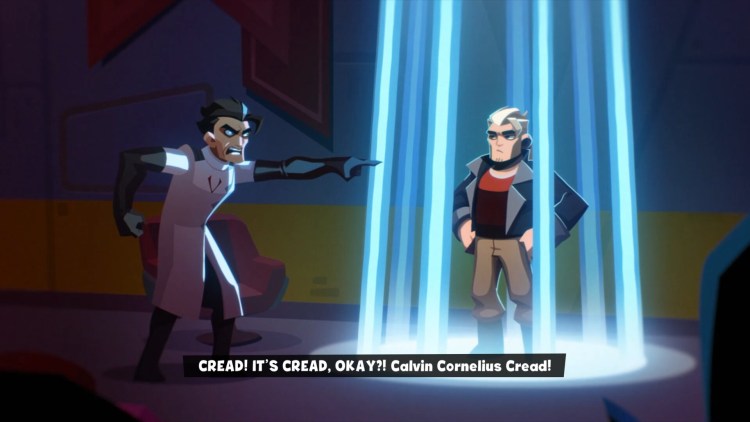 The gameplay in Blast Brigade is snappy and responsive. Your character has an infinite assault rifle by default, but they can find ammo for other weapons. Jeff has a shotgun, for instance, and Shura has a sniper rifle. You aim with the right stick and fire with the right trigger, so it won’t get in the way of your platforming. Characters can also air dash to the side. This is a Metroid-like, though, so you can count on finding new abilities as you progress forward. There are items to find that unlock improvements too, such as heart containers, of which you’ll need four to get an extra hit.

Blast Brigade is a challenging game and, honestly, I find it can be frustrating on occasion. If you touch an enemy, you lose an entire heart container. Having heart containers instead of something more akin to a life bar irks me outside of Zelda games, even if it functionally makes no difference. Still, the game is fun and there’s a lot to do, considering. This is a beefy game with a lot of backtracking for goodies that genre fans will appreciate. I say Blast Brigade is worth it in Early Access, especially since it’s going to be finished in six months anyway. 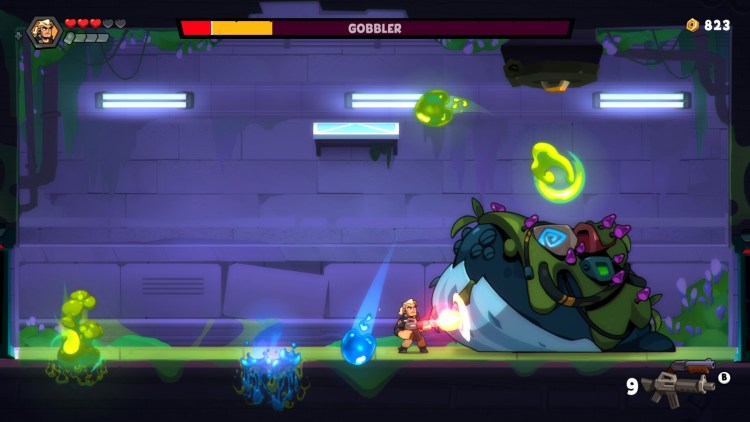 Genshin Impact: Through the Mists Day 3 guide – Destroy the perches

Genshin Impact: How to unlock the Moshiri Kara domain