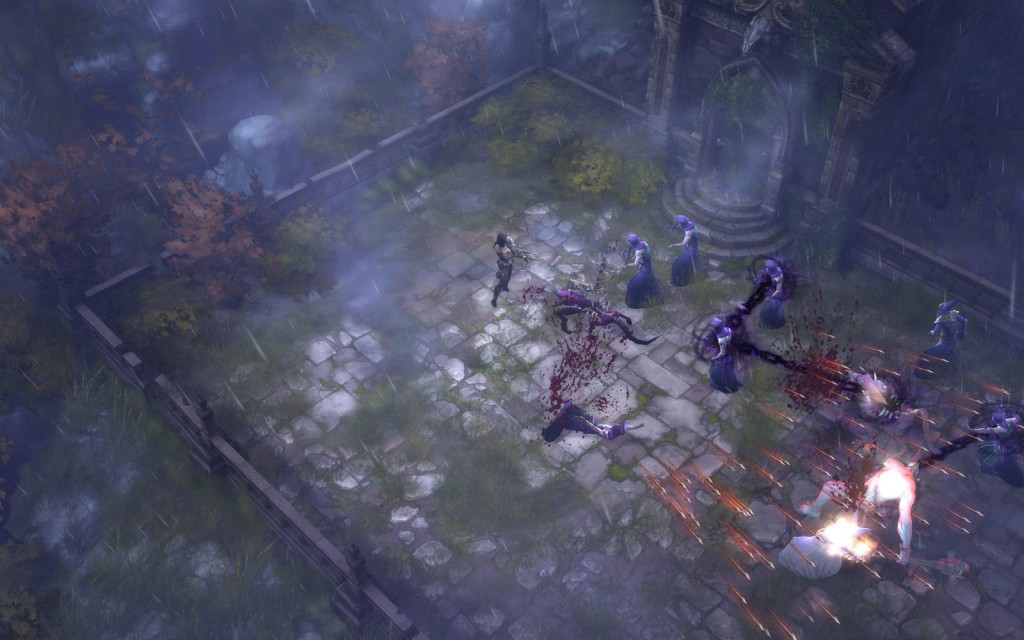 With players reaching Inferno probably faster than Blizard expected, many have downed tools for now until some of the game’s issues are resolved. In a post by US community manager Bashiok, they now readily admit that there is in fact no real end-game.

We recognize that the item hunt is just not enough for a long-term sustainable end-game. There are still tons of people playing every day and week, and playing a lot, but eventually they’re going to run out of stuff to do (if they haven’t already). Killing enemies and finding items is a lot of fun, and we think we have a lot of the systems surrounding that right, or at least on the right path with a few corrections and tweaks. But honestly Diablo III is not World of Warcraft. We aren’t going to be able to pump out tons of new systems and content every couple months. There needs to be something else that keeps people engaged, and we know it’s not there right now.

We’re working toward 1.0.4, which we’re really trying to pack with as many fixes and changes we can to help you guys out (and we’ll have a bunch of articles posted with all the details as we get closer), and we’re of course working on 1.1 with PvP arenas. I think both those patches will do a lot to give people things to do, and get them excited about playing, but they’re not going to be a real end-game solution, at least not what we would expect out of a proper end-game. We have some ideas for progression systems, but honestly it’s a huge feature if we want to try to do it right, and not something we could envision being possible until well after 1.1 which it itself still a ways out.

Hindsight is 20/20 I suppose, but we believed pre-release that the item hunt would be far more sustainable, and would work to be a proper end-game for quite a while. That didn’t turn out to be true, and we recognize that.

Back in August 2011, producer Jay Wilson stated that creating the Diablo 3 end-game was “keeping him up at night”, and it’s obvious now the game is released, there was no real solution for a solid Diablo 3 end-game. This has stung Blizzard on the backside somewhat and today’s comments have likely been posted to keep current players engaged.

It doesn’t look like there’s going to be a solution to the end-game problem quickly which will frustrate the Diablo 3 community.

Super slim PS3 to be announced at Gamescom – rumour