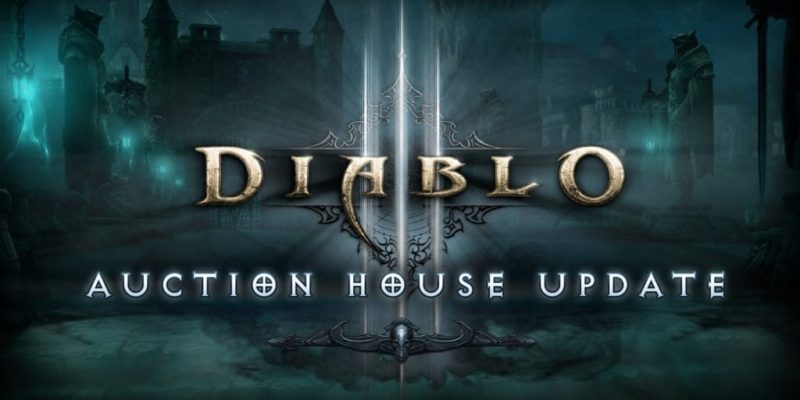 Some massive news for PC Diablo 3 gamers this afternoon as Blizzard has announced the closure of the Diablo 3 auction house on 18 March 2014.

Since the game launched it has been the main hurdle with the itemisation problems, and while some welcomed the addition of an auction house, players of the previous two games were extremely concerned about what it would do for the game’s economy. Their concerns were well founded and the game struggled with the addition of a real money system

With the announcement of Reaper of Souls and a new game director joining a few months ago, the game is being reworked to fit in more with what Diablo gamers expect from the franchise. Today’s news has been welcomed with open arms and it’s a real boost for the franchise.

When we initially designed and implemented the auction houses, the driving goal was to provide a convenient and secure system for trades. But as we’ve mentioned on different occasions, it became increasingly clear that despite the benefits of the AH system and the fact that many players around the world use it, it ultimately undermines Diablo’s core game play: kill monsters to get cool loot. With that in mind, we want to let everyone know that we’ve decided to remove the gold and real-money auction house system from Diablo III.

We feel that this move along with the Loot 2.0 system being developed concurrently with Reaper of Souls™ will result in a much more rewarding game experience for our players.

We’re working out the details of how the auction house system will be shut down, but we wanted to share the news as soon as we made the decision in order to give everyone as much advance notice as possible. Please note that the shutdown will occur on March 18, 2014. We will keep everyone informed as we work through this process.

Josh Mosqueira and I wanted to provide everyone with a little more information behind this decision, so please have a look at the video, and stay tuned to this site for further updates in the months ahead.

At GDC earlier this year, the previous game director Jay Wilson commented that the auction house “hurt the game” and he was absolutely right. It’s taken some time for this to sink in with the development team but it’s an excellent move.

For all the reactions and to find out more head to Diablo: IncGamers.

Beta Molyneux: Godus patch V1.2.1 has a number of fixes