The Blizzard Gear store has updated with four new art prints: two from World of Warcraft, one from Hearthstone, and one from Diablo. All four prints are available as matted or framed photographs, or wrapped or stretched canvas.

Hearthstone‘s print comes from the Descent of Dragons update. Diablo‘s print is of the Birth of Nephalem. The two World of Warcraft prints feature Anduin, leader of the Alliance, and Sylvanas, former Warchief of the Horde. That last one might seem a bit odd, as nowadays, Sylvanas is a bonafide villain who’s left the Horde far, far behind. So your options for a World of Warcraft print are between either an Alliance hero and leader, and this villain everyone’s supposed to hate now. “The Horde is NOTHING”

Blizzard’s Gear store has also updated with new figurines, this time of Jaina and… Sylvanas. Certainly, they look great and are much cheaper than the Jaina and Sylvanas statues. But still, that’s two Alliance leaders, no Horde leaders, and one villain who is very much not a Horde leader anymore. Not that anyone’s counting or anything. 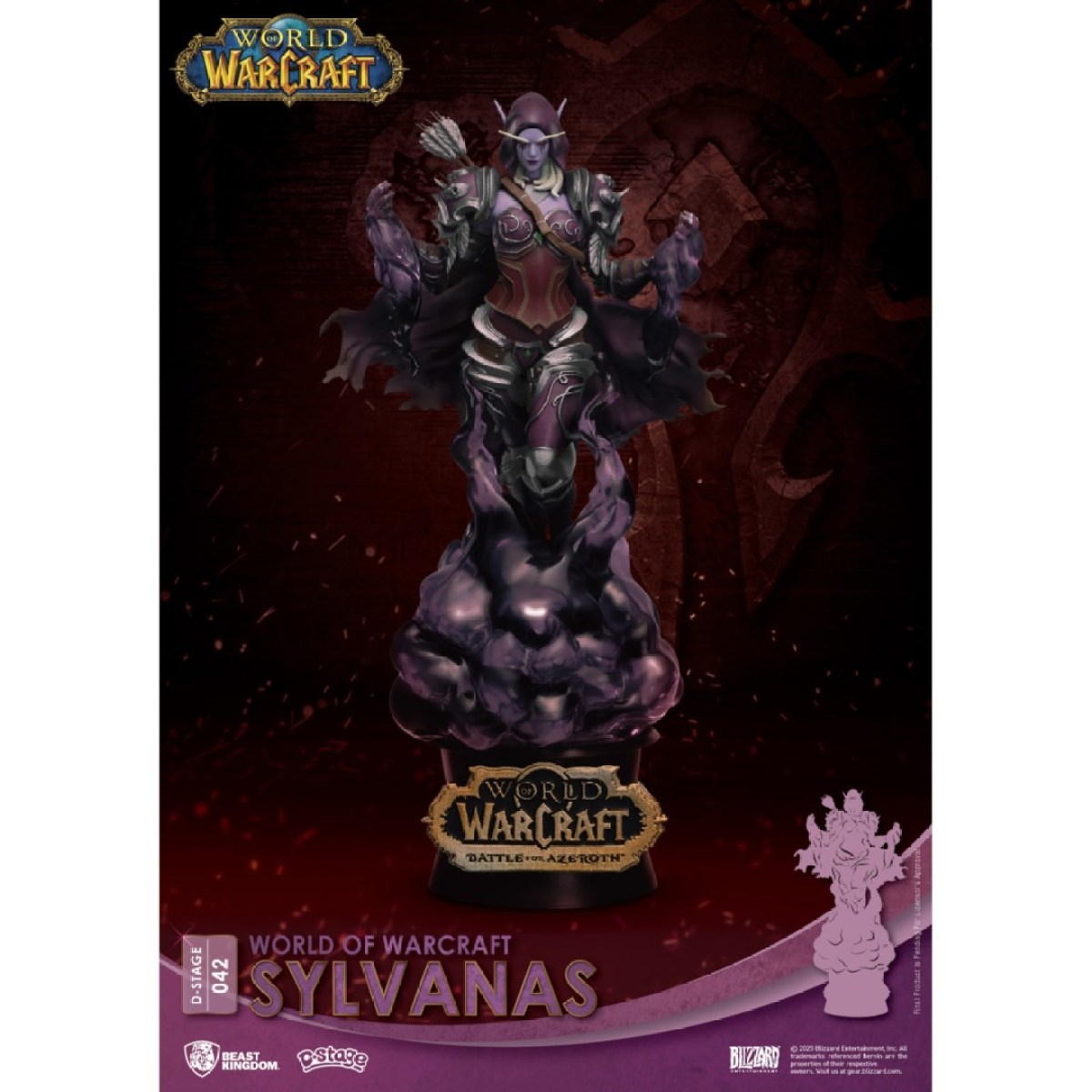 Nothing for the Horde

It’s possible that Blizzard is just getting all the Sylvanas merch out now, as, after Shadowlands, she might never be a significant figure again. But still, the lack of a strong Horde figure shines a light on a problem that’s been building for a long time: the Horde has an identity problem.

All of the original leaders are gone. Thrall might be back now, but he also abandoned the Horde, and it’s difficult to see him as a real leader after that. Cairne and Vol’jin are both dead. And Sylvanas has made the Horde do so much that just goes against its original principles of honor. It’s hard to really recover from that, even with her gone.

As a Horde player, am I worried about my faction’s very identity? Yes. But I’m also not going to complain too loudly. Because wow, Sylvanas is beautiful, and I need all of her merch now.