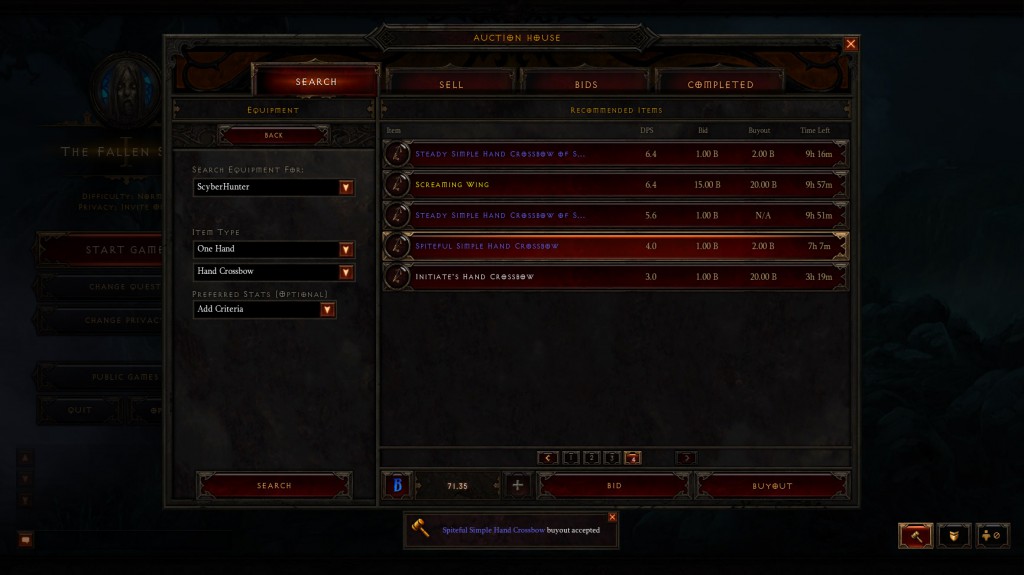 At GDC, the previous Diablo 3 game director Jay Wilson was giving a Diablo 3 postmortem and made some rather interesting comments regarding the auction house system which has proved a contentious game feature since it was announced back in August 2011.

Speaking to the audience at GDC, Jay said that Blizzard has “no idea” how many players like or dislike the system which goes to show they had no idea what kind of impact the auction house would have on the game when the system was designed and then announced prior to release.

Jay went as far as to say that the auction house has “hurt the game” which make a lot of sense when you consider all the problems they have had with the game’s itemisation since it was released last May.

It appears the initial motivation for the auction house was to help stamp out fraud with real money trading, something that was a problem in Diablo 2. They thought it was a service players would want, and only a small percentage of the players would actually use the system. As players know, the auction house became a necessity to get heir hands on decent items unless they farmed for hour and hours on end.

Jay also mentioned that if they could they would turn off the auction house, but it’s not as simple as flicking off the switch on the auction because they have no idea how many people who play like the feature.

There’s not doubt that without the auction house Diablo 3 on the PC would be a very different game, a game that console players will actually be getting as there is no auction house planned for the port.

When you read comments like this from Jay you realise how out of touch Blizzard were with the Diablo community, especially the fans of the previous game who I’m sure would love to see the auction house go.

Thanks Joytiq via Diablo: IncGamers.