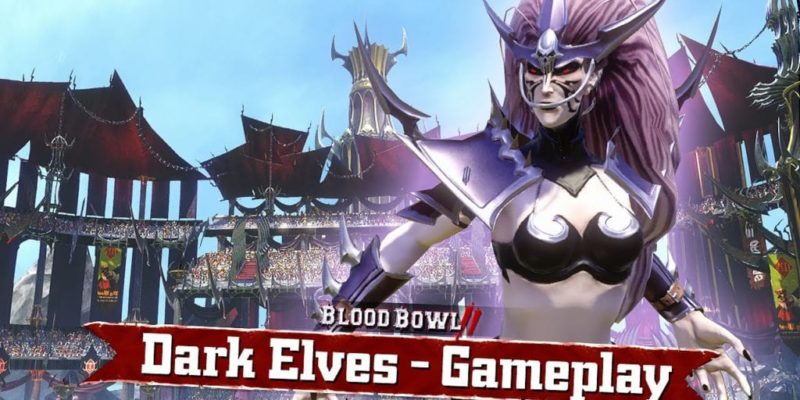 I realise advertising trailers probably aren’t the place people will be flocking to for Blood Bowl 2 tips, but this new one showing the Dark Elves isn’t even pretending to depict realistic Bowl tactics.

Ostensibly, it’s here to show you the various skills some of the Dark Elf team can offer. They basically play a running/dodging game, but can pick a pass when they need to and have a few players who can dish out a bit of sadistic pain. The trailer runs through the assassin’s Stabbing abilities, the Witch Elves’ need to attack twice with Frenzy, a handy Leap skill on the Blitzer, and so on.

That’s all fine, but seeing the Dark Elf player go for multiple one-dice blocks against Dwarves was giving me fainting fits. Not to mention throwing a pass to a player who’s completely surrounded. Don’t play Blood Bowl 2 like this folks, you’ll lose.

Way of the Samurai 4 Review