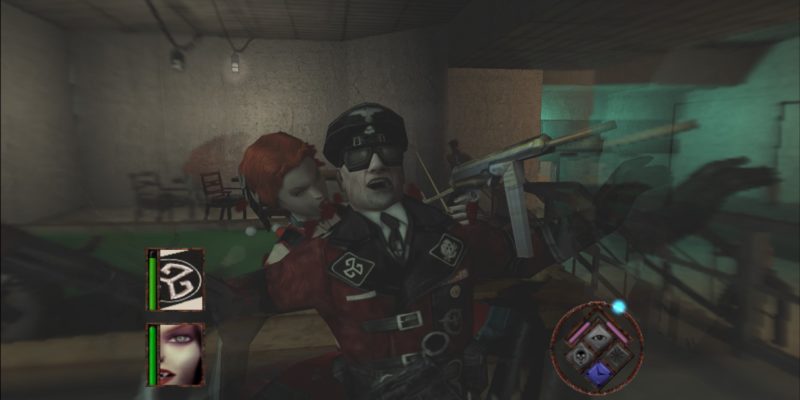 I’m always down for a good remaster. But BloodRayne: Terminal Cut is far from that status. Including a subtitle is a bit misleading, as it’s practically the same exact game that we got on PC 18 years ago. However, that original release has severe compatibility issues and doesn’t work very well on modern operating systems. When Ziggurat obtained the license, it decided to re-release the game so that people would be able to actually get the damn thing working again. You can now buy it for about $10 USD but the question stands: is it worth it?

I’m sure the first question on your mind is “what’s new?” The answer, as I suggested in the last paragraph, is “not a hell of a lot.” When launching the game, there are some slightly newish options baked in. Those namely pertain to being able to easily select modern resolutions. That isn’t everything, though. However, the only large change to the game itself is that the mutated zombie enemies now have their flesh colored green. I’m assuming this is a censorship issue, which is strange considering that you kill a large number of living humans in BloodRayne: Terminal Cut already. Then again, those are Nazis.

The only other thing is that some textures have bump mapping that didn’t before. Aside from that, BloodRayne: Terminal Cut is the same game you may have left  sitting in your Steam library for years. Speaking of which, if you already own that version, you now own this one too! No need to buy it. Pretty nice gesture, I suppose, but it is the same exact game, so this was obviously the right move. 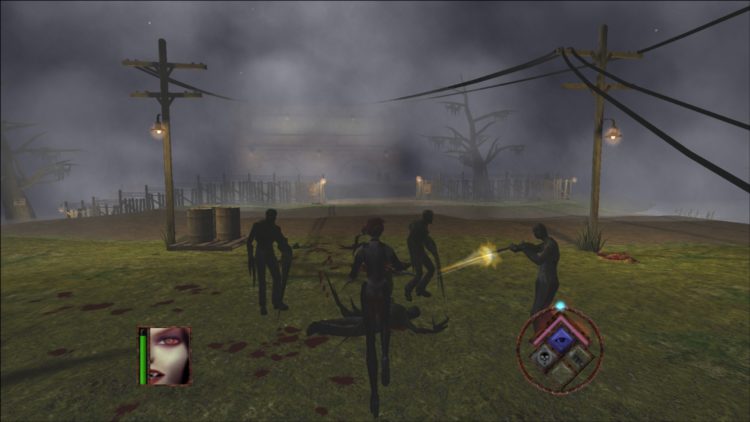 Has it held up?

BloodRayne: Terminal Cut is a very dated game in many ways. The camera is stuck to Rayne’s back and controls better with a mouse and keyboard than a gamepad. You can certainly play it the latter way if you want to though. Plus, there’s Xinput support now! The combat will be underwhelming if you’ve never played the game before, but the gameplay has honestly held up just fine, I think. Fighting is more like an ARPG than a character action game, as you’ll mostly be mashing the attack button while trying to dispatch enemies before they can put you down.  Rayne fights with her arm blades and kicks, resulting in a lot of heads, limbs, and torsos getting severed.

One of BloodRayne: Terminal Cut‘s most unique elements is that Rayne heals by drinking the blood of her foes. You can leap onto any humanoid non-elite enemy at any time and Rayne will drink them dry until they plotz. It kind of makes enemies horribly non-threatening, but it’s a neat power fantasy option. Rayne often needs this to survive, as the enemy she’s feeding on will provide cover. It’s still immensely entertaining to leave a hallway covered with the corpses of a dozen Nazis after feeding your way through them. Rayne can also slow down time, which massively helps with keeping her alive.

The visuals are clearly that of a game from 2002, but the texture work has held up surprisingly well. Everything is high resolution and nicely rendered, including major character models. Rayne herself and her outfit are surprisingly detailed, considering. The game can be a bit clunky and frustrating, plus only being able to save during level transitions is unwelcome. All in all though, I’d say that BloodRayne: Terminal Cut is worth it for anyone who enjoys silly vampire action and doesn’t already have it for free in their library. 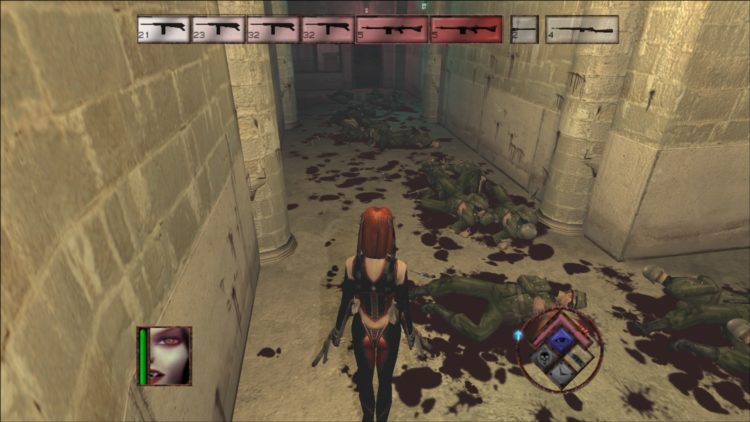