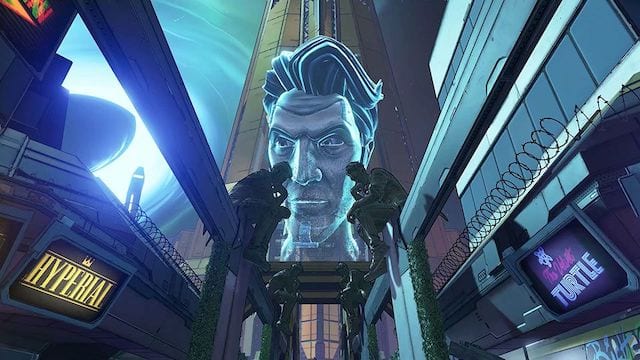 If you’re wondering where the Borderlands 3 story goes from here (now that you’ve probably finished it), wonder no more. Gearbox Software recently revealed that it will host The Borderlands Show Episode 3 on Wednesday, Nov. 20 at 8:00 a.m. PT. The broadcast will take place on the official Borderlands Twitch channel, and it’s here you’ll learn about what all is next story-wise.

The stream will feature Greg Miller and Fran Mirabella from Kinda Funny, alongside Gearbox CEO and president Randy Pitchford. Over the course of the show, they’ll take a look at the first DLC pack.

What can fans expect from this new add-on for Borderlands 3?

Details are sketchy at the moment, but the show does tease that this first chapter will “expand the narrative and gameplay” for the sequel. What’s more, there could be a surprise reveal, since the developer indicated that it has several set “for next year.”

There’s also a big patch set to arrive later this month. During the show, the hosts will discuss what this patch has in store. First off, the endgame challenge of “Takedown at the Maliwan Blacksite” should see some discussion. There should also be a look at Mayhem Mode 4, as well as some additional tweaks and balancing improvements.

Gearbox also sent a reminder that those who purchase the Borderlands 3 Season Pass — or purchased the Super Deluxe Edition of the game — can download the first DLC when available. It’ll also be available separately as an add-on, though pricing isn’t known just yet.

Whatever the case, here’s hoping the DLC becomes available before the holiday season. After all, nothing brings in Christmas like destroying enemies and scoring some precious loot. Right, Vault Hunters?

Again, the stream will be available tomorrow morning at 8:00 a.m. PT. Make sure you tune in for all the shenanigans, as only Claptrap and company can deliver.