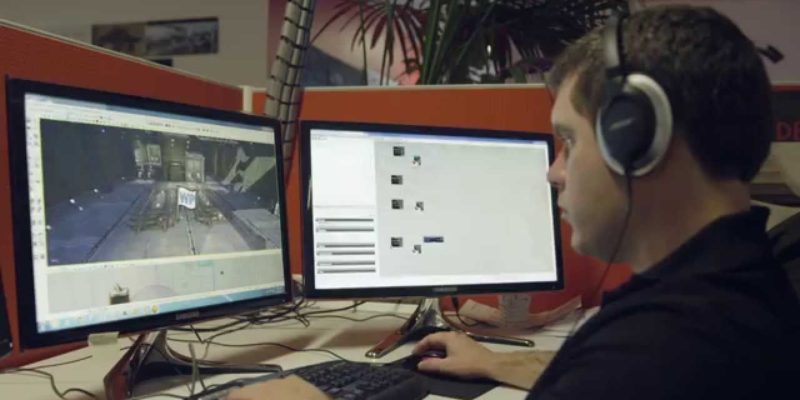 Ladies and gentlemen, he is floating in space.

The moon; werewolves would be screwed without it and the sea would get all confused. Lucky, then, that it doesn’t have huge cracks in it or anything. Except in Borderlands 2, that’s exactly how the moon looks. How did it get that way? Borderlands: The Pre-Sequel will reveal all.

This latest episode of the “Making Of” series goes a bit more in-depth with how the features of the moon will have an effect on gameplay in Borderlands: The Pre-Sequel. Gravity is a big one, obviously. While you won’t just drift off indefinitely into space during the game (that might get a bit old,) the reduced gravity does mean a higher, floatier jump and more verticality (ie; tall stuff) in levels.

It also means you can land on people from reasonably great heights, causing damage with your Asylum Demon-esque butt stomping powers. If landing on people with your arse doesn’t sound enjoyable enough, there’s also the option of cryo-weapons which will (eventually) freeze people in place. They can then be smashed into pieces or sliced with a laser in traditional videogame fashion.

Borderlands: The Pre-Sequel is due in October. The second ‘Making Of’ episode can be viewed below, thanks to the power of the moon.