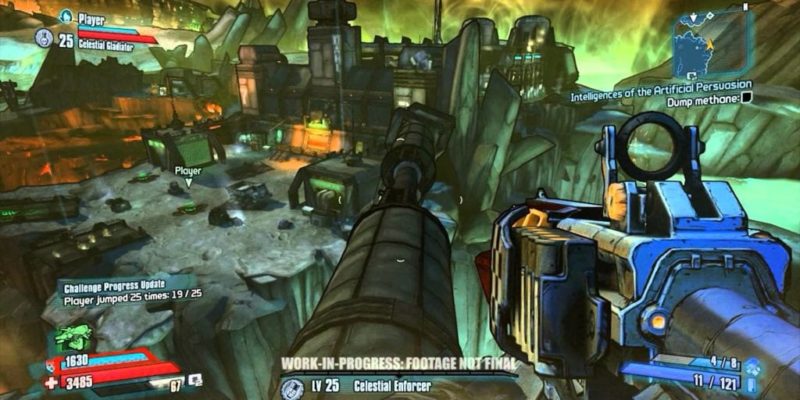 Something something, one small step for man.

Like many other games Borderlands: The Pre-Sequel was demoed at E3 2014, but if you weren’t actually there then you won’t have seen it. If only there was some way developers 2K Australia could show that demo footage to a wider audience … Oh right, the internet.

Yes, in this special narrated walkthrough edition of the Borderlands: The Pre-Sequel (look, I know its been said before, but that name is quite spectacularly dumb) you’ll get to see fourteen minutes of the game doing it’s gamey thing. Your voice-over buds for this presentation are 2k Australia’s Joel Eschler and Gearbox’s James Lopez. Gearbox aren’t actually making this spin-off, but they are providing mysterious “assistance” at some level.

For the purposes of the video, the chaps play as Hyperion engineer Wilhelm and go down the “cyber-commando” skill tree. As this is a, uh, pre-sequel, you’ll see Wilhelm as a man rather than the giant robot boss fellow from Borderlands 2.

Watch below for low-gravity butt-slams, geyser hopping and other moon-related antics. It looks, surprisingly, quite like Borderlands. The game is coming out in mid-October this year.