If Greez ever told you “we can’t stop in Dathomir, this is bat country,” you should believe him. Dathomir hides many nasty enemies, and the Gorgara, a huge, bat-like monster, is at the top of the food chain. Luckily for you, this boss fight isn’t nearly as bad as you’d imagine.

Although I’m sure it must be hard to take my word for it. The Gorgara is a truly enormous boss to take on. Before, the larges enemies you faced were still only somewhat taller than Cal. However, the Gorgana is so large you have to fight it in a cave. And even then, the fight continues to the outside. Indeed, this is Fallen Order‘s take on the massive boss monsters of Dark Souls. But like with Dark Souls, the dodge button is your best ally. 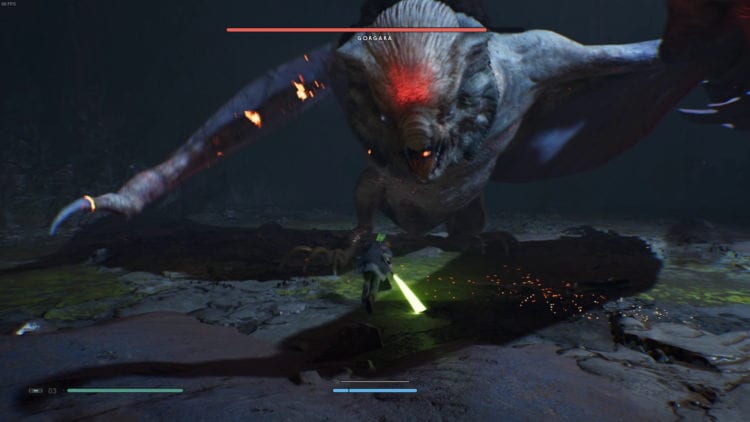 I can hear the monks chanting already.

Get in close when fighting the Gorgara. My tactic was to station myself by its right foot and attack a few times while waiting for it to glow red with a charge attack. Dodge right before it releases the move, then attack some more. You will repeat these steps over and over again. I found that this is the best strategy to take on the boss, as trying to tackle it head-on will get you bit.

You’ll have to break the repetition from time to time. It will move off to the edge of the arena and then charge through it twice. Again, just dodge as it gets close, then go back to work.

At times, the beast will take to the air. Its simplest attack is to leap into the air and then crash down on top of you. Other times, it will unleash a shockwave from its mouth, pointed like a laser beam. It will make two passes with this move, but it’s easy to dodge. 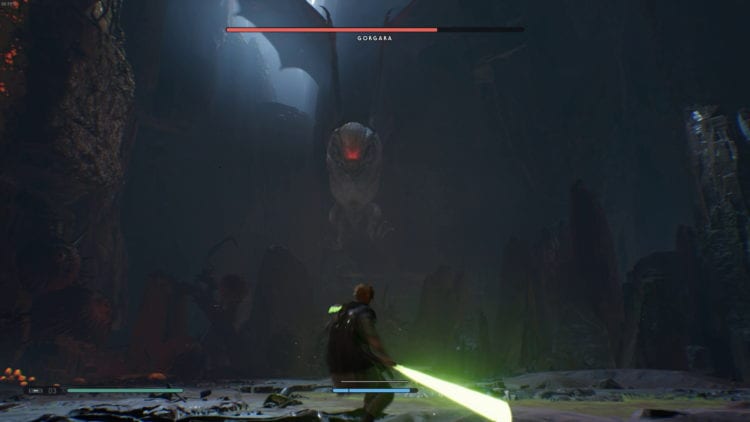 Get ready to dodge!

The Gorgara is a lightsaber sponge, making this a lengthy battle — especially if you haven’t upgraded your weapon damage yet. However, it’s a lot easier than you realize at first. If you follow the steps above, you’ll be able to scare it off and get a nifty new upgrade for your trouble. The Gorgara returns for one last bout later, but it’s more of a QTE encounter.

Next up is the final legendary beast, the Nydak Alpha of Dathomir.

By Jason Rodriguez4 seconds ago
Guides