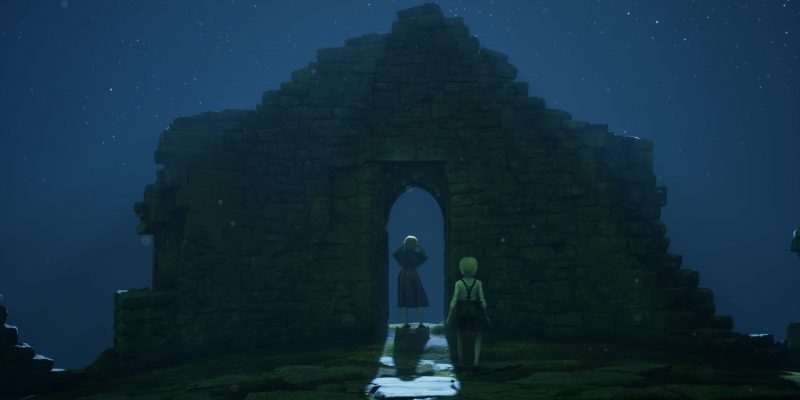 We all love a good, twisted children’s story, don’t we? Bramble: The Mountain King, an upcoming game from Dimfrost Studios, is a dark adventure game strongly inspired by Nordic folklore that was announced back in 2019. After a long wait, we’re finally getting another look at the game. A new trailer has just shown up, letting us get a glimpse of what horrors lay in wait. I love a good waking nightmare, despite the fact that I live one on a regular basis, but you know what I mean. Or maybe you don’t.

The trailer for Bramble: The Mountain King begins with a small, blond child stabbing something in the chest. It cuts back to the same child standing in the dark in a nightgown holding a candle before going back to the stabbing. This time, there’s blood on his face. Great. Then it shows the boy interacting with an unidentified person, before he walks through a lovely stream, lily pads pushed out of the way as he moves. Then back to the stabbing. Man, someone pissed this kid off. There’s also a creepy, giant lady monster, so, uh, enjoy. Friggin’ Nordic fairytales or whatever.

Bramble: The Mountain King tells the story of a young boy scouring a mythical land while searching for his lost sister. Meanwhile, there’s a curse at play, and you’ll lay bare its secrets of the course of your adventure. The gameplay is focused on narrative, but it’ll have plenty of boss fights against giant enemies, so it probably won’t be a cakewalk.

The nature the boy explores is based on Nordic terrain. It should give the game a more authentic feel, as the boy must fight creatures of legend such as trolls, gnomes, Nacken, and the Skogsra. The game is set for a 2022 release, so we’re almost there. And we’ll get to find out who the hell that kid is stabbing so much.