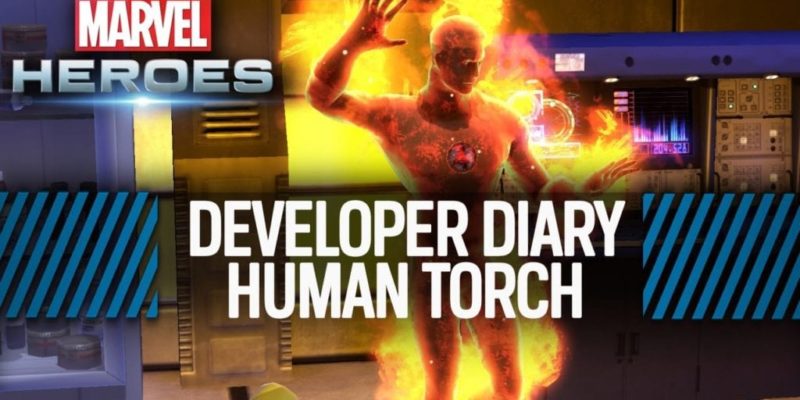 Earlier this month, when the 1.11 patch for Marvel Heroes was announced, we weren’t entirely sure what the update was going to contain. There was much talk of ‘Eternity Splinters,’ a method of unlocking heroes in the order of a player’s choosing (rather than relying on random hero drops,) but it wasn’t clear if that would be in the update or not.

Now we know: it is. Eternity Splinters will pop out of “any enemy in the game” if you punch them enough. Of course, the rate at which you can gather Eternity Splinters isn’t really known yet. Hopefully you don’t have to grind for 15 hours just to get the character you really want to play as.

Speaking of characters, the Fantastic Four’s Human Torch is also part of this update. He has 25 “unique powers” and all of them involve setting things on fire by accident (probably.)

Finally, Gazillion has added a new zone called “Midtown Patrol” in which you prowl around Manhattan looking for groups of super villains to beat up. Does that count as entrapment? I’m not sure.

For the full set of detailed patch notes, have a look over here.

Ubisoft has ending planned out for Assassin’s Creed franchise