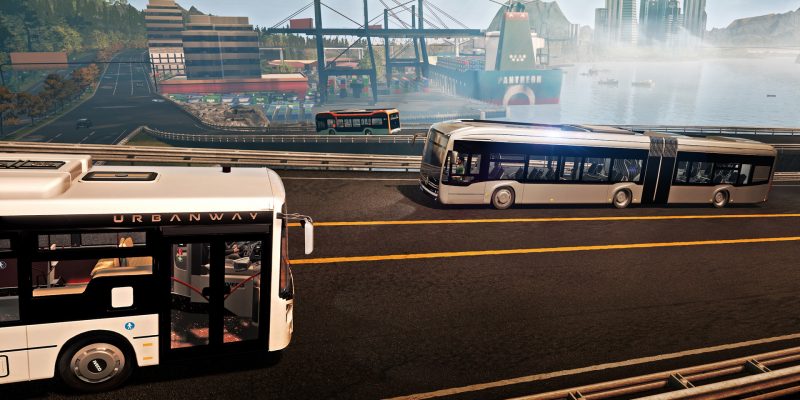 Are you champing at the bit for yet another new bus sim? If for some reason your answer to that question is, “yes,” then you’re going to be delighted to learn that Bus Simulator 21, the latest entry in the series from developer Stillalive Studios and publisher Astragon Entertainment, now has a release date. It’s still a ways off, but this’ll give you an idea of when you’ll be able to sit down and hold the W key while hoping that traffic isn’t backed up a quarter mile up the road.

The previous entry in the series, Bus Simulator 18, was released nearly three years ago. Bus Simulator 21, however, is now set to debut on September 7, 2021. That’s a third of a year. Considering how much time people spend actually waiting for the bus, it’s appropriate that you’ll be waiting a third of a year to drive a digital bus, isn’t it? The game is set to include around 30 licensed buses from many new brands, including Blue Bird, Alexander Dennis, and Grande West. It’ll also feature returning brands such as Mercedes-Benz, IVECO Bus, and Setra. The game will have two open-world cities for players to slowly drive through: one in the US and one in Europe.

In addition to the announcement of Bus Simulator 21 release date, there’s also a shiny new trailer showing off a sleek, black-and-silver Mercedes-Benz bus. Honestly, I didn’t know they made buses, but I guess a lot of car manufacturers do. The trailer focuses not only on what the bus looks like from the street, but gives us a careful look at the clean, white interior and the sharp-looking black seats. I’m not sure what sort of public transportation system could even afford buses like these, but I might have to move to a city like that one of these days. Bus Simulator 21 is on track to be released on PC and consoles in September.