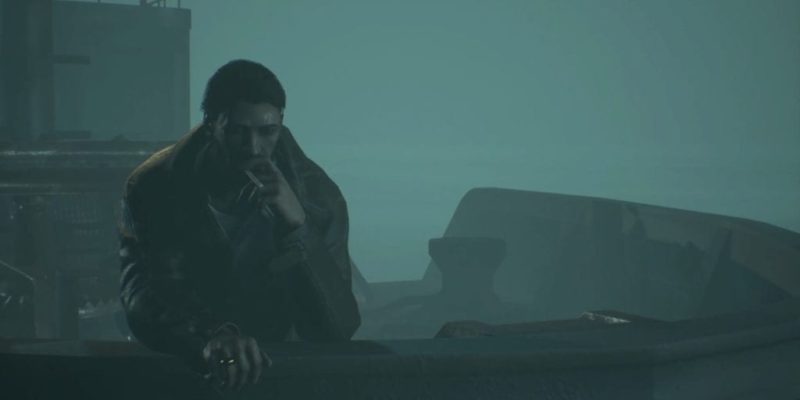 There has never been what I’d call a shortage of games based on the works of H.P. Lovecraft. His brand of supernatural horror is a wellspring that’ll continue to inspire games for decades. Call of Cthulhu is the latest such game to take inspiration from his works. Does it do a good job of fitting into the pantheon of Lovecraft games or does it fail to deliver the goods?

It’s worth mentioning that, although it shares the name of Lovecraft’s most famous story, Call of Cthulhu is inspired more so by the pen-and-paper RPG. It tells the tale of the extremely familiar Edward Pierce, a washed-up private investigator with a drinking problem. For whatever reason, we know next to nothing about Mr. Pierce aside from these two overused tropes.

The story starts when a man, heartbroken at the deaths of his daughter and her husband and son, comes into Pierce’s office with a case. He suspects foul play and no one believes him, which is why he’s resorting to a detective of ill-repute. Pierce is tasked with going to the town of Darkwater to investigate and determine exactly what happened to his daughter. Along the way, he must piece together a sordid mystery of cosmic importance. 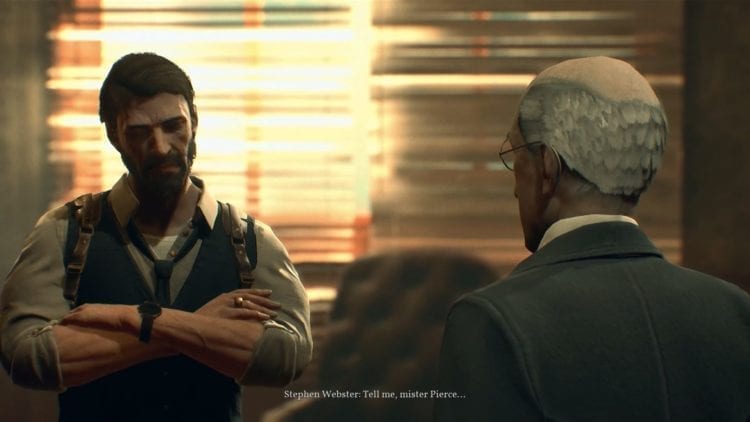 So, a man walks into a washed-up detective’s office…

Call of Cthulhu Is Familiar, Yet Enjoyable

Make no mistake – Call of Cthulhu‘s story is familiar and checks off most of the tropes you’d expect from a game of this sort. However, it’s well-told and manages to be compelling for the entirety of its playtime. The game has a decent-sized cast of characters. The mystery also unfolds in an enjoyable way that left me satisfied when all was said and done.

The game’s presentation is a bit of a mixed bag, but it does the job for the most part. The visuals are fairly strong in the environment department. Areas are atmospheric and detailed, with a strong use of color and a good eye for design. That said, some don’t hold up to their promised potential, such as the town of Darkwater. When you arrive, it looks like you’ll have free reign of the town, so I was excited to explore its nooks and crannies. But you end up only visiting it a couple of times.

The characters fare a bit worse in the visual department. The lip-syncing and character animations can only be described as wonky and silly-looking. Their mouths don’t move enough, or move in unnatural ways. The developers, however, have promised a day one patch to alleviate some of these issues.

The sound is about the same. While the game’s overall sound design is effective, the voice acting varies a lot. Pierce’s voice actor does his job well enough. But then there are characters such as the tough crime boss, Cat Baker, who absolutely fails to sound threatening in any way. A fair amount of characters simply don’t sound as believable as I’d have expected, but they don’t overly detract from the story. 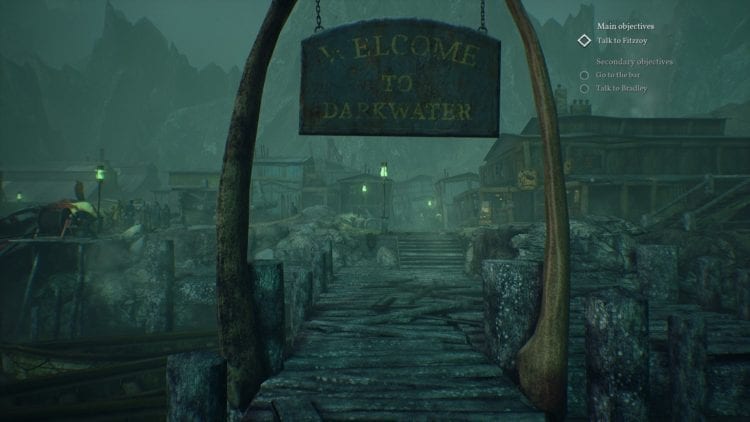 It looks like you’ll get a town to explore, but nope!

The Character Sheet Kind Of Feels Like A Trick

Early on in the game, you’re given a character sheet with points to put into various skills. This makes the game seem like it’s going to be an RPG at first, but it absolutely isn’t. Make no mistake, Call of Cthulhu is a walking simulator. Sure, it’s got some mild RPG elements, some stealth sections, and some light puzzling. But it’s still a walking simulator with adventure game DNA at its core.

Call of Cthulhu has skills you can build, such as strength, psychology, spotting hidden objects, and investigation. While strength allows you to pick locks and the object skill lets you see items that otherwise won’t appear on your playthrough, the vast majority of the skills only give you different dialogue options or some extra bits of background information when examining objects. These new choices might change a few sentences of dialogue, but the results are almost always the same. Although you can use the skills to find different routes through each area, they’re all self-contained.

That is to say that none of your choices affect anything in the long run. During my playthrough, I was excited every time I made a big choice and a prompt in the top left-hand corner of the screen told me that my fate was changed. However, none of your choices change anything at all in the end. No matter what you choose or what you do, the story is completely linear. Even the game’s three endings are simply chosen via a dialogue tree at the very end. Yes, just like the insanely unpopular original Mass Effect 3 ending. This was extremely disappointing because it made me feel like none of my choices mattered, which was clearly the case. 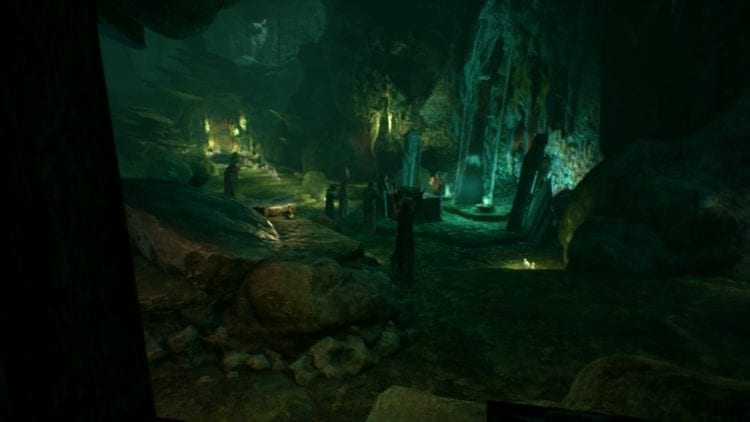 There’s Not Much Stealth, But It Is There

Most of Call of Cthulhu is spent exploring the game’s environments for items and talking to people in order to move the story forward. This boils down to simply walking around and looking for whatever happens to be lying around – or even just progressing through an area. It’s a game that definitely wants to be more of an interactive story than anything else. And, honestly, it does it well. The game exemplifies this by having sections straight out of the Batman Arkham games where you piece together crime scenes by finding items strewn about the area. These are cool but as simple as the rest of the game.

That isn’t all there is to the game, however. Prior to release, I’d seen Call of Cthulhu billed as partially being a stealth game, but there’s hardly any stealth at all. There are only a few stealth sections in the game, and they’re fairly rudimentary. You can crouch and use parts of the level geometry for cover or hide in closets in order to stay out of the enemy’s sight.

The game’s worst moment is its lone boss fight, which hinges on sneaking past an enemy. This section gives you absolutely no hint at what it is you’re supposed to be doing and tasks you with breaking showcases open to grab daggers. The area is littered with daggers, but only one of them is actually usable. Additionally, the boss kills Pierce any time it comes into contact with him. So the segment is just a lot of dying until you find out where the right dagger is. It’s out of place and has no business being in the game. 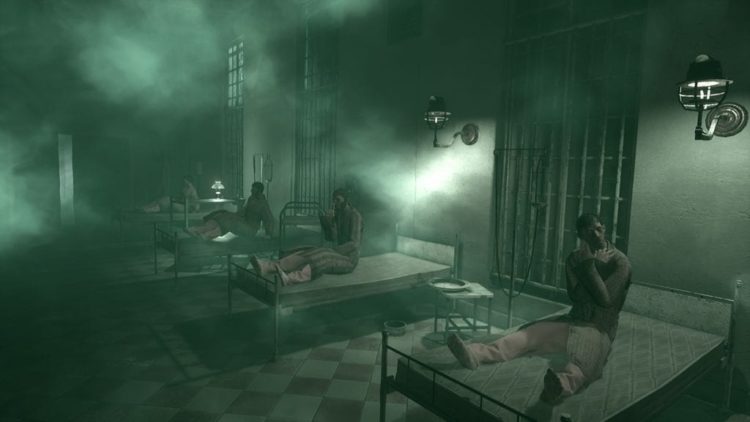 The Amount Of Variety Definitely Helps

There’s a single segment where you can choose to use a gun, but even then I’d hardly refer to this as an action segment. There are also a couple of instances where you need to run for a few minutes. These sequences aren’t much on their own, but they definitely give the game some variety that adds spice to the pacing and story. At the least, the game has just enough differences in various parts of the story to keep things consistently interesting.

Now, Call of Cthulhu is surprisingly a full-priced game. This is strange because not only is it mostly a walking simulator, but it’s only about nine hours long. On top of that, there’s not much replay value, as the choices change little. I honestly think this game should not be full-priced, as it doesn’t represent a significant enough value to justify it.

One thing that bears mentioning, too, is that I don’t think the devs nailed the otherworldly Lovecraftian feel. The game may nail its atmosphere, but it rarely succeeded in making me feel lost in unnatural horror. It’s a bit of a spooky game in spots, but it’s absolutely not scary. People hoping for some scares will almost certainly walk away from Call of Cthulhu disappointed. 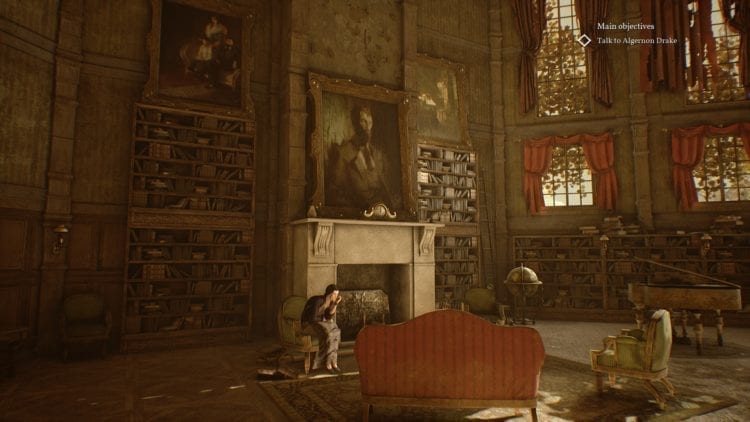 And In The End

Overall, I liked Call of Cthulhu a fair amount. I enjoyed the story, the atmosphere, and the environments. It’s a walking simulator for the most part, sure, but it’s a solid one. Although I can’t recommend it at launch due to price, fans of story-based gaming experiences will likely find a lot to like about Call of Cthulhu. Just don’t go in thinking it’s a stealth RPG and keep your expectations in check. If you can do that, you’ll likely have a good time.

While it should definitely be more upfront about its shorter playtime and isn't worth full price, Call of Cthulhu is a good walking simulator that tells an interesting story.