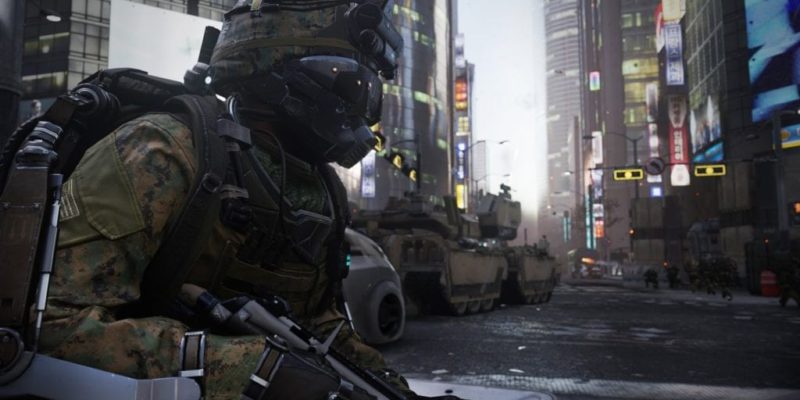 Call of Duty: Advanced Warfare is going all-out to get your cash early with these special editions.

The versions that are on sale now are as follows:

All of the above will also include:

Two (2) Weapons – The Bal-27 AE Assault Rifle and the Atlas 45 AE Pistol: Trick out your loadout with these two sleek weapons fitted with an Atlas Corporation theme to match your other custom content.

Atlas Exoskeleton: Strike fear into competition with your PMC-issued, white, red & black custom Atlas exoskeleton, and ensure opponents remember who took them out.

Atlas Player Card: Leave your mark on any killcam with an Atlas player card, featuring both a custom Atlas calling card and custom Atlas emblem.

Five (5) Bonus Supply Drops: Supply Drops are part of the revolutionary changes in Call of Duty: Advanced Warfare that Sledgehammer Games is bringing to Call of Duty multiplayer.  You’ll be well-prepared for battle as soon as you boot up with five bonus supply drops, which unlock a variety of game-changing, in-game content from player customisation gear to weapons.  More information on Supply Drops and the full suite of multiplayer options will be revealed on Aug. 11.

Single Player Exoskeleton Upgrade Token: Over the course of Campaign mode, players unlock exoskeleton perks and abilities that help tackle various obstacles and challenges. This token provides an extra upgrade for your exoskeleton, so you’re already at an advantage when jumping into the Campaign.

To confuse matters further,  the Atlas Pro Edition and Atlas Limited Edition both include the following:

These will probably fly off the shelves when they are actually available in the UK because it’s Call of Duty. Our advice is to stay calm and avoid all the enticing shiny goodies and wait until the game comes out because last year’s COD wasn’t exactly brilliant.