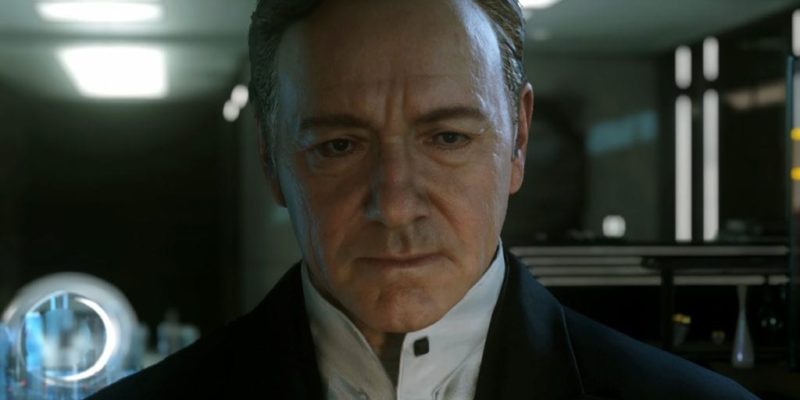 Sledgehammer Games’ Call of Duty: Advanced Warfare has been revealed, and it’s got a lot of Kevin Spacey.

Call of Duty: Advanced Warfare will star the American Beauty/House of Cards/The Usual Suspects actor as the villainous head of a PMC, who appears to have decided it’s time to attack America. As you do.

The trailer has Spacey monologuing about how nobody actually wants democracy, while cutting to scenes of futuristic combat with exoskeletons, hoverbikes, and the like. It looks extremely Call of Duty, which isn’t at all surprising but is perhaps a little disappointing after yesterday’s teaser video, which had me imagining some sort of Syndicate-’em-up with PMCs taking contracts and battling between themselves. Still, this is just a trailer. Maybe the gameplay details will impress a little more.

While the game was due to be revealed on Sunday, the trailer leaked early and so Activision and Sledgehammer made the decision to reveal the game early. Call of Duty: Advanced Warfare is due out on 4 November, and you can see the trailer – with footage taken from the Xbox One version – below.

The Layabouts Announce the Legend of Doodle, a Challenging, Elegantly Simple Platformer for Mac and PS Vita