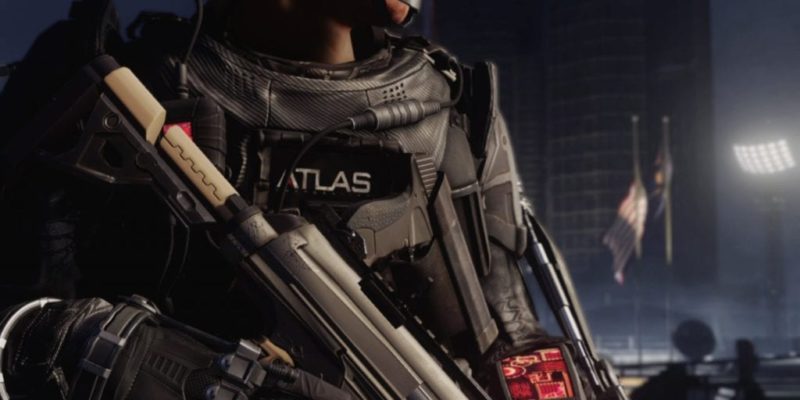 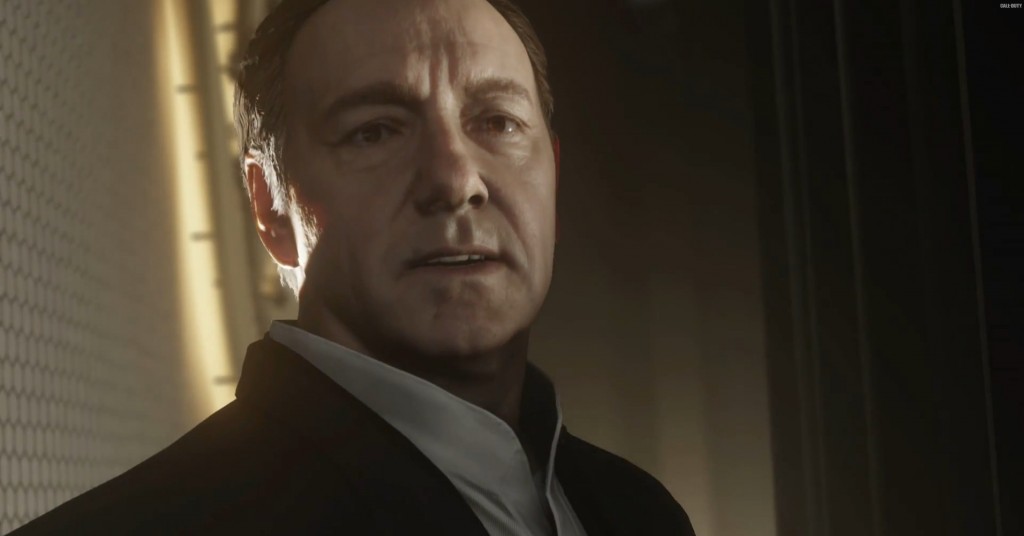 Kevin doesn’t exactly have House of Cards material to work with here.

I wonder if we’ll see Kevin Spacey’s House of Cards character playing Call of Duty: Advanced Warfare next season? That would be kind of odd. Especially since there seems to be something a bit off with Spacey’s motion capture in this game. His eyes sort of … lag behind the rest of his face.

If it turns out the big Advanced Warfare twist is that he’s a robot then I guess that’ll make sense.

Spacey runs Atlas, a private military corporation who DON’T NEED YOUR STINKING CONGRESS to go and do things. Because unregulated and unaccountable military forces are what the world needs, obviously. Atlas rose to power after a global terrorist attack blew up five nuclear power stations at the same time (the bombast with which this is revealed in the trailer is hilarious,) and this somehow crippled all governments everywhere, forever.

Luckily, good old Atlas was there to fill the military void and fight all the wars and stuff. Atlas was absolutely definitely not involved with or behind the original terrorist attacks though. No way man. Nu-uh.

This campaign story trailer ends with a little bit of multiplayer, in which somebody is doing fancy tricks with a jetpack or something. More information about that is promised on 11 August with a WORLD UNIVERSAL EXCLUSIVE SPECIAL MULTIPLAYER REVEAL BLOCKBUSTER. Call of Duty: never knowingly understated in its marketing.

See if you can figure out what’s wrong with Kevin Spacey’s animated face, below. Advanced Warfare is out in November because it’s a CoD game.