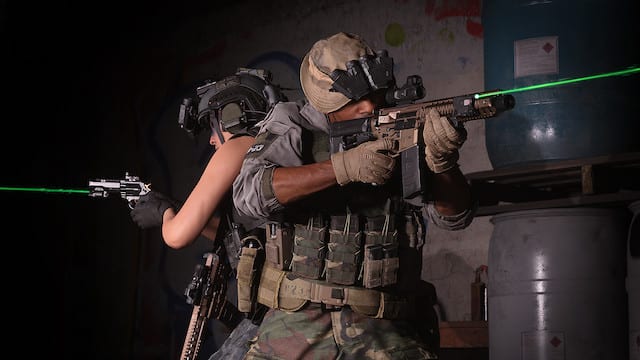 With the game just a few weeks away, Activision has more details on what’s to come with Call of Duty: Modern Warfare’s Special Ops mode. Different from the multiplayer portion of the game, these modes will keep you and three friends busy as you fight for survival.

The big focus on the latest trailer for the game, viewable below, is Operations. With these, teams of four can work together to complete a number of objectives against enemy forces. The ultimate goal with these missions is the “destruction of a key logistical aspect of the Al-Qatala army.”

Activision explained that in this mode, players can “employ different strategies. Go in quietly or tackle the insurrection head-on. The enemy reacts to your team’s decisions, meaning the outcome of any battle can change.” At the time of the game’s launch, four different Operations will be available. Infinity Ward noted that more will come following the game’s release.

There will also be Missions, different from Operations. According to the publisher, these provide “a more curated experience where your proficiency with specific weapons, killstreaks, and other tools will be tested.” Missions are meant to be replayed, and you will be ranked on a scale of one-to-three stars. Players can take these on by themselves if they wish or receive help from up to three other players.

Then there’s Survival mode, which will be an exclusive for PlayStation 4 owners through October 2020. This is more of a general “wave-based horde mode” within the game. Four players work together to take on “increasingly difficult and determined combatants in a variety of experiences” on three different multiplayer maps.

There’s a lot coming to this game, no matter which version you buy. Call of Duty: Modern Warfare launches on Oct. 25 for PC, Xbox One, and PlayStation 4.