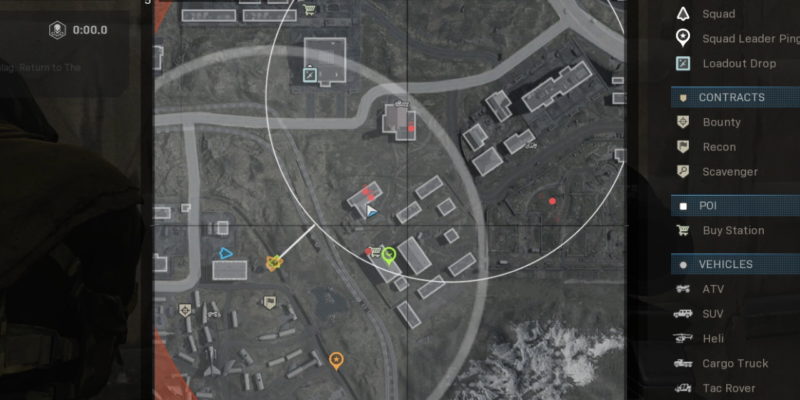 In most battle royale games, players have the ability to ping both enemies and locations. This is important as it gives your teammates precise visual call-outs that don’t require much mental processing. Call of Duty: Warzone is no different as it features a precision pinging system, both for your line of sight and the map as a whole.

Learning how to ping properly is key to becoming a better player. A good player will regularly use pings to keep their team informed in all sorts of situations. In this guide, you’ll learn when to ping, what to ping, and how to get the most out of the ping tool.

How to ping in Call of Duty: Warzone

With default controls your ping will be set to the left Alt key. For most players, this will probably be fine, but I found it impractical for a couple of reasons. One, I happen to use left Alt for crouch in first-person shooters. Second, there’s a better option anyway. I highly advise anyone with a gaming mouse to move their ping input onto a mouse button. It can be a side button, clicking the mouse wheel in, or even your mouse wheel scroll.

As for controller players, you’ll need to press up on your directional pad. This isn’t ideal since it requires you to remove your hands off of one of the thumbsticks. But due to the lack of alternative options, it’s probably your best overall choice. It’s just unfortunate because it makes shooting and pinging at the same time somewhat difficult, unlike on a keyboard.

The most obvious use of pinging is to highlight enemies. The primary function of this is to let your teammates know exactly where you have sighted an enemy. There are a ton of different situations where this is useful, from aiming at an unsuspecting team to spotting a distant sniper aiming at you. If your teammates understand where the enemy is, they’ll be able to either engage or disengage more effectively.

It’s worth knowing that you don’t need to directly ping an enemy to mark them as a threat. By double-tapping your ping button, you can highlight a specific spot as an area of danger, marked by a red diamond on screen. This is a great option if you spot an enemy in a window but they duck away before you directly ping them. Keep in mind though that a direct ping is better, as it will display an enemy’s movement for the next few seconds. 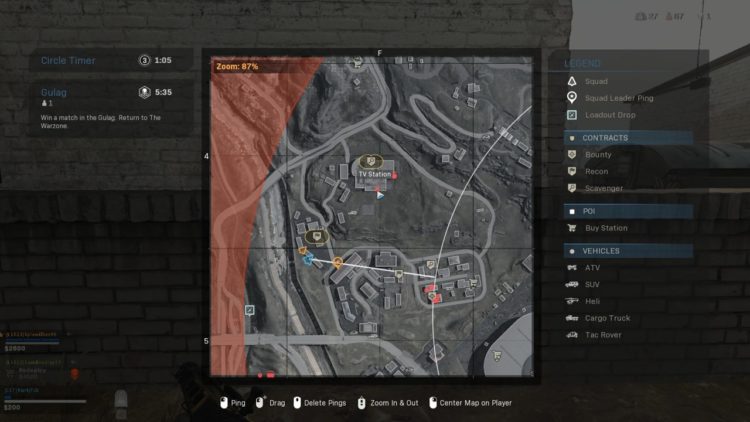 Also, you can spot enemies from an impressive distance by using the map. As soon as you hear un-suppressed gunfire, your first instinct should be to open up your Tac Map. If the gunfire was close by, it will appear as a red dot on your map. Be sure to mark this for your teammates so that they know where an enemy team could be located.

I want to emphasize that it doesn’t matter if you are with friends or randoms — pinging is always better than verbal communication. The problem with verbal call-outs is that they rely on the recipient translating words into a physical location in-game. Depending on the quality of the call-out, this can go horribly wrong and leave your teammates confused. By using the ping tool, you bypass this stage as they can see exactly where you have marked.

The ping tool’s usefulness in Call of Duty: Warzone isn’t limited to just spotting enemies. It can also be an effective tool for communicating buildings, areas, or even specific loot found across Verdansk. Case in point, if in the early game you find a strong weapon like an MP5 or M4A1 on the ground, pinging it will let your teammates know. Even though the game will only list it as something generic like an “Assault Rifle,” the accompanying image on the Tac Map will specify which weapon you have pinged.

This same concept can be applied to both armor and equipment too. The most common situation you’d want to use this in is if you find meta equipment such as C4, a heartbeat sensor, or stun grenade. This is more impactful in the early game before you have your loadouts, but it is a good habit to get into regardless. There’s never a situation where your team won’t benefit from your sharing useful loot. 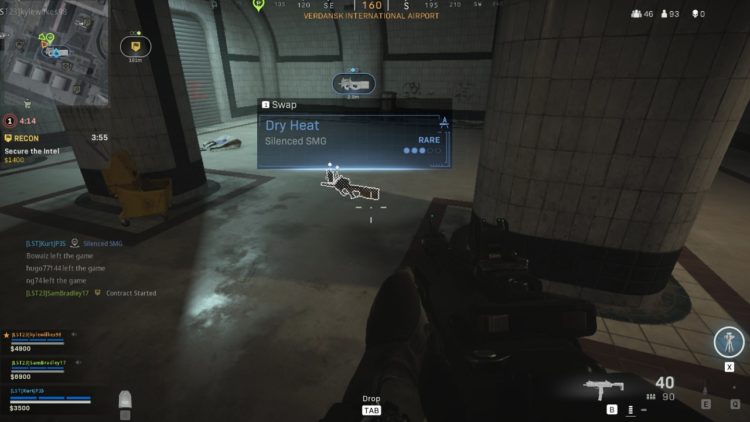 Otherwise, you can also use the ping tool to highlight potential areas you want your team to move to. This will usually require some sort of verbal cue to get your teammate’s attention, something along the lines of “Let’s head over here,” as you ping an area you think would be beneficial. Consider prioritizing high ground, power positions, or less populated regions. Remember to play to your gun’s strengths too. There’s no point moving to the top of a hill if you’re all running sub-machine guns. Equally, close-quarters combat is a bad idea for sniper players.

Finally, don’t be that teammate. There is nothing more frustrating than making a quality call-out, either verbally or with the ping tool, and having your teammate completely ignore it. Outside of Solos, Call of Duty: Warzone is very much a team-oriented game. Making sure you and your teammates are on the same wavelength is crucial to performing well consistently. I’d even go as far as to say it’s impossible to win without this chemistry.