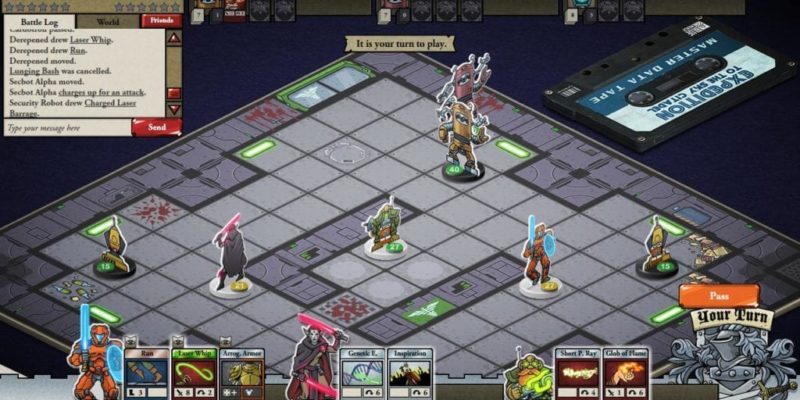 The client itself seems to be around 200MB, which isn’t exactly a massive download in this day and age, but you do still need to be online to actually play. I’m assuming that the 200MB client contains most of the art and so on, though, so that it doesn’t need to download that during play. No guarantees, though. That’s just a guess.

Card Hunter is basically a tactical RPG, in that you move your heroes around a grid-based area and have them bash monsters in the face. The difference is that they move and attack by playing cards, with different bits of equipment putting different cards into their decks. It’s a novel concept, and one that works extraordinarily well. Give it a shot.

Five Nights At Freddy’s 4 Gets A New Release Date