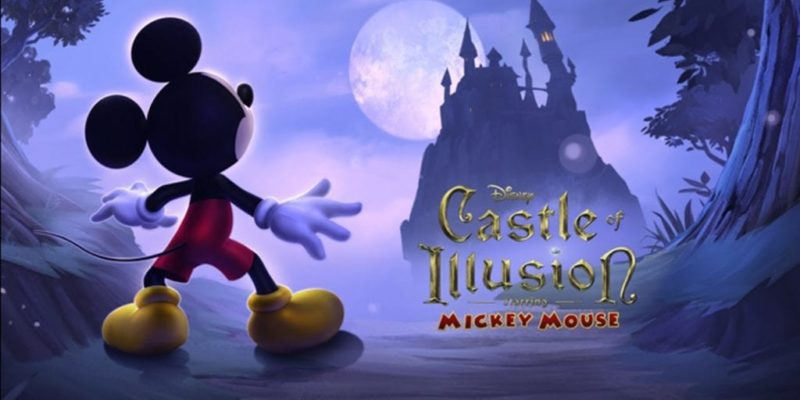 Multiple reports of Castle of Illusion keys being revoked on Steam are under investigation by at least two of the digital stores involved. A fairly lengthy Steam thread is filling up with players who have had their copy of the game deactivated.

Two of the retailers involved, GamesPlanet and Green Man Gaming have issued statements (one public, the other a customer service response shared by a Steam user). GamesPlanet have said the following via Reddit: “We noticed that SEGA has revoked copies of Castle of Illusion on Steam from users accounts, this problem reaches to other stores as well and we’ve not requested the revoke at all. We have contacted the publisher and will get a resolution on this matter as soon as we can (hopefully soon). Rest assured, anyone that has bought a game from us will get their game back.”

Green Man Gaming’s customer service response, meanwhile, is a slightly more generic “Your query requires further investigation; we are looking into this with priority. We hope to have an answer for you shortly and we will update this ticket as soon as possible.”

Other retailers known to be affected are IndieGala, DLGamer and BundleStars. Bizarrely, one BundleStars purchaser has said that simply re-redeeming his key worked. That doesn’t appear to be the case for the majority of people.

Update: A further response from DLGamer suggests that keys (their keys; but if the problem is resolved it would presumably apply to all of them) will be reactivated within 24 to 48 hours. “It’s an issue on Genba side which are managing all Steam code have encountered a technical issue, sega is already informed and are reactiving games codes accordingly to that problem. Activations codes will be reactivated in 24/48 hours.”

The 2013 Castle of Illusion remake was de-listed on Steam (and other platforms) last September after the publishing agreement between SEGA and Disney came to an end. Those who bought the game before that date, however, should be able to still play the game with no problems. The message people are receiving about the key being revoked can be seen below. 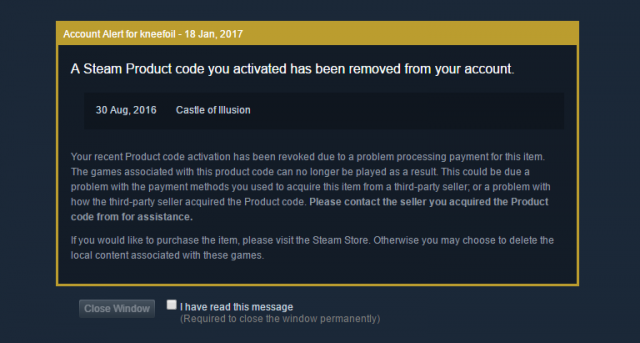