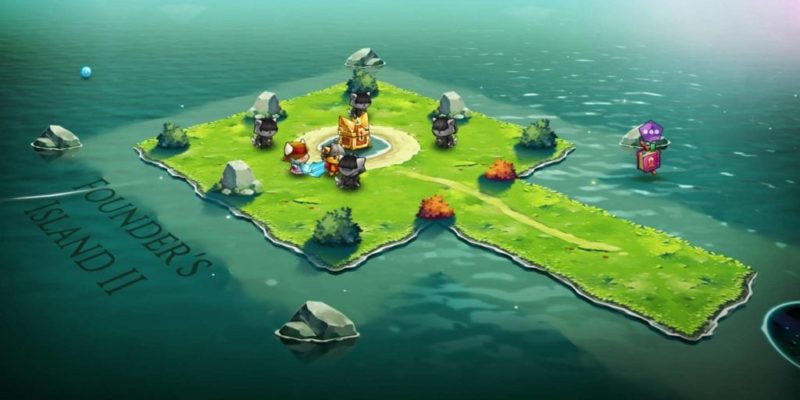 Cat Quest 2 may have a main story that you can beat in half a dozen hours, but the adventure doesn’t stop there. That’s because you can still grind for extra levels while finding some of its endgame secrets. A major fixture, just like the first game, is the existence of Golden Chests and the Founder’s Island. These are all in Cat Quest 2 and they’re the focus of this mini-guide. 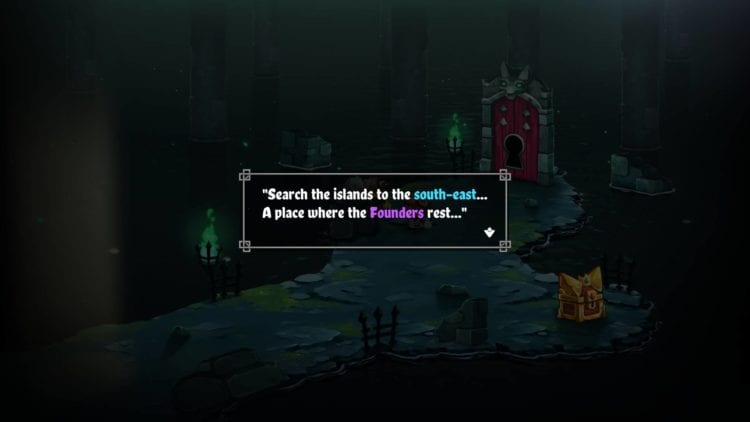 During your trials and tribulations in Cat Quest 2, you might’ve noticed a location in Felingard called the Hidden Cave (which has a level 99 requirement). You won’t be able to access the area behind the door until much later in the game once you’re able to tackle Founder’s Island II.

Just like in the first game, Founder’s Island II is tucked away in a corner of the map. In Cat Quest 2, it’s in the southeastern portion. Open the world map and pan your camera down and then to the right. You’ll find it soon enough. Getting here is the first step in a fairly straightforward sidequest that’d let you open Cat Quest 2‘s Golden Chests.

Note: You’ll need to be able to walk on water to reach this area. Check out our Cat Quest 2 water-walking mini-guide for more info. 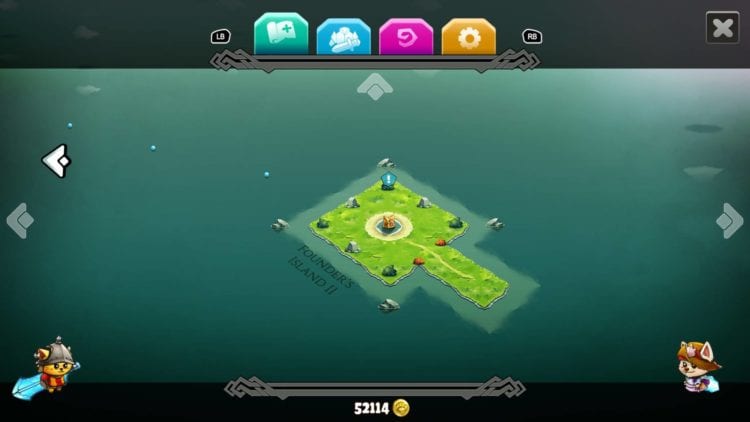 Once you’ve leveled up a bit and you’ve made your way there, be prepared for a treat. As usual, this easter egg is a nod to fans of the game since you’ll be humored by the dev team from The Gentlebros. They’ll start spawning random NPCs and changing the music, and they’ll even joke about deleting your save file. (Don’t worry, they won’t do that, although the warning did make me create a backup save, haha.)

Once you speak to the fourth and final Gentlebro, you’ll be given a quest called “This Is It.” It’s imperative that you save first. Also, make sure that you’re around level 75-80 so things are more manageable. If you still need help with that, then head over to our Cat Quest 2 leveling mini-guide. 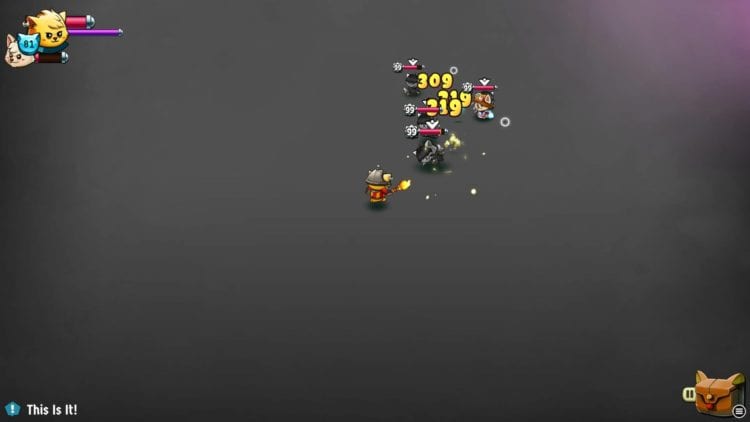 Once you accept this quest, you’ll be pitted in a battle against the four members of the dev team and they’re all level 99. I was around level 81 when I did this, and it took a while. Don’t attempt to melee the four bosses as they’ll just swat you like a fly with their attacks. Use ranged weapons and play defensively. Cast Freezepaw when you can to slow them down while shooting them with your wand/staff attacks.

You’ll slowly whittle them down one by one. Eventually, you’ll defeat the group and they’ll reward you with a ton of experience points and gold. 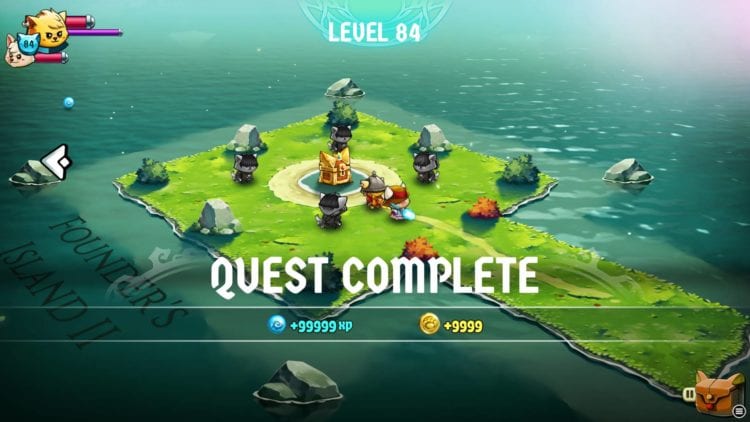 You’ll also be given the Gentle Suit which is already level 25. You can see its stat boosts below, and do take note of that extra perk that lowers the cost of magic spells. 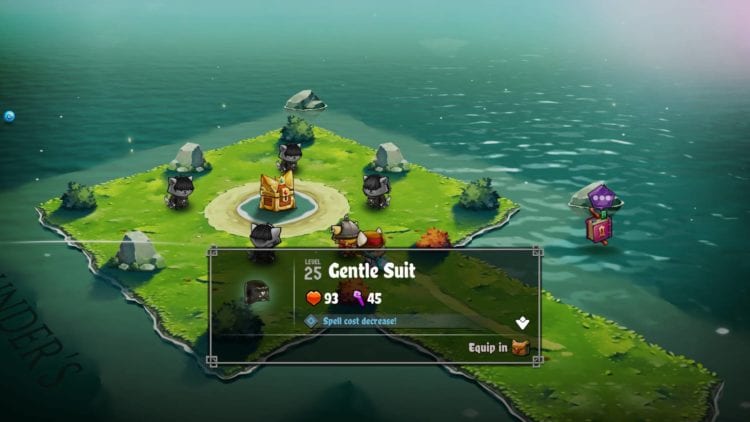 You don’t have the means of opening Golden Chests just yet. For now, head to the Hidden Cave which is in southeastern Felingard near the Novem Ruins and King Lionardo Ruins. It’s the same level 99 cave mentioned earlier. 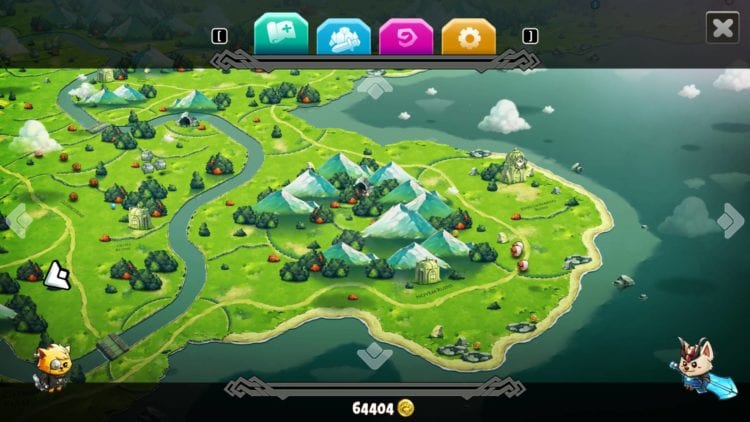 You can now open the door which leads to a small chamber. There are three mimic chests here just like in the first Cat Quest game. The Golden Key is just beyond your reach and you need to take out these enemies to obtain it.

The mimics are all level 99 and they only have one attack — a melee-range stomp. But, they hit extremely hard. These mobs can do 9,999 damage, killing your characters in a single blow! Again, play defensively from a distance. 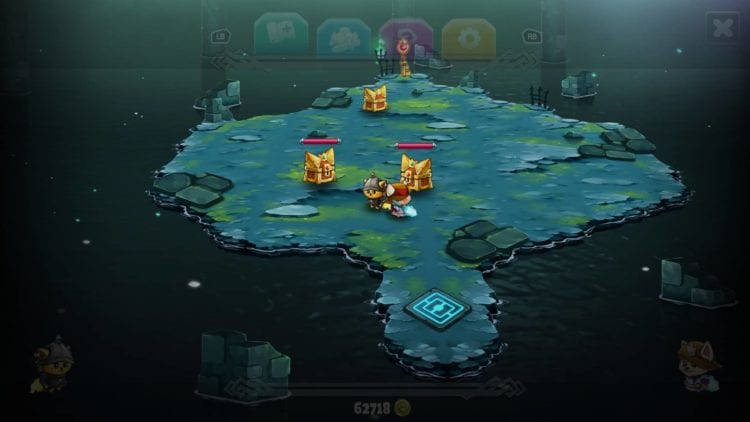 Once they’re dead, you can now grab the Golden Key. This will allow you to open all the Golden Chests that are scattered all over Cat Quest 2‘s world map.

The Golden Chest in the Hidden Cave’s first room has The Architect, a magic staff which shoots orbs sideways. It increases your magic attacks while decreasing the cost of spells. 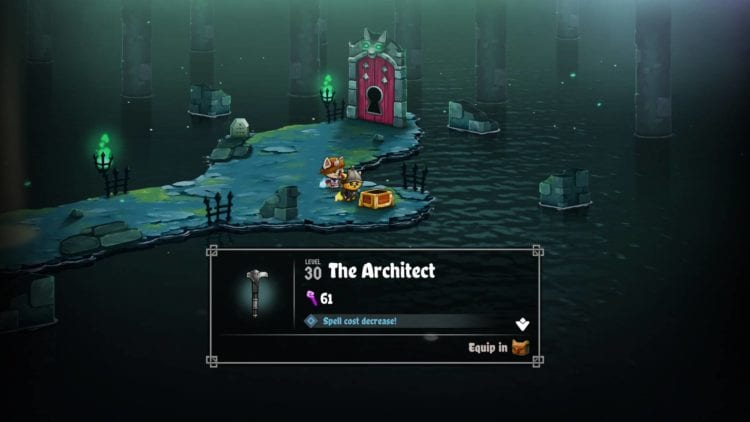 If you head back to Cat Quest 2‘s Founder’s Island, you can open the Golden Chest there which provides the Gentle Monocle. This boosts your health and magic attacks while also decreasing the mana cost of spells.

There are more Golden Chests out there and more secrets to find. Happy hunting! 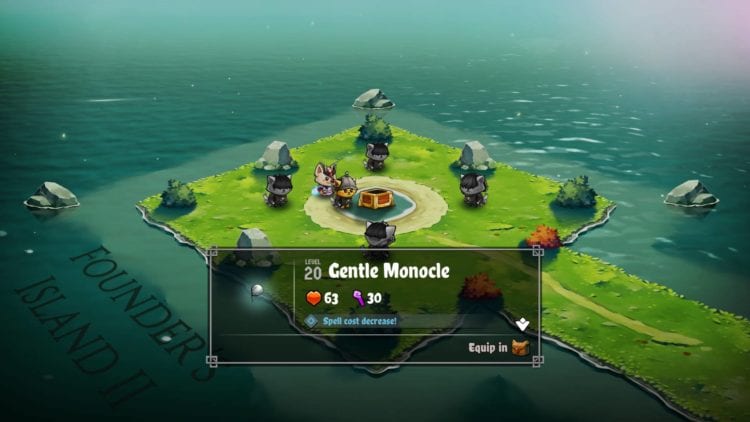 We hope this Cat Quest 2 mini-guide helps you in finding and opening Golden Chests. Cat Quest 2 releases today, September 24. If you’re interested in checking it out, then head over to its Steam store page. As usual, we have our guides and features hub to keep you covered.

The Surge 2 – Quick tips to get you started