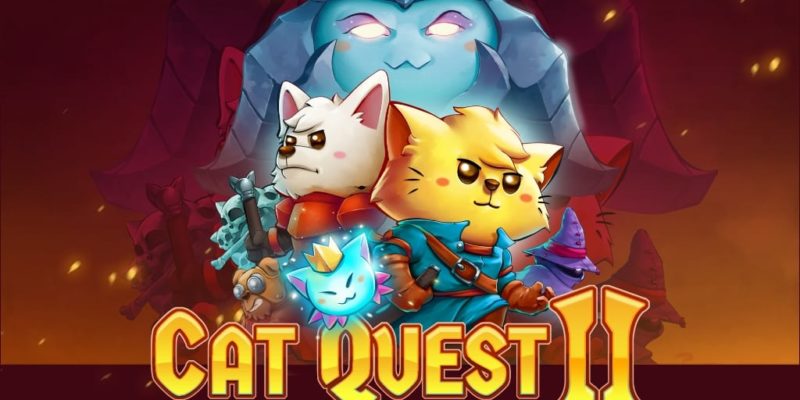 Get ready for another paw-some adventure in Cat Quest II. The pun-filled action RPG will be available on Steam beginning Sept. 24. It will also be receiving a Nintendo Switch, PlayStation 4, and Xbox One release later this fall.

Two years after releasing Cat Quest, developers The Gentlebros have created a brand new story with new surprises. Players will be returning to the world of Felingard to face a war-torn land ravaged by the ongoing fight between cats and dogs. This time, the dog-run land known as the Lupus Empire will be added to this open-world adventure.

The Lupus Empire is quite hot, and this is reflected in the deserts that surround the capital and warm color palette throughout the land. Lupus has been overtaken by a crazed emperor named Wolfen. Meanwhile, the same situation has befallen the Cat Kingdom. Players will venture forth with a cat king and dog king who’ve lost their thrones. The two are reluctant to join forces given the war between their nations; however, it’s the only way for either to regain control of their lands.

Here’s a look at the reveal trailer for Cat Quest 2.

Unlike in the first Cat Quest, players are now able to play cooperatively. Local co-op will be available and players can choose to control either the cat or dog king. In solo mode players can choose to swap between characters as well. New passive skills on armor will additionally be introduced. Characters can now be customized with stats boosts such as increased attack speed, magic resist, and so on. New weapons like staves will be added too, along with new spells and passive abilities that can be mixed and matched.

Players can try out a free demo for the first Cat Quest on Steam before committing to Cat Quest II.