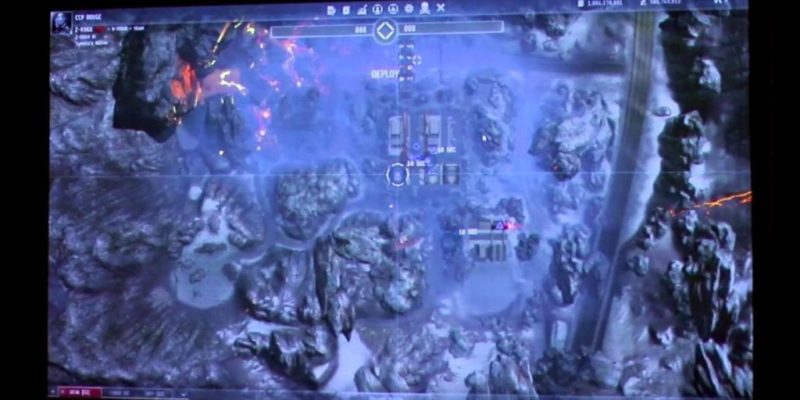 The EVE Fanfest is underway and CCP has decided now would be a good time to talk about their latest game in development which is going by the name of Project Legion.

It’s early days for Project Legion and CCP are planning to build on their PS3 Dust 514 shooter and bring FPS action to PC gamers. This is not a reboot of Dust 514, this is an entirely new game and it will be free to play.

Like EVE there will be a focus on the social interaction as players take part in PvP and PvE style gameplay but CCP are looking to blur the lines between the two to make this a competitive shooter with a player driven economy through scavenging, tournaments and contracts.

Players will start out in a hangar and then scan the star systems for missions. It all looks very swish and visually impressive even at these early stages of development (see below).

With the PS3 on the way out, it makes perfect sense for CCP to take everything they’ve learned from Dust and expand the EVE universe on the PC. Fans at the event sounded pleased by the reveal and CCP is now very focused on getting their feedback in these early stages of development.

This how it was shown today a the FanFest…