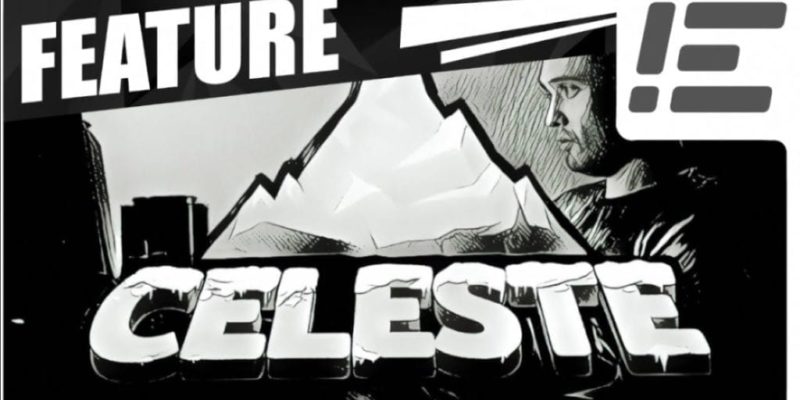 Celeste, at its core, is an intricate 2D platformer that pushes players to the very edge with its incredibly difficult stages, puzzles, and mechanics. Yet, it never feels like it’s too much to handle, and that is exactly how the developers intended it to be. They want the game to be as challenging as it can be without making too overbearing for players. By making the respawn timers are basically non-existent and the gameplay does not feel too punishing for failing, Celeste is truly a game for anyone. Each stage has its own sort of mechanic that does a good job of differentiating itself from other sections in the game. And the characters all have their own special charm to them that is essential to the story. As for the story itself, truly remarkable. There are so few games that attempt to tackle sensitive subjects like anxiety and depression, but this one does it such a way that really shows visually and verbally what it can be like to live with these afflictions. Celeste has not only reignited my love for platformers, but also tells a heart-filled story about a girl named Madeline that filled me with joy.

Platforming at its Finest

Celeste has some of the most well designed and well thought out levels out there. Each section feels like a mini puzzle that you must solve before practicing the mechanics to get through to the next room. I never felt as though I was being punished for failing because after each room that is completed there is a checkmark and no room takes more than maybe thirty seconds to get through. Not to mention there are several hidden pathways that hide different collectibles, including additional levels, crystal hearts, and secret strawberries. There are hundreds of strawberries hidden all throughout the game, most of which are in plain sight. The ones that are out in the open can be incredibly difficult to obtain, especially the further on into the game you get. They can create a whole other layer of difficulty in a room. I found myself having to skip certain berries just so I can proceed to the next area.

One of the best features that the developers included has to be the assist mode. They do such a great job of making this game accessible to everyone without making the player feel like they are being looked down upon for using it. They even give you a little note when you go to turn on assist mode saying that the game is designed to be difficult on purpose, but they understand that everyone plays differently. They want you to experience this game the way that you want to experience it, and I commend them for that. Before we move on, I would be remiss if I had not mentioned the soundtrack. The music in Celeste is perfect in every way. It sets a mood that complements the level design of the area you’re in flawlessly. It’s just mellow enough so you can still maintain a level of concentration during the gameplay.

The storyline and character development are where this game truly stands out amongst other platformers. The main protagonist of the story is named Madeline, and we follow her as she attempts to climb the mysterious and treacherous Mt. Celeste. Although we don’t know exactly why until later on in the game. When Madeline comes across a mirror that manifests what appears to be her, the manifestation claims to be Madeline’s “pragmatic” side. It tells her that it doesn’t get why they are here and that they should leave, together. It isn’t until the end of this level where Madeline finds a payphone and has a phone call with her mother when we realize that she struggles with anxiety and panic attacks. This is why she wants to climb the mountain, she is trying to prove a point to herself that she can do it and doesn’t want to break any more promises to herself.

This creates a character that anyone who knows what it’s like to suffer from anxiety or depression can relate to. It also helps anyone who may not know what its like to suffer from these awful afflictions to understand what may go on inside their heads. Besides Dark Madeline, we meet another young gentleman along the way named, Theo. There are several encounters with this photogenic young man, and some of the most memorable parts of this game come from interactions she has with him. I praise Celeste for many reasons but, the thing I admire the most is how genuine the conversations between these characters feel. It feels as though the writers have such I personal connection with these characters and that they know this is how a real conversation between these two would go. For the most part, this is how all the interactions felt.

There are also several moments in the game where either Madeline or another character says, “just breathe.” I don’t believe that the writers are just talking to the Madeline, but also talking to you, the player. Whether or not it is referring to a difficult section of the game or talking more personally to the player. It feels as though the game understands, and I appreciate that.

There is nothing that I don’t love about this game and highly recommend it to anyone who loves a powerful plot, genuine narrative, and addictively fun gameplay. Not only is this game is accessible for players of all calibers, but it is available on every major console and is only $20.00 USD. There really isn’t a reason to not give this game a try so go check it out. So, until next time, thank you so much and remember, just breathe.