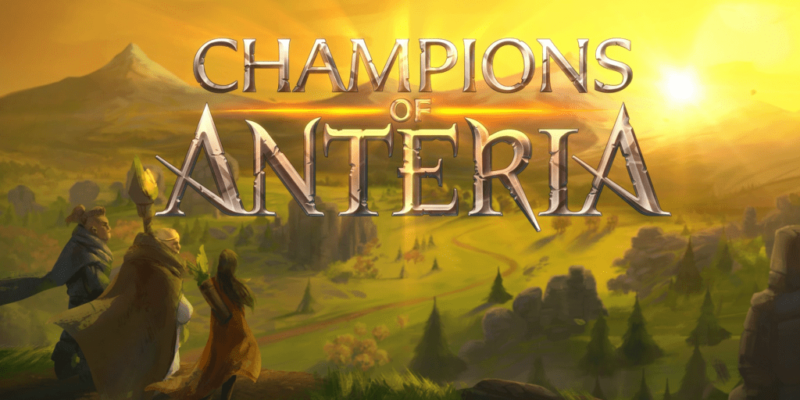 Remember when EA commissioned a cyberpunk FPS with a decent co-op multiplayer mode and thought ‘sod it, we own the name, let’s just call it Syndicate’? Or when Bandai Namco went mental and put the Souls title on this piece of excrement? It didn’t make a whole lot of sense, because the people who remembered the original Syndicate and/or liked Dark Souls could identify pretty quickly that these new things had very little in common with their namesakes. The rest of the people didn’t know what Syndicate or Dark Souls were, so it was a waste of time for them too.

Happily, Ubisoft’s Champions of Anteria has side-stepped that mistake. Originally announced as part of the Settlers series, the game has since gone through some development changes and dropped that association. A wise move, because it doesn’t have a whole lot mechanically in common with Settlers any longer, except for a few building names and the general (side) concept of constructing a town. 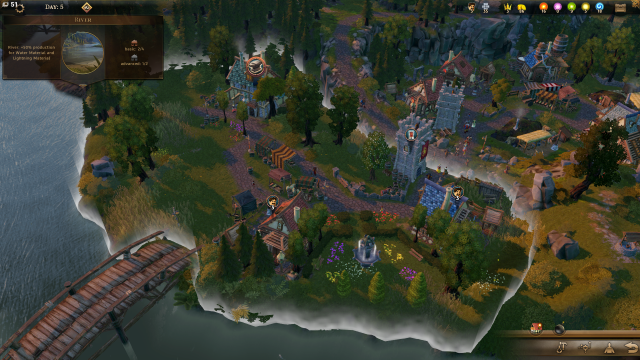 You can see the Settlers roots in shots like this, admittedly.

The bulk of the game is a three-hero, real-time-with-pausing, tactical combat type thing. Rather like Cyanide’s Confrontation, or Aarklash: Legacy (but a bit more straightfoward and relaxed), for people familiar with those titles. Your titular champions (three at first, with a couple more recruited along the way) have returned to the equally titular Anteria, only to find the region in a major slump. Monsters run amok, the towns are dilapidated, and there’s a dubious wizard fellow who’s probably behind it all.

In order to patch up your home town (more on that later), it’s necessary to head out into the countryside and conquer more territory. Doing this builds up renown and gold reserves, with the former being a currency for unlocking new buildings, potions, equipment for the champions, and levelling up in general. Out in the wilds, on top-down, isometric-ish maps is where the Champions of Anteria earn most of their keep.

These levels take twenty minutes or so to complete (at least, that’s the case for the first dozen or so available in this preview code), and each one prescribes your hand-picked trio a specific mission. That might be a simple case of clearing out camps of monsters, escorting a caravan, setting up outposts, or (in some cases) defending against attackers encroaching on your new land. Whatever the case, your actions are pretty similar: stroll around the map engaging (or avoiding, if you prefer) the creatures, bandits, and other factions trying to get in your way, then finish up the objective. 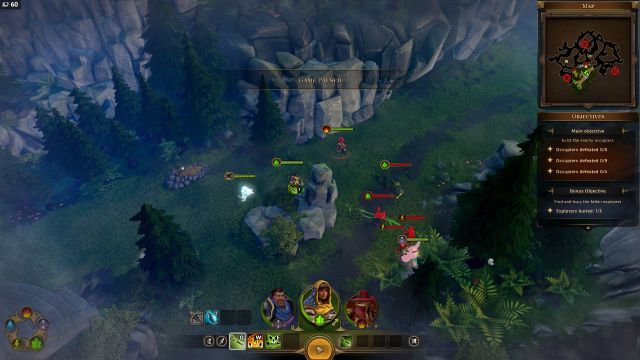 Here I am trying to see off some Nature-tinged goblins.

Combat is where Champions of Anteria aims for slightly more tactical finesse than the stat-based hack and slash aRPGs with which it shares a camera angle. Every champion and foe is defined by one of five elements, which have a circular hierarchy of dominance. Fire beats Metal, which beats Nature, which beats Lightning, which beats Water, which, in turn, beats Fire. If your fighter, Vargus (Metal) goes up against a Nature-affiliated enemy, he’s going to be doing critical attacks all day long and taking very little damage in return. Conversely, if he’s attacked by a Fire creature, he’s going to be in trouble. Melty trouble.

To prevent the game just devolving into lining up your champions with the correct elemental foe, each character has a mixture of cooldown abilities which aren’t always linked to their main element. Nusala, for instance, is a Nature champion with a bow. But each shot she takes ‘marks’ an enemy with an arrowhead (up to three), which can then be detonated for Fire damage. Brother Anslem, a Lightning monk, has an ability that will turn a given target’s elemental to Lightning for a period of time, potentially negating it as a threat.

Champions of Anteria also lets you kit your champions out with consumables. Some of these deal direct damage of a certain elemental type, others provide area healing, and certain potions can temporarily alter a character’s main Element (like a more flexible version of Anslem’s power). All of this stuff, as well as new weapons and armour for your champions (and new skills when they level up) is chosen and constructed back at your home town. 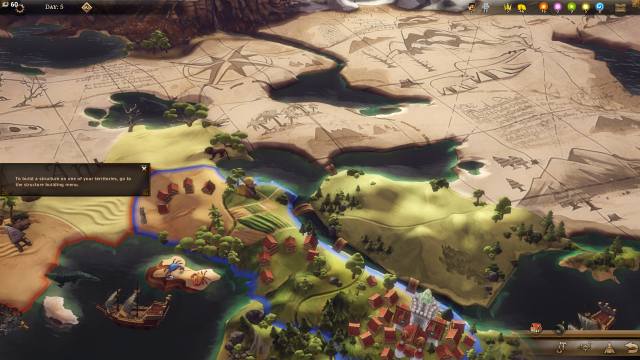 The world map, from whence you will plan your next moves.

Planning for your next move takes place on a turn-based world map, where each turn allows you to make constructions in your town and embark on one mission (or realm defense). In the town, all buildings are constructed instantly, but require enough building materials, space, and villagers to do so. There’s some light strategic planning here, as each space around the main castle provides different bonuses (meadows are good for Nature-material buildings, and so on) and some buildings don’t do too well when in the same sector as others.

Effectively, you’re creating an economy that will sustain the creation of more advanced buildings (unlocked through renown), and the production of resources to go towards equipping your champions. A steady supply of healing potions (requiring Water materials and an Alchemist), for example, is pretty important early on, as this is your only initial source of patching up champions mid-battle.

Once you reach the boss fights in each faction’s region, you’ll want to be well levelled up and packing a fair amount of consumable goodies. The Queen of the Dune regions has quite a collection of pet scorpions, as well as a combustible set of Fire abilities. Oh, and four arms. Which means twice as many swords. 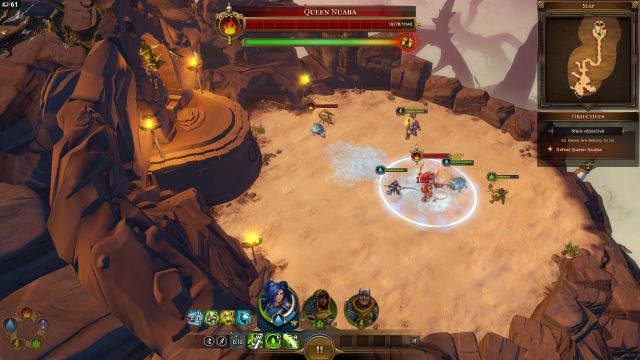 Blasting her with as much water as possible seems to work.

Champions of Anteria presents all of this in a rather whimsical and self-referential fashion. The main framing device is that all your actions are being recalled as a pub yarn by a fellow named Bryan, which means he’s regularly narrating and commenting on your activities. That’s all fine (and manages to be pretty upbeat and entertaining for the most part), but it concerns me a little that the one-liners had started repeating after only a couple of hours of play. A sarcastic suggestion that “This victory will be studied by military historians for years … which shows military historians should get out more” is not bad the first time around. Three of the same quips later, it’s rather more irritating. Even one of the mission maps was a straight up repeat (same objectives, enemy positioning and everything), which I dearly hope is only the case for the preview build.

The repetition feeds into my main concern about Champions of Anteria, which is while both questing and building segments integrate well with one another, individually they feel a bit slight. Missions seemed to collide with the problem of rote tactics, where once I’d grasped the system I’d be queuing up the same set of attacks, in the same order, for almost every encounter. That issue eventually afflicts most other games with real-time-with-pause combat like Pillars of Eternity (or the aforementioned Aarklash titles), but seemed to appear rather more quickly here. Boss fights, at least, shook things up; so hopefully as the ‘standard’ missions progress they can stretch the Elemental mechanics a bit further. Without some additional tactical and strategic depth, I fear Champions of Anteria will wind up feeling cheerful but a little insubstantial.

Champions of Anteria is coming to PC on 30 August.

Taking the “Mega” out of Mega Man: Mighty No. 9 PC Review